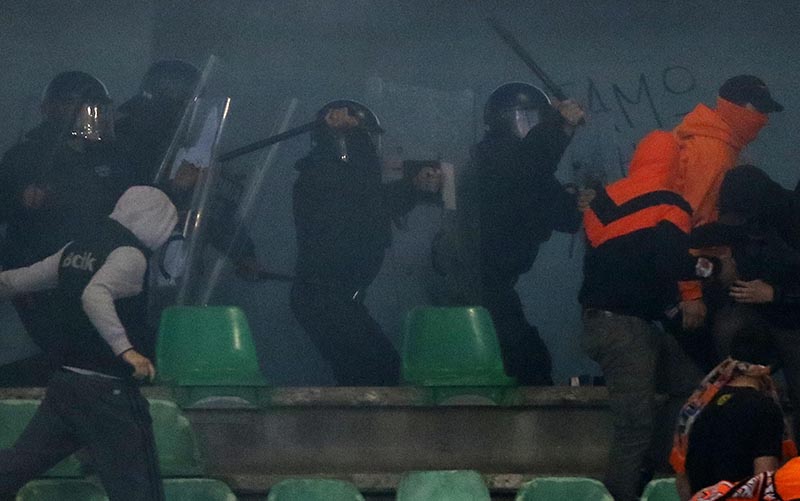 President Nicos Anastasiades on Tuesday requested detailed information on the recent violent incidents involving football fans that have resulted in multiple injuries, asking police to show “the necessary seriousness” as the end of the championship approaches.

In a written statement, Government Spokesman Marios Pelekanos expressed the government’s unequivocal condemnation of any form of violence.

“The president has been informed of the events and developments relating to a number of serious incidents taking place in the past few weeks in Cypriot football,” Pelekanos said.

“He asked for a detailed report recording any gaps identified in the procedures of prevention and immediate suppression of similar incidents”.

With interest in football expected to peak with the end of the championship, the spokesman said that Anastasiades has instructed police “to strengthen their presence and the measures implemented by demonstrating the necessary seriousness, in order to prevent any deviant behaviour in the remaining matches of the championship.

“The unequivocal condemnation of any form of violence is, unfortunately, a trivial but necessary action,” Pelekanos said.

“Let us be clear that as a government we are patently opposed to any acts of violence or delinquent behaviour, and will be relentless in the face of any similar incidents”.

The statement came in response to incidents reported over the past few weeks, which culminated this weekend with the serious injury of a 20-year-old ahead of an Anorthosis-Apollon match at Antonis Papadopoulos stadium in Larnaca.

Reports said fans of the two teams had started small fires with fireworks in a field opposite the stadium ahead of a match on Saturday, which were put out by police and the fire service.

But the injured man had been out walking his dog when he saw the fire and tried to put it out when a Molotov cocktail was thrown at him.

Two men aged 22 and 30 have presented themselves to police, allegedly admitting their involvement in the incidents, and were both charged in writing and released to be summoned to court later.

Police are seeking eight more suspects, with police spokesman Christos Andreou saying that investigations are “leading in a specific direction”.

Meanwhile, a 27-year-old Paphos football fan was hospitalised on Friday after falling during a match.

He had been participating in celebrations after a match between Paphos and Aris Limassol when he fell through the fabric entrance tunnel which collapsed.

On April 19, a 45-year-old man was arrested for assault after being identified as being involved in incidents before an Akritas Chlorakas – Omonia 29M match in Paphos. He allegedly attacked and injured a 33-year-old supervisor.