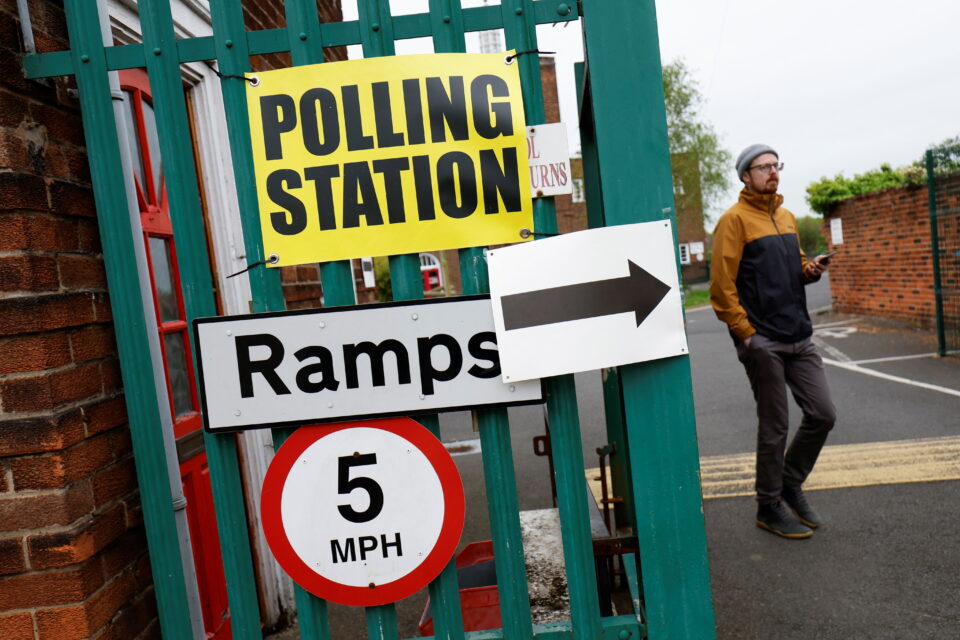 Voters in Britain went to the polls in local government elections on Thursday where they are expected to punish Prime Minister Boris Johnson over a cost-of-living crisis and fines for breaking his own COVID-19 lockdown rules.

The elections are seen as a test of support for Johnson, who became the first British leader in living memory to have broken the law while in office when he was fined last month for attending a birthday gathering in his office in 2020.

A sharp rise in global energy prices that has pushed up consumers’ gas and electricity bills is now also feeding through to the cost of goods in shops, putting more pressure on household budgets.

A poor set of results will increase pressure on Johnson, who has been under pressure for months and faces three investigations and the possibility of more police fines over his attendance at other lockdown-breaking gatherings.

“These elections are without doubt the biggest test of Boris Johnson since the 2019 general election and come after what has been a very difficult time for him and his government,” said Tony Travers, a professor at the London School of Economics.

But some lawmakers among Johnson’s governing Conservatives say that while the party may perform badly in some of its traditional supportive regions in southeast England, critics may not have the numbers to trigger a coup against the prime minister.

“I don’t think they have the numbers. It’s not wise to move until you do have the numbers,” one Conservative former minister said on condition of anonymity, referring to several unsuccessful attempts to oust Johnson’s predecessor Theresa May.

Votes will decide almost 7,000 council seats across the United Kingdom, determining the makeup of 140 local government authorities, which are responsible for the day-to-day provision of public services.

On Thursday morning Johnson, accompanied by his dog Dilyn, went to a polling station at Methodist Central Hall a short walk from his Downing Street residence to cast his vote.

The results will not directly affect Johnson’s practical ability to govern because the vote does not cause seats in parliament to change hands.

But with the main opposition Labour Party trying to press its criticism of the government’s response to the cost-of-living crisis, a poor performance could embolden critics in his party who wonder if he is still an electoral asset ahead of the next general election that must be held before the end of 2024.

Adding to borrowers’ woes, the Bank of England is likely to raise interest rates to the highest level in 13 years on Thursday as it battles high inflation.

An analysis by pollster Find Out Now and political consultancy Electoral Calculus suggested the Conservatives could lose some 800 council seats and Labour could gain control of about 20 councils.

Academics Colin Rallings and Michael Thrasher say a loss of 350 Conservative seats would be bad for the Conservatives.

“Unless the results are catastrophically bad, I expect Johnson will be damaged, but he will continue to limp on,” Travers said. “At the moment, he is helped by the lack of any obvious successor.”

Two of the key results in London will be Wandsworth and Westminster, both traditionally Conservative strongholds that now could be within reach of Labour.

Results are expected to start coming in from the early hours of Friday.