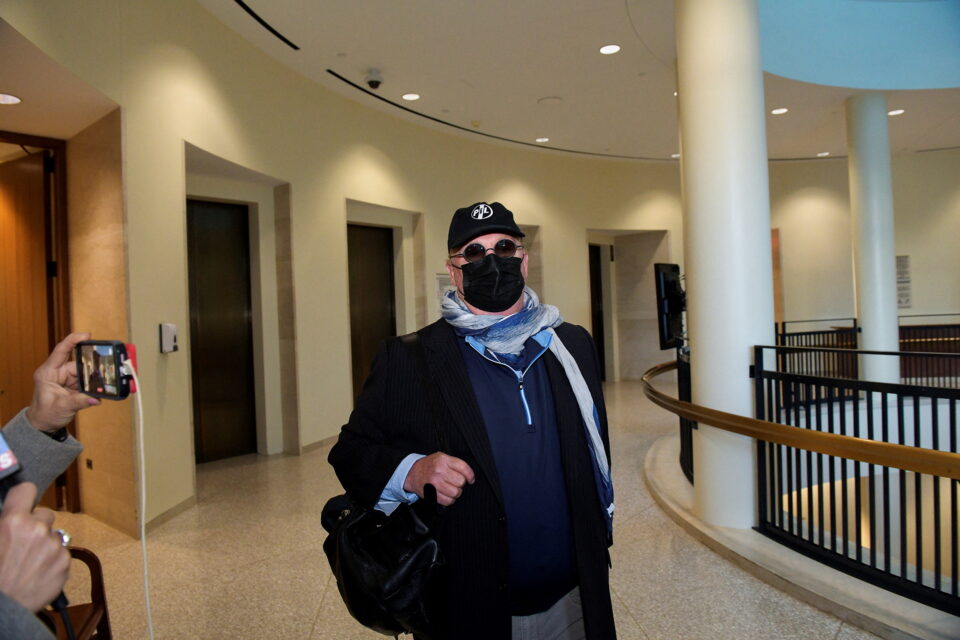 A teary Boston-area software worker on Monday testified that celebrity chef Mario Batali groped and squeezed her “sensitive feminine areas” five years ago at a Boston bar while posing with her for “selfie” photographs.

Natali Tene, 32, recounted from the witness stand being “shocked” and “alarmed” by the encounter with the famed chef as Batali, 61, went on trial in Boston Municipal Court on a 2019 charge of indecent assault and battery.

“It all happened so fast,” Tene testified in the non-jury trial. “Essentially the whole time there was touching of my sensitive feminine areas.”

Her claims form the basis of the only criminal case to result from multiple #MeToo-era claims of sexual harassment and assault that helped fuel Batali’s downfall. She said she came forward after realizing she was not alone.

“I want to be able to take control of what happened and come forward, say my piece, get the truth out there – and everybody be accountable for their actions,” Tene said.

Batali, who has denied the allegations, faces if convicted up to 2-1/2 years in jail and having to register as a sex offender.

“The defense in this case is very simple: This didn’t happen,” Anthony Fuller, the lawyer representing Batali, said during his opening statement earlier in the day.

While the case had been set for a jury trial, Batali waived his right to one and elected to have Judge James Stanton decide his guilt or innocence.

The case is one of a handful of criminal prosecutions of celebrities following the explosion of the #MeToo movement in 2017, which exposed widespread patterns of sexual harassment or abuse of women in multiple spheres of American life.

Prosecutors said Tene came forward with her account after the website Eater.com in December 2017 detailed allegations by four women who said Batali touched them inappropriately over at least two decades.

The Eater.com report and others prompted Batali’s firing from the ABC cooking and talk show “The Chew,” and Batali later cut ties with restaurants like New York’s Babbo and Del Posto he partly owned. He denied allegations of sexual assault but apologized for “deeply inappropriate” behavior.

Batali and his business partner in July agreed to pay $600,000 to at least 20 former employees to resolve claims by New York’s attorney general that their Manhattan restaurants were rife with sexual harassment.

Prosecutors have said that Batali drunkenly assaulted Tene shortly after midnight on April 1, 2017, while posing with her for selfies at a bar near Boston’s Eataly, the Italian market and restaurant he at the time part owned.

“She wanted to get a celebrity picture with a celebrity chef, the defendant,” Assistant District Attorney Nina Bonelli said in her opening statement. “Instead of just selfies, the defendant began groping Ms. Tene’s body.”

But Fuller said Tene’s own photos and videos from that night showed that no assault occurred and argued that “self-serving, biased testimony” was simply to support a civil lawsuit she filed in hopes of a monetary settlement.

Fuller argued that Tene’s credibility was undercut by her text messages with a friend joking about the incident. When filling out a questionnaire for jury duty in an unrelated assault case, rather than say she was a crime victim to get out of jury duty, she falsely claimed to be clairvoyant, Fuller said.

Coronavirus: Virus caused two per cent of fatalities in 2020