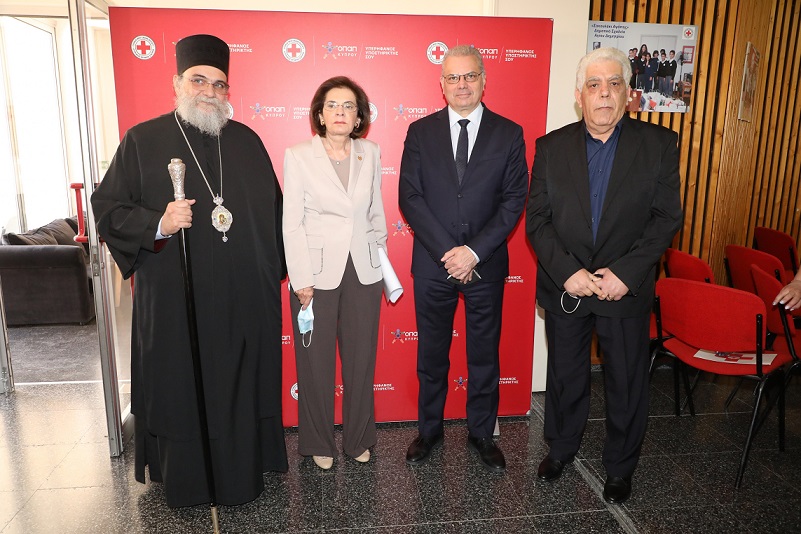 The Cyprus Red Cross (CRC), with OPAP Cyprus once more at its side, has officially announced the launch of the Pancyprian Fundraiser, established in 1991, with the aim of supporting its social and humanitarian programmes.

The launch of the fundraiser is part of the celebration of World Red Cross and Red Crescent Day that took place on May 8 and will run until Saturday, May 28.

Having been declared by Minister of Interior, Nicos Nouris, on Friday May 6, the charitable drive returns to its traditional format after two challenging years. Minister Nouris stressed the importance of the humanitarian work of the Cyprus Red Cross, especially during this period, where the consequences of the pandemic and tragic developments internationally are causing additional problems and needs.

The Interior Minister also expressed his confidence that the Cypriot people would spontaneously respond to the fundraiser, while thanking OPAP Cyprus, which consistently supports not only the Red Cross, but also the whole of society, boosting the efforts of state programmes and initiatives across all sectors.

CRC President Fotini Papadopoulou, under the motto ‘Love means giving!’, praised the decisive contribution of the Cypriot people, as well as thousands of volunteers, to the success of the Fundraiser and outlined the ways in which proceeds are used every year for the benefit of others.

She also made reference to the huge humanitarian crisis caused by the war in Ukraine, stressing that the Cyprus Red Cross, as an auxiliary body of the public authorities for humanitarian issues, has been responding from the start, providing humanitarian aid, always with respect and love. CRC’s head also expressed her gratitude to OPAP Cyprus for its consistent and decisive support to the Red Cross’ programmes.

The increased needs that the Red Cross has to cover were also mentioned by the member of the Board of Directors of OPAP Cyprus Charalambos Christou, stressing that “we all have to contribute to the success of the Cyprus Red Cross Fundraiser for the benefit of its humanitarian programs, by putting love first and offering the contribution of our souls”.

Furthermore, Christou expressed confidence that, with humanitarian values and volunteerism being both key pillars in the operation of the Red Cross, but also a long-standing common denominator in term’s of OPAP Cyprus’ social action, the Fundraiser would be a success and meet its objectives.

Lastly, the official opening of the Cyprus Red Cross Pancyprian Fundraiser was graced by the lyrics of young musician Dimitris Mesimeris, who sang: “as you paint love, put colours and tears in it… put hope and soul in it”, from one of his new compositions. Words of inspiration that echo the heartfelt contribution of thousands of Red Cross volunteers, who, together with OPAP Cyprus, are already ‘painting love’ for the benefit of others of all ages.

Markets must face up to tightening financial conditions

Anemi Trustees: at the forefront of trust business in Cyprus