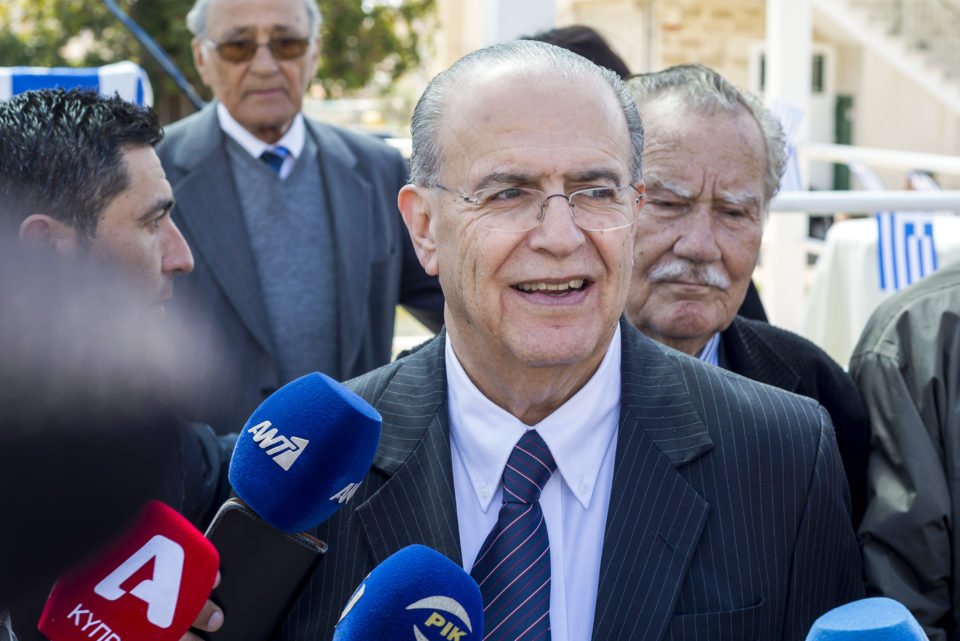 Nicosia will drive a hard bargain to shield its economy from any fallout from the sixth package of sanctions against Russia planned by the European Commission, Foreign Minister Ioannis Kasoulides said Tuesday.

But speaking to the state broadcaster, the chief diplomat demurred when asked if Cyprus would resort to a veto.

He stressed that any sanctions cannot end up penalising EU-member states more than they do Moscow.

“I hope we will reach an outcome. But my appeal – and I shall bring this up on Monday at the Foreign Affairs Council – is that the European Commission, before proposing something, must be aware of the particularities of the economy of each member state.”

He went on: “Sanctions cannot punish an EU member-state more than they do Russia. And our country has certain particularities not shared by any of the other member states. Our economy is based on tourism, services and maritime shipping. If these three sectors are dealt a blow, there is nothing else left. And we are obliged to shield these three sectors. Already tourism has been dealt a blow by the fact that Russian tourists will not be able to visit Cyprus this year. So we should understand that with each package that is proposed, the impact is a cumulative one.”

Asked what Cyprus would do if the veto option was not available, and whether in such a situation a couple of powerful EU nations would decide on the behalf of everyone else, Kasoulides said the veto is there “to protect the small member-states.”

To which the journalist countered: “Yes, but it looks like it [the veto] will be abolished.”

Kasoulides replied: “It requires a unanimous decision for it to be abolished. Everyone is speaking in terms of a veto. The European Union doesn’t work like that. If we want to be partners, not only among ourselves but also with the European Commission, the European Council and all the other institutions, we must resolve these issues as partners.”

The foreign minister stressed that “we are not speaking about a veto right now. We speak of the need for the Commission, and of course other member states, to understand our economic situation. Let me say something: we do not import oil or natural gas from Russia. So will we say ‘We don’t care, do what you want’ to the countries who are 100 per cent reliant on Russian oil and natural gas? This is no way to exercise solidarity.”

If not a veto, Kasoulides was asked whether Nicosia will ask for certain exemptions for itself from the new round of sanctions on Russia.

The European Union’s executive has called on the 27-nation bloc to ban oil imports from Russia, among other measures, in a sixth package of sanctions targeting Moscow for its war in Ukraine.

Hungary and Slovakia have already said they would not take part in any oil sanctions.

The European Commission also plans to target Russia’s largest banks – including Sberbank – by excluding them from the Swift system.

In the same interview, Kasoulides was also queried about the remarks made a day earlier by European Commission Vice-President Margaritis Schinas. Speaking at an event in Athens, Schinas suggested that Russia might interfere in the 2023 presidential elections in Cyprus. He did not provide any evidence or elaborate.

“I saw his comments,” Kasoulides said. “I understand what he was getting at, and am not surprised by it. Even in the United States they interfered through all that mechanism that the Russians set up in 2016 in order to influence the election outcome in Trump’s favour and at the expense of Hillary Clinton. They [Russia] also interfered elsewhere. It is not a strange thing, and so it does not surprise me.”

Asked whether he had any specific information or clues about alleged Russian meddling in the upcoming elections, Kasoulides said: “No, it’s conjecture. But it’s not wanton conjecture. Listen, in election battles, unless we have transparency in financing, then obviously one can suspect a lot of things. So transparency is paramount.”