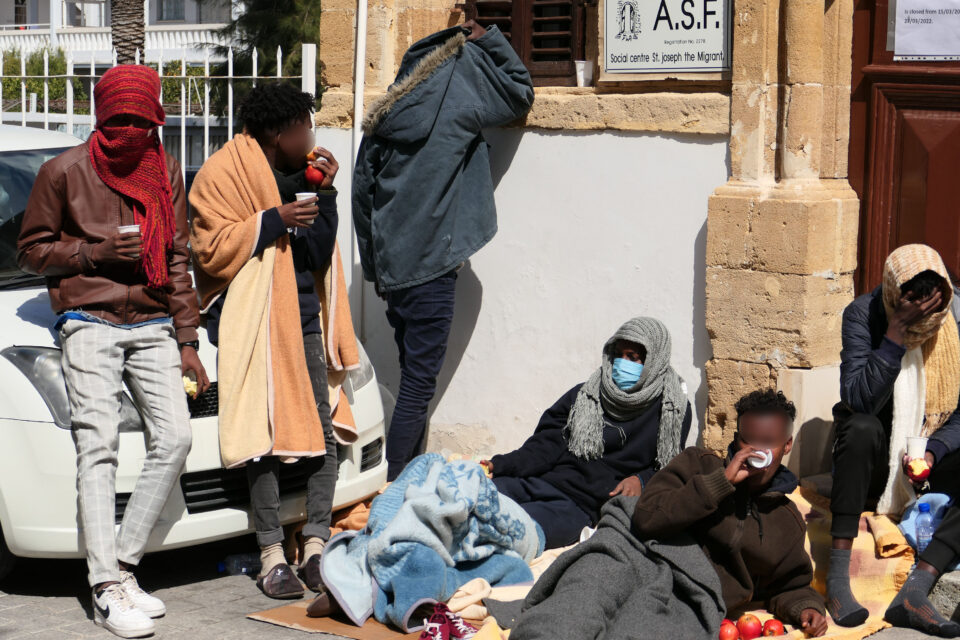 A group of unaccompanied minors during a recent protest (CNA)

Police on Monday said they are “sparing no effort” in locating missing persons while many resources are being given to locate the 14 unaccompanied minors who disappeared from the facilities in which they were hosted in the last four years.

Speaking at the House human rights committee meeting which was discussing the issue of the missing unaccompanied minors, police chief Stelios Papatheodorou said that from 2018 to date, there have been 109 cases of unaccompanied missing persons, of whom 95 were found.

The remaining 14, all underage, continue to be missing.

Efforts to find them constitute a “daily struggle” for the police, Papatheodorou said, explaining that in many cases, the true identity of the missing children is unknown since they do not present travel documents. Hence, police often only have a photo of them.

“The police are working intensively and sparing no effort to locate missing persons and many resources are being given to find these persons, always on the basis of protocol, which did not exist in the past,” he said.

Police chief added that since July 2019, a protocol has been established for missing persons in cooperation with the British bases which separates who are considered vulnerable.

A protocol is also expected to be signed with police, mental health services and social welfare services to upgrade the support to children seeking asylum in the island.

She said there are 855 unaccompanied asylum-seeking children in the country at the moment, citing increased migration flows since last autumn.

Of them, 196 are currently in Pournara reception centre, while others were transferred to accommodation facilities in Larnaca and Paphos according to Maria Chrysomila, in charge of the operation of the centre.

The creation of a safe zone within the centre, with a capacity to host 80 persons is also in the works, which will concern vulnerable population groups, Chrysomila said.

The decision comes following repeated criticism over poor living conditions in the overcrowded centre for asylum seekers which led to recent protests by the migrants living there. Pournara, was initially designed to host asylum seekers for a maximum of 72 hours, but due to the coronavirus, people have been living there for months.

“You cannot have children in a closed ‘prison’ for too many months and have them appear to be in custody. You can’t have officials supervising them,” said the chairwoman of the committee and Akel MP Irini Charalambidou, explaining this is part of the reason why children choose to leave the facilities.

She said the disappearance of the children is a very serious issue, as they are at risk of being exploited and proposed the establishment of a special police unit to investigate cases involving migrant children.

“We can do much more than what is being done at the moment.”

For her part, Greens MP Alexandra Attalidou called for the new deputy ministry of social welfare to be given a bigger budget to deal effectively with matters relating to the children of refugees and asylum seekers.

She added that police told MPs they had evidence some of these children had left Cyprus or had gone to the north.

Meanwhile, authorities said recently they were working on amending the procedures followed for unaccompanied minors.