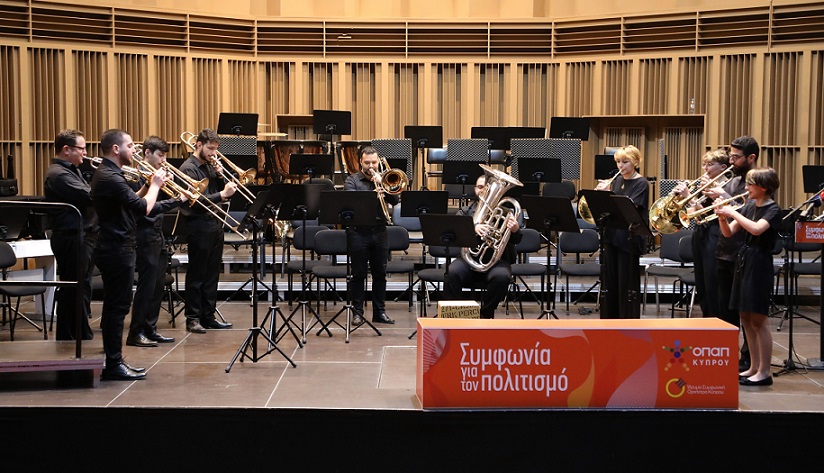 News of the renewed partnership was announced on Thursday, May 12, 2022 at the Pallas Theatre during a general rehearsal at which the CSO, under the direction of CYSO Artistic Director and Conductor Dr. George Kountouris, gave the platform to the new generation, highlighting, in particular, the abilities of two young soloists: the charismatic 14-year-old violinist Ela Kallidi and the impressive 16-year-old pianist Panayiotis Dracopoulos.

The event carried symbolic resonance since, beyond the alignment of the two institutions of the CSOF, it promoted one of the main objectives of the cooperation with OPAP Cyprus, namely, the education, showcasing and development of Cyprus’ young musicians. 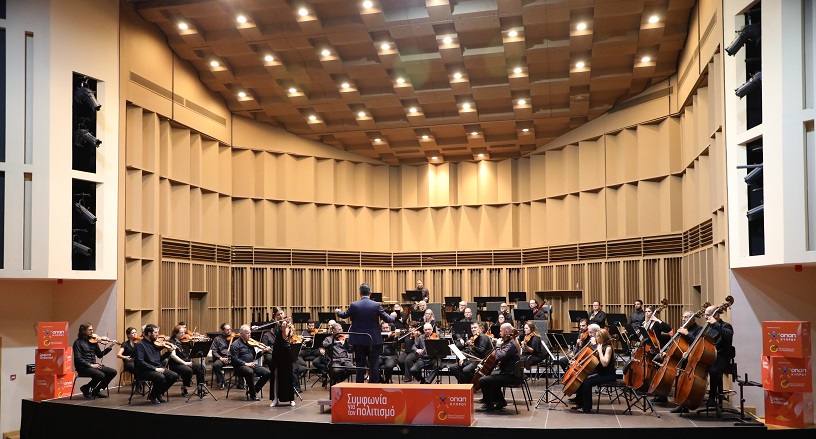 This objective was highlighted in her greeting by the CSOF President Elena Mouzala, who noted that OPAP Cyprus, with its very important sponsorship of the Foundation for 2022, is contributing significantly to the realisation of actions that would not be possible otherwise. With the sponsorship, added the CSOF chief, “we will invest in upgrading the education of our young musicians through music workshops with internationally-renowned musicians”.

Mouzala went on to say that the OPAP sponsorship will enable two talented members of the Youth Orchestra to take part in the international competition for young musicians to be held in Germany in November 2022, as well as allow the Youth Symphony Orchestra’s Paphos Summer Academy to run in August. A significant part of the sponsorship will be used to purchase instruments, to be offered to Academy scholarship holders.

Expressing her thanks to OPAP Cyprus, which, as she stressed, “despite the adversities of the last two years due to the pandemic, has supported the efforts of our orchestras to remain at the forefront of our country’s cultural life”, Mouzala also touched on the programmes of the Professional Cyprus Symphony Orchestra, stressing that the OPAP Cyprus sponsorship enabled valuable family and social contribution concerts.

In turn, OPAP Cyprus CEO Dimitris Aletraris, praised the creativity in which the support provided to the CSOF was being put to use, recalling that “as we said from the beginning, our sponsorship would favour programmes that not only satisfied the music-loving public, but also raise awareness among Cypriots, educate young people and create the conditions for their development”.

In announcing the renewal of the OPAP-Cyprus-CSOF cooperation, Aletraris described the Cyprus Symphony Orchestra and Cyprus Youth Symphony Orchestra as the island’s most important musical institutions. “And we wish to continue to raise the cultural level of our country and to make the most of home-grown talent,” he added.

CEO Aletraris assured that OPAP Cyprus would continue to support the Foundation’s creative path in musical events with strength and sincerity, adding that being at the Pallas Theatre prompted feelings of appreciation for performances by the island’s music schools, which were also supported by OPAP-Cyprus. “Emotions that we re-experience, each time, more intensely, thanks to the creative work of the Cyprus Symphony Orchestra and the Cyprus Youth Symphony Orchestra,” he added.

Thereafter, CYSO Artistic Director and Conductor Dr. Kountouris also expressed his thanks to OPAP Cyprus, stressing that its support had already contributed decisively to the education of exceptionally-talented children for a bright musical future.

The Cyprus Youth Symphony Orchestra ranks among the top of Europe’s youth orchestras, and its goal, with the support of OPAP Cyprus, is to expand and develop into a model of music education and music production, he continued.

Maestro Kountouris’ words were elegantly confirmed by a performance of the CYSO’s brass section, under the helm of Gareth Griffiths, closing the event of that marked the renewal of the OPAP-Cyprus-CSOF cooperation.