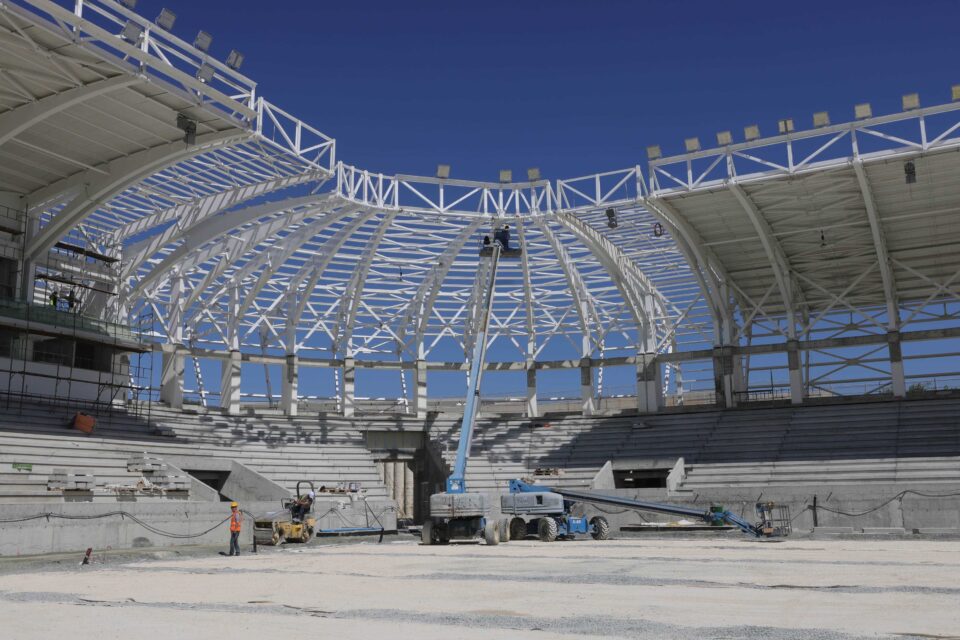 Reactions and reservations were heard Thursday at the House audit committee regarding the under-construction football stadium in Limassol and the procedure relating to the choice of the new managing entity and the naming of the stadium.

Cyprus Sports Organisation (KOA) head Andreas Michaelides informed the committee that they had followed all relevant legal procedures regarding the development of the new stadium, and said they wanted to move forward by directly assigning the management of the stadium to a company called ‘AAA’ created by football clubs AEL, Aris and Apollon.

On the procedure to determine the managing entity, he said that KOA requested the opinions of the attorney-general and the State Aid Commissioner in conjunction with the opinion of the European Commission, on whether they have the right to directly assign the management of the stadium to the three clubs. Michaelides also stressed that KOA will only move forward after these opinions are provided.

Akel MP Irene Charalambidou said that the European Commission must first ensure there is no question of state aid and that there should be an open tenders procedure rather than direct assignment so as to safeguard the public interest.

Marios Petrides, spokesman for the Audit Office, pointed out that August – when the stadium’s development is expected to wrap up – is approaching, and the European Commission has yet to be informed.

He stressed that the Commission must be informed over the management issue, and that the management must be assumed by a capable entity with transparent procedures and experience in providing such services.

Commenting on the matter, the auditor-general said that according to the law, the only entity able to approve state aid is the European Commission. If the Audit Office does not receive a written approval from them, then they will have to inform the Commission about the developments.

Deputy chairman of the committee and Diko MP Chrysis Pantelides said that “it is imperative to strike the correct deal regarding the management of the new stadium.”

For that to happen, the management deal must be compatible with the EU rules regarding state aid and approved by the European Commission. Pantelides added that the new managing entity must also be able to repay to the state part or the whole sum of taxpayer money spent on the development of the stadium.

Commenting on the cost, he said that eight years ago the presidential palace had said the project would cost approximately €15 million, but today it stands at €35 million plus another €10 million for the road network.

Regarding the stadium’s development cost, Michaelides said that KOA estimated the cost to be at €29.3 million before issuing the tender, but the deal closed at €31.3 million.

Moreover, some members of the committee expressed reservations over the possibility that the stadium will bear the name of a supermarket or any other private company.

Michaelides said that KOA have nothing to do with any deals regarding the stadium’s name and that this is a matter concerning the manager of the stadium.

On his part, Apollon’s general manager Giorgos Papayiannis explained that upon the stadium’s completion, ‘AAA; must be ready to address the financial side of the equation and be able to handle possible losses without help from KOA or anyone else.

For this reason, ‘AAA’ announced a tender regarding the naming of the stadium to gauge market interest – a practice followed by all major stadiums in the world – but has not agreed anything as the deal between ‘AAA’ and KOA over management remains fuzzy.