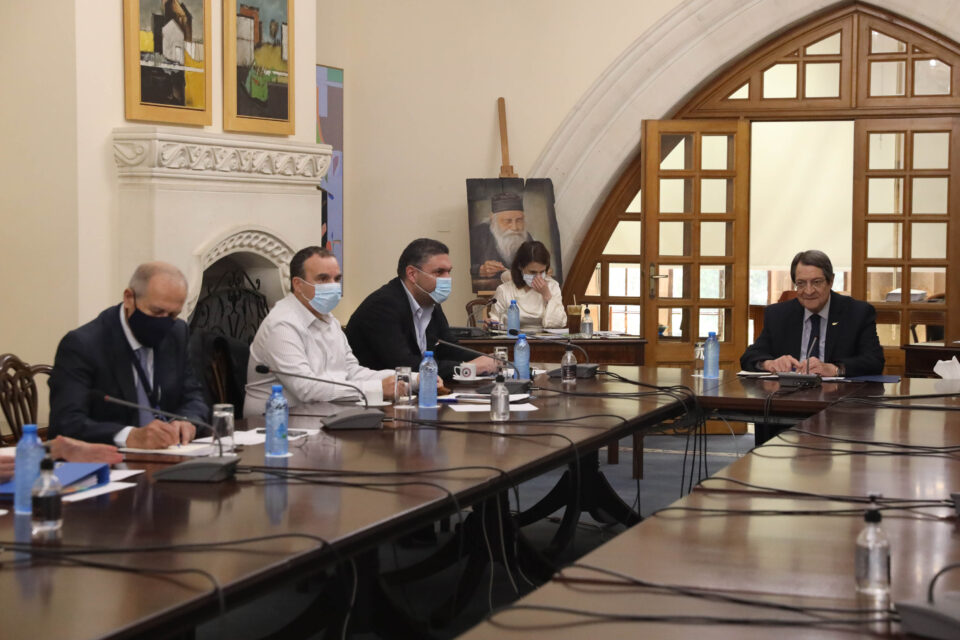 Measures proposed to reduce the impact of price increases will be brought before cabinet for approval next week, it was announced on Friday following a wide-ranging meeting with relevant ministers to address the impact of the economic crisis.

President Nicos Anastasiades chaired a meeting with the ministers and other institutions to assess measures to address the effects of price increases as a result of the Russian invasion of Ukraine at the presidential palace. The meeting was attended by the ministers of finance and commerce, the acting minister of labour and the deputy welfare minister.

After the meeting, government spokesman Marios Pelekanos said officials examined measures already taken and additional horizontal and targeted measures that could be adopted for vulnerable population groups. They also examined recommendations by the fiscal council and the economy and competitiveness council.

Further meetings will be held in the coming days chaired by the finance minister on the instruction of the president, Pelekanos said, to examine and specify additional measures to be proposed for approval by cabinet next Friday.

“A series of discussions will follow in the coming days, so that a holistic approach, a comprehensive proposal that takes into account all the parameters, will be presented to the council of ministers.

Asked about the extension in the reduction of excise duty and VAT on electricity, the spokesman said these measures have also been discussed and are among the measures that are expected to be extended.

“There is a specific methodology that is being followed which is essentially new, for some months now, which has been agreed upon with both the General Accounting Office and the Auditor General, so that very strict controls are made on fuel prices to avoid profiteering”.

Before the meeting, Pelekanos had said authorities will probably decide to maintain the reduction of the excise tax on fuel for a certain period of time. Furthermore, the possibility of reducing the prices of certain products was also expected to be on the table.

Meanwhile, the Employers and Industrialists Federation (Oev) who had sent suggestions on ways to deal with inflation to the president ahead of the meeting had proposed a reduction of VAT on fuel, fresh milk, bread as well as on energy saving projects by businesses and households.