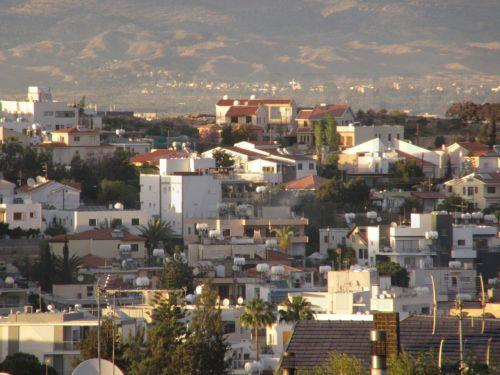 The Price Index of Construction Materials reached a historically high level in April 2022, with the prices of construction materials rising by 24.54 per cent year-on-year, according to a report by the Cyprus Statistical Service (Cystat) released on Thursday.

This has been primarily attributed to the sharp increase in the prices of metal products.

This is the highest level that the index has reached since 1986, the first year of available data.

Moreover, compared to the corresponding month of the previous year, the index recorded an increase of 24.54 per cent.

By main product category, increases were recorded in metal products (42.35 per cent), wood products, insulation, chemicals and plastics (24.77 per cent), and electromechanical items (16.39 per cent).

In addition, price increases were also observed in mineral products (9.96 per cent), as well as minerals (8.72 per cent).

The Harmonised Index of Consumer Prices in April 2022 increased by 8.6 per cent compared to April 2021, according to data published by the Cyprus Statistical Service (Cystat) on Wednesday.

Moreover, compared to the previous month, it increased by 3.1 per cent.

The biggest year-on-year changes were observed in the categories of housing, water supply, electricity and LPG with 20.9 per cent, transport with 17.5 per cent, as well as food and non-alcoholic beverages with 12 per cent.

Compared to March 2022, the largest changes were recorded in the categories transport with 7.8 per cent, as well as housing, water, electricity and LPG with 7.1 per cent.

For the period between January and April 2022, the biggest changes, when compared to the corresponding period of 2021, the largest changes were observed in the categories of housing, water, electricity and LPG (16.5 per cent), transport (12.4 per cent), as well as food and non-alcoholic beverages (8.9 per cent).

The largest change by economic segment took place in the energy category where there was a year-on-year increase of 33.6 per cent and a month-on-month increase of 8.9 per cent.

The Cyprus Stock Exchange (CSE) ended Thursday, May 19 with losses.

The main Cyprus Stock Market Index was at 66.99 points at 12:30 during the day, reflecting a drop of 0.39 per cent over the previous day of trading.

In terms of the sub-indexes, the investment firm index rose by 0.5 per cent, while the main index fell by 0.48 per cent.