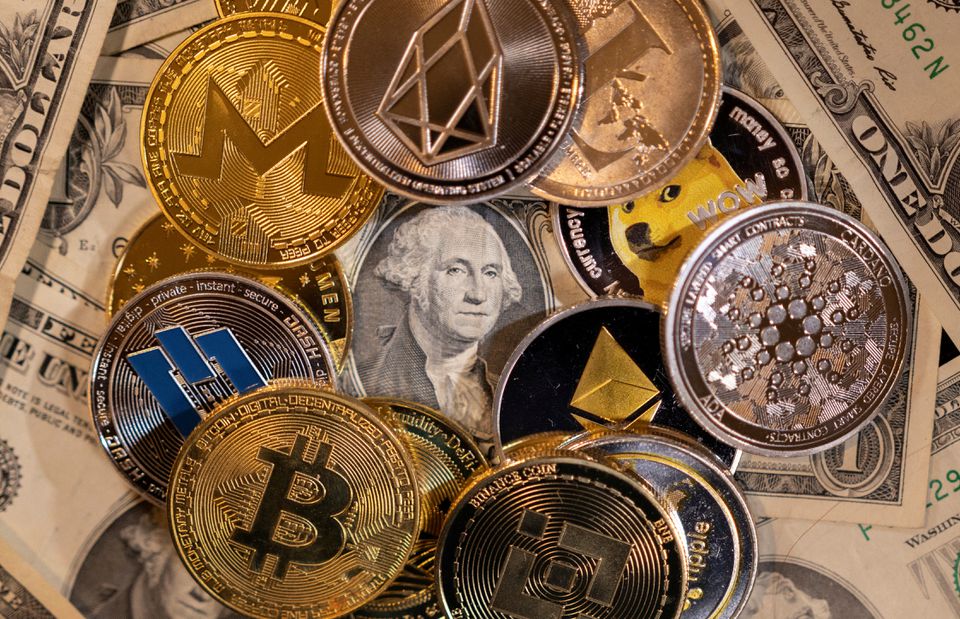 Stablecoins, the safe and strait-laced cousins of crypto, are looking distinctly dicey.

Tether, USDC and others lost their prized pegs to the dollar last week in a bout of market mayhem that shook faith in these coins that were designed to sidestep crypto volatility. But was it an isolated outburst, or are they losing their soul?

Major stablecoins swung between roughly $0.95 and $1.02 last week, according to data provider Coinmarketcap, after having maintained their peg to within a cent previously in 2022.

It’s not the first time they’ve hit the wobbles, though.

Both Tether and USDC – the two largest – have experienced less publicised bouts of volatility in previous years, at times rising to as much as $1.01 in 2021 and falling to around 97 cents in 2020, according to Coinmarketcap.

Last week was nonetheless the most volatile in the history of this class of cryptocurrency, according to Morgan Stanley.

“Stablecoins are the closest that we’ll get in the crypto space to a systemically important asset and any impact on the value of one or several stablecoins is liable to impact the system as a whole,” said Hagen Rooke, a financial regulation partner at law firm Reed Smith in Singapore.

“As things stand, stablecoins are very lightly regulated, which is strange because if you break down at how a centralised stablecoin works, it is basically the same as a bank deposit.”

Stablecoins are pegged to the value of mainstream assets such as the dollar to boost confidence, and are the main medium for moving funds between cryptocurrencies or into regular cash.

“The economy is completely shifting to being internet-based and always on, but the financial system isn’t. So you need a stablecoin to have the dollars that can move at the speed of the economy, of the fastest parts of the economy,” said Chad Cascarilla, CEO of Paxos, a leading stablecoin.

The market turmoil last week was triggered by the spectacular collapse of TerraUSD, an outlier because its peg to the dollar was supposed to be maintained by a complex algorithmically driven mechanism rather than by reserves of dollars or other assets, as is typical for stablecoins.

TerraUSD’s woes contributed to a slide in crypto markets that saw over $357 billion or 21.7 per cent of digital asset market capitalization wiped out week-on-week, according to research from crypto exchange Kraken.

Yet there may be winners and losers from such upheaval, even among stablecoins.

Tether’s market value has declined to $75.6 billion from $83 billion last Monday, before the dollar decoupling, while that of USDC has climbed to $51 billion from $48 billion, according to Coinmarketcap.

“There’s more confidence with USDC because of the likes of the institutions that are holding USDC reserves for them, like BlackRock for example,” said Marcus Sotiriou, analyst at UK-based digital asset broker GlobalBlock.

Meanwhile Rooke and others see more regulation on the way.

“Stablecoins are low-hanging fruit, and I think we’re going to see some policy for them,” said Michelle Bond, CEO of the Association for Digital Asset Markets.

“There are a number of different issues – what are the permissible reserves? Who can issue a stablecoin? How should an issuer and the reserved be audited? What kind of disclosures are made to consumers?”