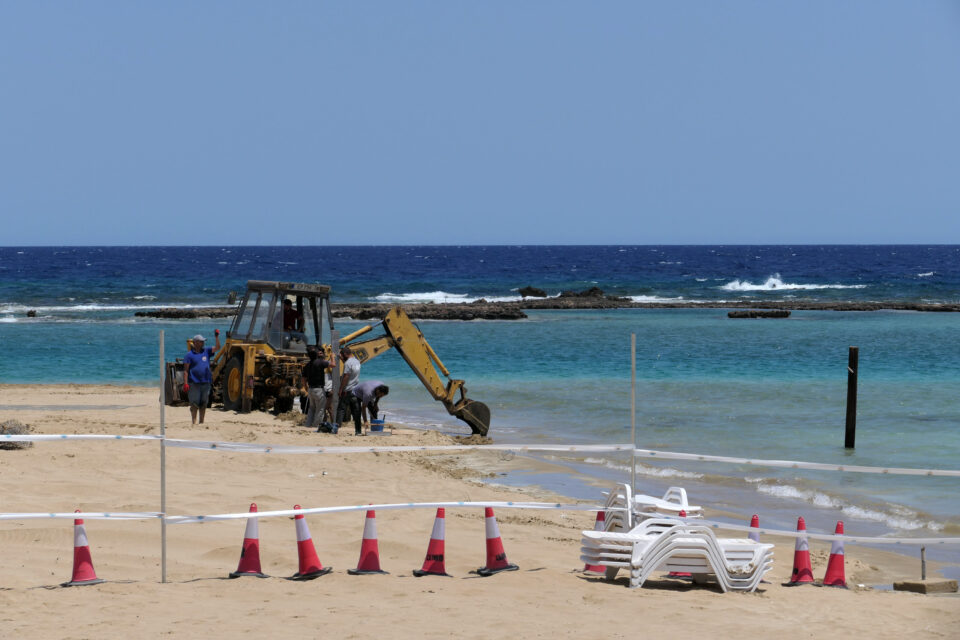 Foreign Minister Ioannis Kasoulides on Monday stressed the importance of implementing all relevant UN resolutions to reverse Turkey’s actions and provocations in Varosha.

His comments came after a meeting with the UN Secretary General’s Special Representative for Cyprus and head of the United Nations Peacekeeping Force (Unficyp) Colin Stewart.

According to reports, the stretch being cleared on the Golden Sands beach in the area for commercial use is around 600 metres long.

A spokesperson for the foreign ministry told the Cyprus News Agency that Kasoulides expressed his profound dissatisfaction regarding the latest developments in the enclosed town.

“The UN is directly responsible to see that its resolutions are respected and Kasoulides asked the head of Unficyp to call on Turkey and see that its actions are immediately reversed,” he added.

Over the weekend, Kasoulides said he hoped that by the summer there will be some movement on the package of confidence-building measures (CBM), adding that the Greek Cypriot proposals could not be so easily rejected because the Turkish Cypriots “would be missing an important opportunity for their own progress and prosperity.”

He said the proposals were not a take it or leave it package, but a package that could be negotiated.

“If we do not move on with the CBMs there will be more actions similar to the latest one we witnessed in Varosha,” the foreign minister said.

“All parties involved need to realise quickly that we need to intervene and put a stop to what is happening there.”

Meanwhile, on Monday the ‘mayor’ of occupied Famagusta Ismail Arter denied that a new stretch of beach is being developed in Varosha – a claimed supported later in the day by Turkish Cypriot leader Ersin Tatar.

Speaking to Turkish news agency Anadolu, he said the ongoing works concern a piece of land on which a beach was already established in July 2021 and that they are being carried out for safety reasons.

“We are not planning to open a new beach in Varosha, contrarily to what has been reported in the past few days,” Arter said.

But he added that construction projects in Varosha are exclusively under the competence of Turkish Cypriot authorities, which “do not need approval from anyone”.

“There are far more important ongoing issues in the world, and it is a sign of irresponsibility from the Republic of Cyprus’ administration to focus on Varosha, while deceiving the international community,” Arter said.

“We are not opening a new beach. Instead of promoting a hostile atmosphere, Greek Cypriots should try to create the necessary conditions for a resumption of the talks on the Cyprus problem.”

That sentiment was echoed by Tatar later on Monday who said that certain safety works had been carried out on a stretch of the beach which was already open for use.

He further claimed that Varosha had not in fact been opened in violation of international law, arguing that properties therein are available for return to the legal owners – provided that they apply to the Immovable Property Commission (IPC).