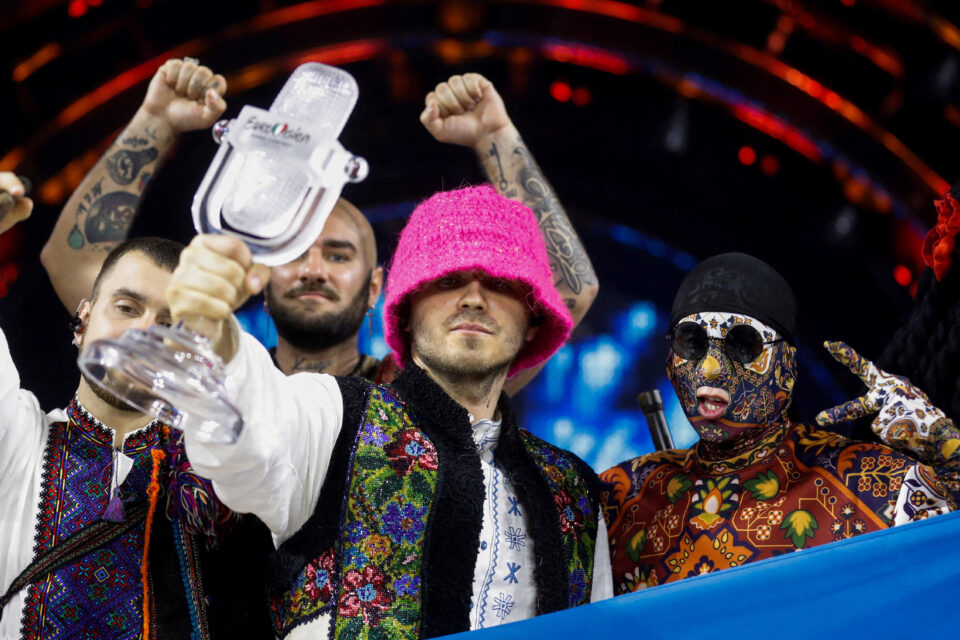 Following all the buzz surrounding this year’s Eurovision Song Contest, Ukraine emerged victorious, thanks to the enormous support from the European public who voted by phone, with the United Kingdom securing second place.

Ukraine’s victory was not unexpected. The song Stefania, performed by rap group Kalush Orchestra, was the clear favourite in the run-up to this year’s competition, with European audiences expected to demonstrate solidarity with Ukraine and opposition to Russia’s invasion of the country.

Ukraine’s win elicited varied emotions, with many critics referring to the song contest as a platform for international politics. Admittedly, behind the kitschy songs and eclectic range of over-the-top outfits, the Eurovision Song Contest is essentially a stage for governments and contestants to signal rivalries, make statements, and communicate messages of social acceptance. It is no longer a grand exhibition of culture and, more importantly, values.

The torch has been passed onto the new generation of Eurovision artists who are not shying away from expressing their thoughts. From Serbia’s handwashing being interpreted as a critique of the country’s healthcare system and a satire on unattainable beauty standards and Latvia’s eyebrow-raising opening statement setting the tone for a song that explores themes of sustainable living and sexual attractiveness, to a plethora of evocative and transformative songs that represent the LGBTIQ+ community, Eurovision continues to shine a light on many societal issues.

I was hopeful that Cyprus’ entry this year would achieve a solid spot in the final after Eleni Foureira almost conquered the Eurovision stage in 2018 with her sizzling number, Fuego, setting the bar high for all future Cypriot entrants and performances. Despite a wonderful ethnic music piece and spectacular production, Cyprus was unable to obtain high-table scores, let alone a place in the final, due to unsynchronised and nearly non-existent choreography, as well as weak song delivery. When asked about the message the artist wished to convey through the song and her performance, Greek singer, Andromache, kept promoting Cyprus (and Greece) as hospitable tourist destinations with a warm climate.

I am certain that Cyprus has enough of its own potential, particularly among the Cypriot diaspora, to send a representative to the Eurovision Song Contest with a song that impacts our minds positively and demonstrates outside-the-shell thinking. Moreover, a pre-marketing support system or training session that would guide the artist on what to say in public about the song’s purpose, the thought process behind the lyrics, and the overall presentation of the piece would prove to be beneficial.

The Eurovision Song Contest, on the other hand, is no longer about the music. Why was Russia barred from the tournament since the organisers assert that it is a non-political event? Surely, like the Olympic Games, the competition is a celebration of diversity and unity, and it should set an example for a society where everyone follows the same rules and respects one another? The competition could motivate countries to address problems in friendship and solidarity through song. It has the potential to establish bridges between people, resulting in increased understanding and, hopefully, peace. After all, music has the power to bring people together in ways that spoken words cannot.

The European Union, United Kingdom, and Australia were united on the night in condemning Russia’s aggression in Ukraine; the country’s victory was aided by the general public’s sympathy. Although the winning song was originally written to honour the band members’ moms, the lyrics, particularly lines such as, ‘I’ll always find my way home, even if all roads are destroyed,’ have taken on new meaning.

Given that the Eurovision Song Contest is clearly a political contest that attracts sympathetic votes, perhaps Cyprus should reconsider its submission for next year with a song that sends a message about Europe’s last divided city and the communities across the divide? Hopefully that will be the winning formula.