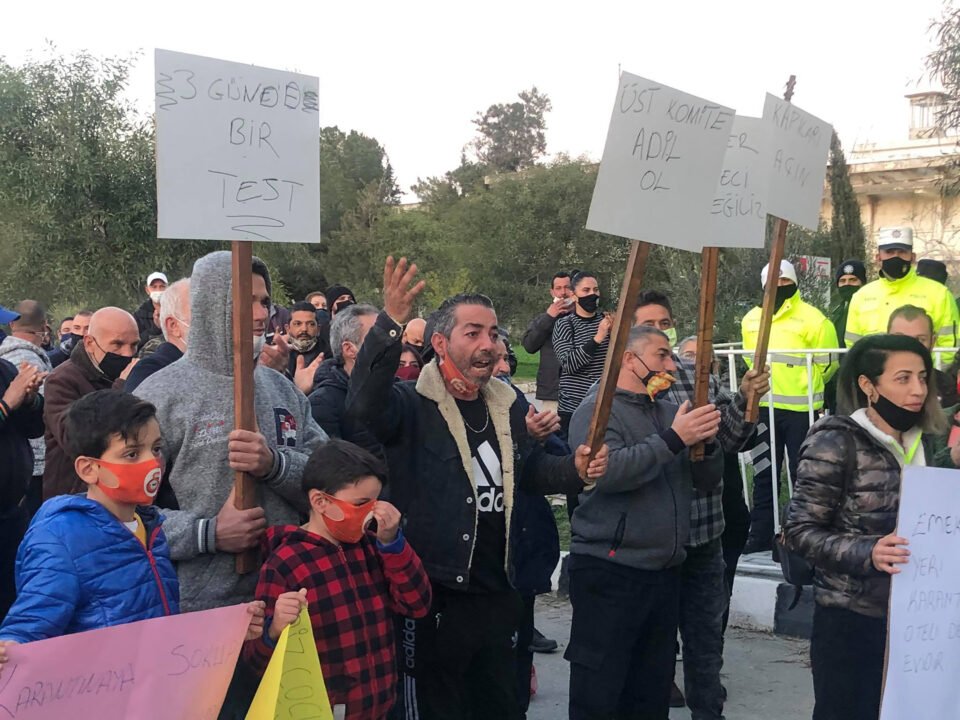 Turkish Cypriot labour unions on Wednesday threatened to hold an indefinite strike if the ‘government’ in the north adopts the new protocol on financial support from Turkey, as authorities continued to defend it.

“Mother Turkey is only looking out for our safety and wellbeing,” he wrote. “Anyone attempting to distort our goal of using the protocol as best we can, and attempting to use that against Turkey, is doing harm to the people”.

Atun reiterated his statements from the previous day that protocols between Turkey and the north have been signed for years and explained that a country (Turkey) using its own internal resources in another country also sets some conditions for this, but this is not an imposition.

“All of these protocols benefited our people, contributing to covering several of our needs and improving quality of life,” he said.

Media reported that both the ‘education minister’ and the ‘health minister’ also rushed to defend the protocol.

The 53-page protocol, which was published on Friday in the ‘official gazette’, was met with strong reactions in the north as it is expected to further restrict the freedoms of Turkish Cypriots. It was signed over a month earlier, on April 14.

The protocol includes reforms and ‘laws’ concerning the economy but also provisions that are not related to finances such as changes to the right to assemble and demonstrate and the monitoring of all communication platforms to tackle misinformation.

A provision about media provides for up to five years in jail for insulting Turkish Cypriot leader Ersin Tatar or Turkey.

EU spokesman Stefan de Keersmaecker also criticised the provisions of the protocol, saying they appeared to restrict freedom of expression. “The use of criminal law as a tool to exert pressure on critical voices is unacceptable,” he said.

Turkish Cypriot labour unions also reacted to the contents of the protocol.

Türk-Sen said it was not acceptable, with union leader Arslan Bıçaklı threatening an indefinite strike if any of its provisions were approved by ‘parliament’.

He said the protocol will make life more difficult for the majority of workers and people in general.

“Politicians who were not given the power from society to sign such protocols did so in the past, but they could not implement them and their political life ended,” he said. “We would like to remind today’s politicians of this”.

Hür-İş head Ahmet Serdaroğlu said they would not accept the protocol in its current form as some of its articles regarding pensions, the status of labour unions, and social security among other things, must be discussed at length.

If the protocol is adopted as is, it will ‘poison’ the north’s relationship with Turkey and create chaos, he said, also threatening measures if the ‘government’ refuses to enter a dialogue with the unions.