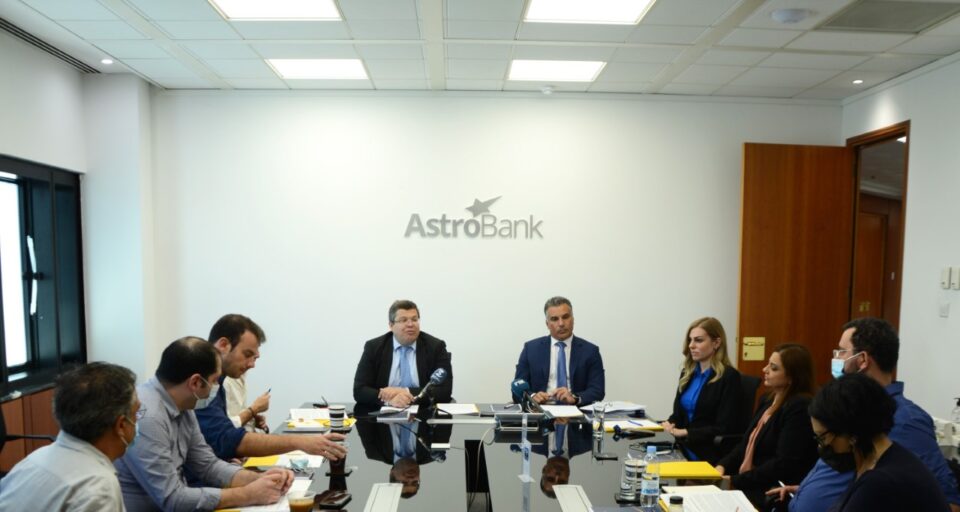 Cyprus-licensed bank AstroBank on Wednesday announced that it recorded an after-tax profit of €3.3 million in 2021, a notable improvement on the €18 million loss it sustained in 2020.

Moreover, the bank recorded a pre-provision income of €18 million, which is primarily attributed to the organisation’s revised structure, as well as its efforts to further develop the business.

In addition, AstroBank managed to further derisk its balance sheet by reducing its non-performing exposures (NPE) ratio to 24 per cent as of March 31, 2022.

“Despite the challenges posed by the pandemic, AstroBank continued its growth in 2021, further strengthening its position in the Cypriot market with new loans reaching €240 million,” CEO Aristidis Vourakis said.

Regarding the bank’s balance sheet dynamics and business activity, there was some growth during this period of time, albeit a mild one, mainly due to signiﬁcant repayments that took place during 2021.

An additional factor was the acceleration of NPE resolutions which nullified the signiﬁcant new loan origination.

The bank said that the increase reﬂects a steady increase in deposits, which rose to €2,19 billion, having previously stood at €2.1 billion on December 31, 2020.

“The sale of real estate (REOs) reached €29 million in 2021 and we are on track to at least reach the same levels this year, with €30 million worth of properties sold or committed to be sold so far,” Vourakis said.

“The war in Ukraine has certainly created new challenges, though AstroBank has no direct credit exposure to either country therefore it is not expected to be directly impacted,” the CEO added.

Regarding the war, the bank further explained that its loan portfolio has been analysed further for indirect exposures, primarily relating to the hospitality sector.

In this sector, there is an expectation that the strong recovery following the pandemic and the lifting of restrictive measures will at least partially oﬀset tourism ﬂows from Ukraine and Russia.