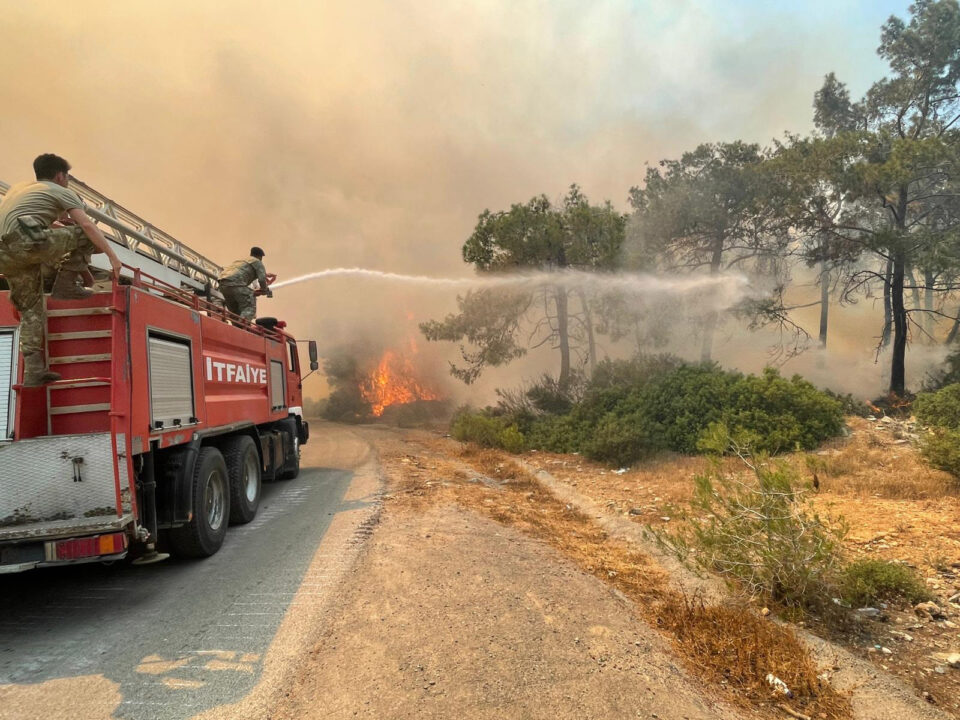 A fire which broke out earlier in the afternoon at Panagra (Geçitköy) is now largely under control, while crews continued to work intensively on extinguishing the blaze, authorities in the north said.

Citing information given by a police press officer, Turkish Cypriot media outlet Bayrak reported that the fire was largely under control.

“In places, the burning continues. Extinguishing and cooling works continue from land and air,” Bayrak reported on its website.

Meanwhile, sparks from electric cables in the Panagara area appear to be what caused the fires to break out in three different places, according to the ‘Prime Minister’, Unal Ustel, Cyprus News Agency (CNA) reported.

The Kipris Post website reported that one person had been injured after they reportedly fainted due to smoke inhalation and was reportedly given first aid by a rescue team at the scene.

Earlier, people were being evacuated from their homes near Kormakitis due to the ongoing and out of control fire which broke out earlier in the afternoon at Panagra.

‘Agriculture minister’ Dursun Oyuz announced that two helicopters are expected to arrive from Turkey within the hour while a UN helicopter will also provide assistance.

Oyuz added that the direction of the wind led the fire to spread onto further fronts, endangering a nearby army unit.

Key sections of the Kyrenia-Morphou and Panagra to Vasilia roads have been closed due to the smoke but also to secure ease of access for emergency vehicles.

According to Bayrak, one person who participated in the extinguishing efforts was injured in the fire  and the cooling works are still continuing; three houses were also damaged.

An area of ​​​​about a thousand acres of trees and shrubs burned in the fire, according to initial estimates.