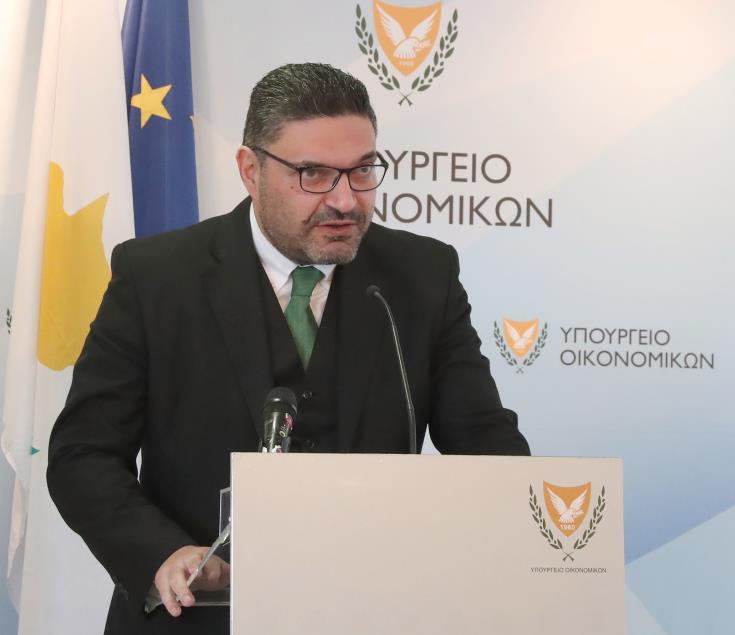 Cabinet on Friday approved a €103m package to help households ride out a surge in the cost of living fueled by sharp increases in energy prices as a result of Russia’s invasion of Ukraine.

The much-awaited package is made up of raft measures aiming to help pensioners and vulnerable groups of the population, ease electricity and fuel costs and support farmers and livestock breeders.

The 11 measures were announced by Finance Minister Constantinos Petrides amid concerted pressure on the government to move swiftly to cushion the impact of runaway prices that have pushed inflation to its highest rate in 40 years.

Noting that no government could strike inflation at its root, he said the government would try to help those in need in a targeted way, while safeguarding financial stability.

Petrides said that pensions of 165,000 beneficiaries will be increased by an average of 4.3 per cent, effective from July, at a cost of some €34m.

As regards vulnerable groups, Petrides said that 6639 households with children under 18 and whose annual income last year was up to €10,000 will receive a one-off grant of €150 per child under 18.

The fourth category is households with an annual income of €29,000 to €39,000 with three or more children who will receive €80 for the third and every additional child after that under 18  – affecting 1,587 households.

The fifth category are 1,037 households who have income between €39,000 and €49,000 and have three or more children. They will receive €60 for the third and every additional child after that aged up to 18.

The sixth category are recipients of the minimum guaranteed income or public benefits and do not have dependents under 18. They will receive a one-off grant of €100 for every beneficiary, €50 for the spouse and €25 for every child.  The sixth category covers 18,000 households or 23,000 individuals.

The state will also subsidise day care for infants aged up to four with a subsidy for fees and food at baby care centres. The scheme concerns up to 16,000 potential beneficiaries with the subsidy to cover 80 per cent of fees and meals from €100 to €350 a month per child, on the basis of family and income criteria. It will come into effect in September 2022.

The list of vulnerable consumers – who benefit from increased subsidies from the renewable energy schemes of the energy ministry  — will be expanded to include another 19,500 households with an income below €19,000 a year.

Moreover, all 100 per cent of annual electricity consumption – both for households and businesses — can be covered from photovoltaic produced energy, up from the current 90 per cent.

Procedures to approve installation of renewable sources of income will be sped up, and a building permit will not be required in cases where there is already a town planning permit.

The final group is for farmers and livestock breeders where support will be offered to producers’ groups to cover part of the increase in costs as a result of inflationary pressure, with some 5,500 expected to benefit from an additional €9.3m.

Ruling Disy was quick to welcome the measures, saying these were specific, targeted and budgeted decisions to address inflationary trends and rising cost of living.

Spokesman Demetris Demetriou said the package include horizontal actions but also measures that are aimed at vulnerable members of the population and others that protect family income.

“The Democratic Rally and the government have proven in every crisis that we stand by society. With policies and measures that emanate from the correct fiscal policy that we have implemented to this day. Certainly, the capacities of the state are not inexhaustible,” he said.

And he expressed the hope that Akel will end its populism on the issue.

But the main opposition party was not the easily satisfied. In an announcement, it noted the government’s decision to recognize, even with great delay, the problem of high costs and the undermining of living standards as a result of rising inflation in the past 10 months.

“The measures announced today contribute to the effort to offer relief to vulnerable households and society from the wave of rising prices. But they do not constitute a comprehensive strategy against higher costs,” it said.

The government was once again showing itself unable to deal with the problem at its root by taking measures to restore the purchasing power of salaries and to combat profiteering, as well as actions that will contribute to effectively dealing with the rising costs in energy, fuel and basic goods.

Diko also criticized the measures as inadequate to support the public and protect the economy.  The centrist party said the support for vulnerable groups and encouraging alternative sources of energy were a step in the right direction, but the minimum of what the government could do to address the problem.

Diko said that it has proposed scrapping the double taxation of electricity to ease consumers’ electricity bills, with the proposal due to be discussed in the House finance committee on Monday.

Other proposals from the party include expanding payment facilities for electricity bills, ensuring, adequate stocks of raw materials for agriculture and livestock and ending unfair competition by properly monitoring the green line.

For Edek, the measures were a step in the right direction and among them were two proposals submitted by Edek and adopted by the government – subsidizing meals at baby care centres and subsidizing photovoltaics.

There was room for improvement, however, including reducing VAT on basic consumer products, for VAT to be levied only on electricity consumption and not the entire electricity bill and for increased checks for illegal supply of fuel from the north and a subsidy and reduction in the price or electricity and fuel.

Left-wing trade union confederation Peo said that the problem of higher prices had not stated today and was expected to continue, with experience showing that once prices rise they rarely go back down. The government was late in presenting measures, it said, noting that while extending lower VAT on electricity and fuel was necessary the rest of the decisions were one-off steps that do not address the daily pressure households face.

The announcement on pensions was not new, a review of pensions was due anyway on July 1 under the social insurance law, it said.

But PEO welcomed the childcare grants and said it would continue to press for more measures.