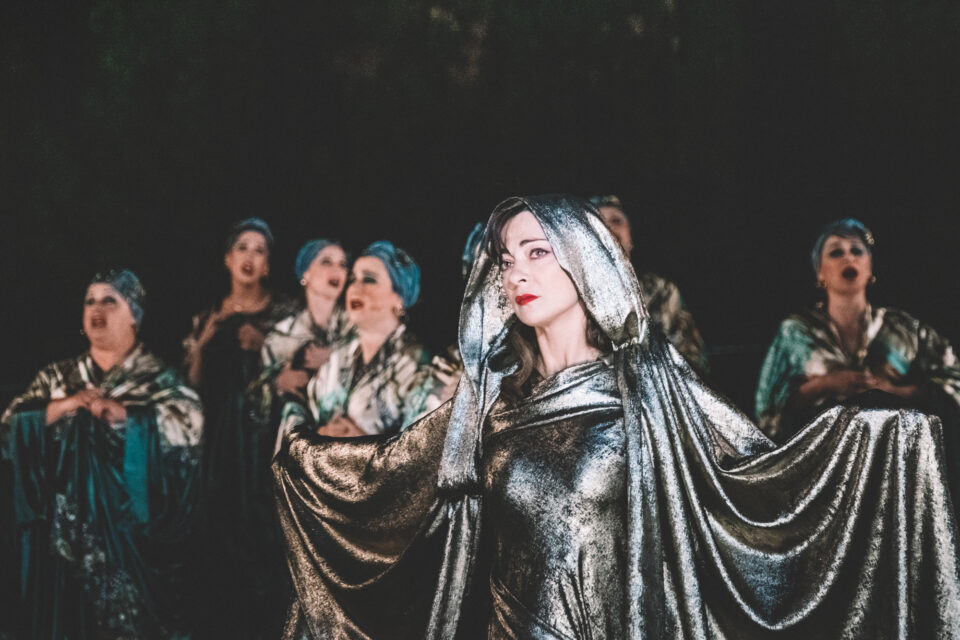 Five productions make up this year’s programme of the International Festival of Ancient Greek Drama as another summer of international productions brings exquisite Greek drama to the island’s stages.

25 years after the first staging in 1997, the festival is raising the curtain on July 6 and offering the theatre-loving public a month full of powerful and emotional moments. Productions will be presented at the Paphos Ancient Odeon, the Makarios III Amphitheatre in Nicosia and the Curium Ancient Theatre.

A total of 42 proposals for participation in this year’s Festival were submitted by theatre organisations and artists from 20 countries. From these, the seven-member Selection Committee has put together an extremely open and diverse programme of productions.

The festival will open with Oedipus the King by Sophocles, from Bosnia Herzegovina, in a joint production between the National Theatre of Sarajevo and the International MESS Theatre Festival. Through his directorial approach, distinguished Slovenian director Diego de Brea underlines the coldness, suffering, barbarity and evil that emanate from people as if from Pandora’s Box. This tragedy by Sophocles will be presented at Paphos Ancient Odeon on July 6 and at Makarios III Amphitheatre on July 8.

The next production is Electra.25 from the Atalaya Theatre of Spain, directed by Ricardo Iniesta. Based on the two homonymous tragedies by Sophocles and Euripides, Electra.25, reconstructs the circle of violence (death- revenge-death), which is perpetuated at the House of Atreus and dramatizes one of the darkest episodes of the myth: Electra and Orestes’ revenge for the murder of their father, Agamemnon by his wife Clytemnestra and her lover, Aegisthus. Through an innovative approach both to the myth itself and to its presentation on stage, Ricardo Iniesta uses the sounds of traditional music in order to highlight the human and universal dimensions of the heroes. Electra.25 will be performed at Paphos Ancient Odeon on July 16 and at Makarios III Amphitheatre on July 18.

The Poreia Theatre is participating with Aeschylus’ masterpiece Prometheus Bound, translated by Giorgos Blanas and directed by Aris Biniaris, with a distinguished cast. Against the backdrop of a pulsating, live soundscape, the performers bring to life the characters of an age-old but always relevant story in which Prometheus becomes a timeless symbol of resistance. This devastating tragedy by Aeschylus, which was performed with enormous success at the Epidaurus Festival in 2021 and was loved by both critics and the public, will be presented at Curium Ancient Theatre on July 22 and 23.

The National Theatre of Northern Greece (NTNG) is returning to the festival with Euripides’ Helen, translated by Pantelis Boukalas and directed by Vasilis Papavassiliou, with a large cast of actors and musicians on stage. Through an imaginative directorial approach, the NTNG production highlights the comic elements of Helen, creating a celebratory atmosphere, and an anti-war clash on stage. Helen will be presented at Curium Ancient Theatre on July 29 and 30.

The National Theatre of Greece is presenting the emblematic Ajax by Sophocles, directed by Argyris Xafis with a cast of major leading actors and artists. In Ajax, Sophocles records a seminal moment in human history: when a new world is born and the old collapses, with the old heroes and their ideals crashing with it headlong into the abyss. Ajax, which will be performed at Curium Ancient Theatre on August 5 and 6, will draw a curtain on this year’s festival.