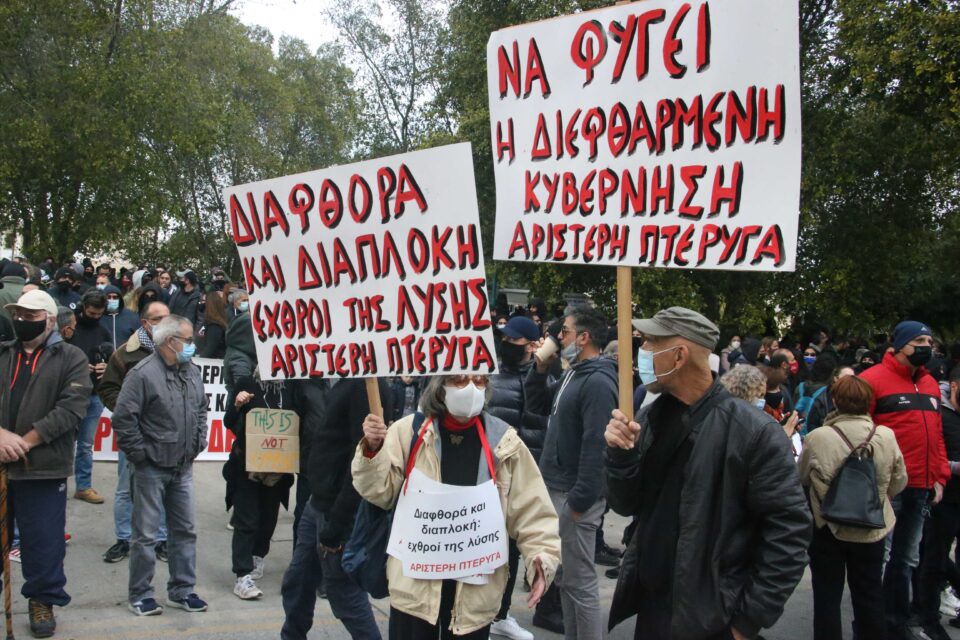 The setting of the stage for the forthcoming presidential elections is slowly being completed. Fortunately, there is ample time to hold a serious pre-election debate, which hopefully will ultimately lead to the optimum choice – a candidate with clear and articulated positions, who has planned his course of action in a way that has a reasonable chance of success, who is willing to undertake a firm commitment that he will pursue his goals with courage and diligence.

It is known that at least some candidates rely heavily on ‘communication experts’ to help them sell ‘seaweed for silk ribbons’ (as the Greek saying goes). The possibility that some presidential contenders are financially supported by foreign powers or end up being blackmailed for their past sins is always there. How are these risks addressed?

There is only one way of protecting the country against these risks, by the electorate exerting (with the help of decent journalists) overpowering pressure on the candidates to oblige them to disclose and clarify their goals and plans in fair detail, in relation to all the critical problems confronting Cyprus.

The existential issues facing our country are the Cyprus problem and corruption. In relation to these two crucial problems, all candidates should tell us, in a clear, concrete and unambiguous manner, what they will do if elected to speedily solve them. There is no point in us being told that these problems are difficult to solve. The difficulties are well known and understood by the Cypriot people. If, therefore, they believe that these problems are effectively insoluble, they should have the decency to withdraw their candidacy and let others try.

By being merely willing to “share their dreams” with us is also not acceptable. Indulging in dreaming is easy. The difficult part lies in the transformation of the dreams into reality. Unfortunately, the more beautiful the dreams, the more elusive they are in practice.

Let’s look at an example of a vitally critical issue confronting Cyprus – the Cyprus problem. I have never understood why the aim of most Greek Cypriot politicians is “the relaunching of the negotiation process”. The resumption of “talking” is not an end in itself. The aim must be the fast reunification of Cyprus. However, to achieve this objective, there must be a specific plan, which has the prospects of being accepted by the Turkish Cypriots and by Turkey. We want to see such a detailed plan from each candidate, along with his commitment to consistently follow the plan, on the strength of which we will have been elected. The behaviour of Cypriot politicians to date reminds me of a football team that tries to win the cup by playing a purely defensive game. Every football fan knows that no league is won when the effort exclusively falls on defending one’s goal.

We, the voters, therefore want to see from each candidate a comprehensive and coherent proposal for a solution to the Cyprus problem, which will take into account the current reality, will be functional and viable, and provide incentives to Turkey and the Turkish Cypriots to support the plan. We want to see a plan that has a reasonable prospect of being accepted, otherwise, we are being taken for a ride by those who simply wish to enjoy the benefits of being in positions of power.

The other big problem is corruption. On the face of it, tackling the problem of corruption is easier than solving the Cyprus problem. However, reality leads me to conclude that this is a fallacy. Regrettably, it appears that the entire political world of Cyprus (with a few exceptions) has something to hide. On the subject of transparency, and in particular the introduction of a system of ‘wealth statements’ and the linking of such statements to the declared income of politically exposed persons, a specific, comprehensive and detailed proposal was drawn up and published a year ago. Despite the applause and cheers of the political world for this proposal, absolutely nothing has been done, solemnly confirming the nature of the problem. It is not a question of the politicians not knowing what needs to be done, it is a matter of the politicians not wanting to do anything about it.

Therefore, we, the voters want to hear from each candidate what he intends to do in relation to this crucial problem and which are the elements of the Panayiotides-Syrimis-Pissarides proposal he rejects and why. Resorting to the well-known trick of deferring a problem to the distant future by the use of the phrase ‘we will do our utmost to address the problem’ is no longer an acceptable response.

Of course, there are other problems, such as the sharp increase in the price of commodities as a result of the Ukraine war, the pandemic and a number of other externally generated causes. Irrespective of the fact that these are externally generated problems, the price increases are hitting the poor and low-paid people hard. We are aware of these problems and, indeed, we feel them too. We do not need the aspiring presidents of the Republic or the political parties behind them to make us aware of these problems. What we want to hear are concrete and costed proposals which will alleviate the problem. In this connection, I have noticed a paradox. The ‘left-wing’ parties appear to be in favour of reducing taxes imposed on the items affected by the price increases (petrol, cereals and metals) while the ‘right-wing’ parties appear to be in favour of subsidising the economically weak groups to cope with the increases. The irony is that I would have expected exactly the opposite, given that the lowering of consumption taxes obviously favours the rich, at the expense of the poor. As a minimum, I would expect the proponents of tax cuts to tell us what government spending they want to see eliminated to compensate for the reduction in state revenues.

In conclusion, I call on voters to make it abundantly clear to the presidential candidates that they should not expect any more blank cheques, because if they ask for blank cheques again, as they have done many times in the past, they should expect an outright rejection on the part of the electorate.