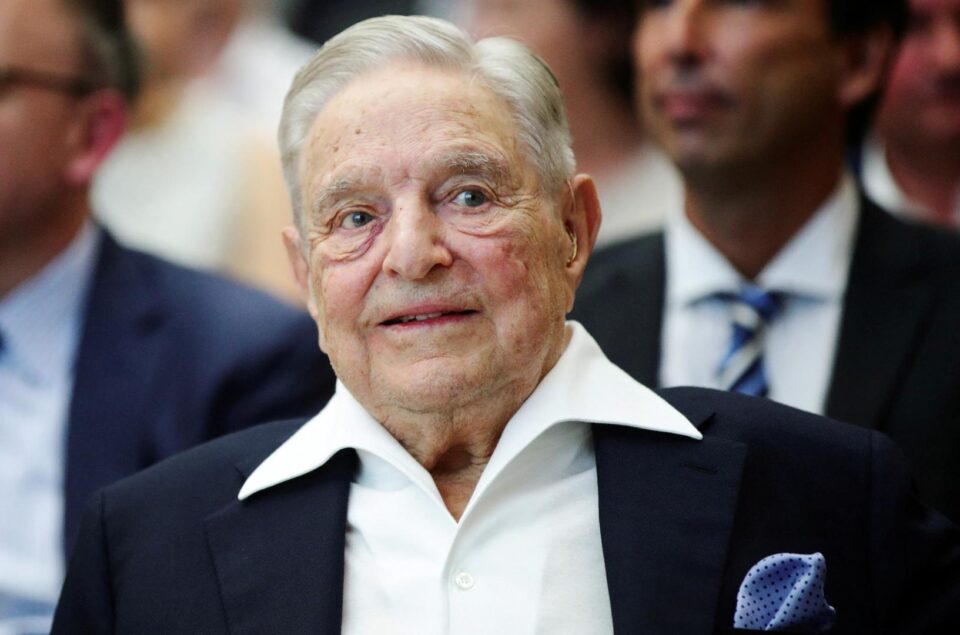 It must seem to Soros that his whole life’s work is collapsing, because he has spent the past three decades and most of his fortune trying to encourage open and democratic societies

‘What happens in Davos stays in Davos’, they say – or at least it should stay there, because some foolish things are said at the ‘World Economic Forum’, the annual conclave of the rich and famous. Well, the rich, the famous, and this time also the very old, because both George Soros and Henry Kissinger graced the Swiss ski resort with their presence.

Former US secretary of state Henry Kissinger, 98 years old, was playing his favourite role of wise and world-weary adviser preaching ‘realpolitik’ (political realism) to the young and naive. (Everything is relative, and the ‘young’ at Davos are somewhat older than they are elsewhere.)

Kissinger warned the United States and the West not to seek an embarrassing defeat for Russia in Ukraine, predicting that it could worsen Europe’s long-term stability. He therefore wanted the West to force Ukraine into negotiations with Russia based on the pre-invasion borders that Russia conquered in its 2014 attacks.

A recent poll found that 82 per cent of Ukrainians think their country should not sign any of its territory away in return for peace with Russia. Researchers at the Kyiv International Institute of Sociology found that only 10 per cent of respondents found it acceptable for Ukraine to concede territory to achieve peace.

Mykhailo Podolyak, adviser to President Volodymyr Zelensky, tweeted: “As easily as Mr Kissinger proposes to give Russia part of Ukraine to stop the war, he would allow (Moscow) to take Poland or Lithuania away. It’s good that Ukrainians in the trenches do not have time for listening to ‘Davos panickers’.”

The Ukrainians are still high on their victories against Russia around Kyiv and Kharkiv in the north. However, the war in the east is more like a scaled-down version of the trench battles of the First World War: brutal artillery wars of attrition that Zelensky recently estimated are killing a hundred Ukrainian soldiers a day. It could be more.

Zelensky also revealed that “tens of thousands of Ukrainian men and women” have been killed already, and the economy is a wreck. Fifteen per cent of the population has taken refuge abroad, and the $40 billion in military and financial aid just voted by the US Congress will last Ukraine six months at best.

So Ukraine may end up deciding for itself to accept a peace deal that restores the pre-February border and lets Russia keep its earlier conquests. However, Russia is not even making that offer yet, and it is not Kissinger’s place to suggest forcing Kyiv to make such concessions. As for ‘not embarrassing Russia’, it damn well should be embarrassed.

At the other extreme, we have George Soros, a sprightly 91, who warned the assembled masters of the universe (Earth chapter) that Russia’s invasion of Ukraine threatens to be the “beginning of the third world war” and could spell “the end of civilisation.”

Soros threw a lot of other things into the pot as well – the climate emergency, the spread of autocratic regimes, the Covid pandemic – so by the end it wasn’t clear whether he thought the Ukraine war alone could bring down civilisation. But it was a doom-laden speech, to say the least.

It must seem to Soros that his whole life’s work is collapsing, because he has spent the past three decades and most of his fortune trying to encourage open and democratic societies, especially in Eastern Europe. But it didn’t work in Hungary (where he was born), it hasn’t worked in Russia, and now Ukraine’s freedom and democracy are under attack.

I met Soros in late August of 1989 in Budapest, when everything seemed bright and new and full of promise. Communist-ruled Hungary had just opened its borders to the west, and I interviewed a radical anti-communist student leader called Viktor Orban who took me to meet his new patron, George Soros.

Soros questioned me eagerly about the Soviet Union, where I had spent most of the summer, and I told him change was on the way very soon. And it all arrived on schedule: the fall of the Berlin Wall, democracy in the ‘satellite’ countries of Eastern Europe, the collapse of the Soviet Union. He was delighted, as was I and hundreds of millions of others.

Now it’s not glad, confident morning anymore. Orban is a populist ‘soft’ dictator in Hungary, Russia has turned into a hard dictatorship, Xi will probably get his third term and become China’s permanent ruler this autumn, and Donald Trump may be back as US president in 2024.

But even a full Russian conquest of Ukraine (which is very unlikely) would not cause a ‘Third World War’. The ‘end of civilisation’ is not nigh. It’s never as good as it looks to young, hopeful men, and it’s rarely as dark as it feels to disappointed old men.

Trevisan smiles her way into last eight in Paris