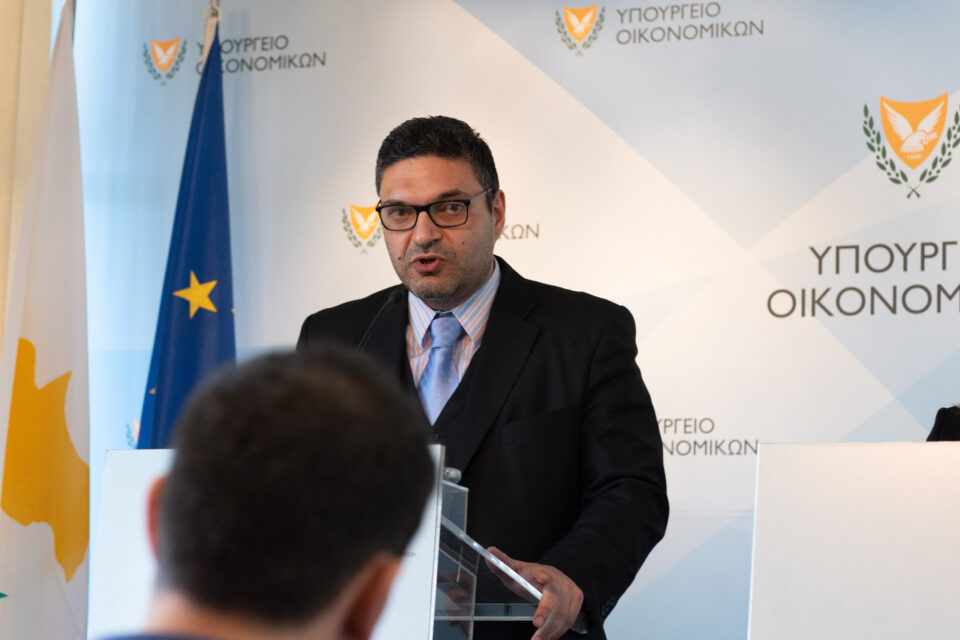 The targeted measures for helping ‘vulnerable’ families deal with soaring inflation, announced by finance minister Constantinos Petrides on Friday, should be seen more as a gesture of help rather an answer to the erosion of incomes. There is not very much a government can do to shield the people from the effects of rising prices that leave only a tiny proportion of the population untouched.

People were probably disappointed with the measures, especially after the expectations encouraged by opposition parties. Akel, for example, which has been attacking the government for the last two months for not dealing with the high prices that were economically crippling households, created the impression there were measures that would somehow control inflation and miraculously restore living standards to early 2021 levels.

The party offered some faint praise to the measures on Friday, before criticising the government for failing “to face the problem at its root.” This would involve “measures for restoring the purchasing power of wages, measures for eliminating incidents of profiteering and measures that would contribute effectively to dealing with rising prices of energy, fuel and necessities.” It did not explain the type of measures that would achieve this economic fantasy.

Diko was on the same wavelength as Akel, saying that although the measures were in the “right direction”, they “are not adequate to really support citizens and shield the economy from expensiveness and inflation.” The party also wanted, the “substantive support of the sectors of the economy that were affected by expensiveness and inflation.” As there was no sector left unaffected by inflation was the party suggesting the taxpayer supported all businesses?

If the government followed the suggestions of the parties the state would be bankrupt in a few months without controlling “expensiveness and inflation” which is caused by exogenous factors. In fact, restoring the purchasing power of wages and supporting businesses would cause prices to rise at an even faster rate. Sustaining the myth that the government can tackle imported inflation with measures, apart from betraying complete ignorance of economics, is grossly irresponsible politicking by opposition parties.

Fortunately, the government pays no heed to them and has done what was within its financial capabilities. The targeted measures, which include, one-off payments to vulnerable families for each child under 18, will provide a little relief, for a month or two, but nothing more. Vulnerable household would still pay only 5 per cent VAT on electricity bills until the end of August and everyone else 9 per cent instead of 19 per cent. The reduced consumer tax on fuel will also remain in place, even though prices are set to keep rising. Pensions will also increase by an average of 4.3 per cent, with 165,000 people eligible.

The total cost of the latest measures is €103 million. The previous set of relief measures amounted to €193 million, which would suggest the available funds would be shrinking. State spending on other projects has been cut in order to fund the inflation-relief measures. It has also increased the subsidies for installing photovoltaics which would reduce a house’s electricity bill, the subsidies for vulnerable households being particularly generous. Close to €10 million will go as relief to farmers, 5,500 eligible for assistance.

Most of the measures are similar to those introduced in other EU countries, Cyprus being the only member state apart from Germany to have given one-off payments to help people. Opposition parties should bear this in mind when, ludicrously, complaining that the government’s measures were inadequate and did not tackle the problem at its root. Do they not realise the root of the problem is beyond the shores of Cyprus and there is nothing our government can to about it?

Inflation cannot be controlled by setting ceiling prices or increasing wages, supposedly to maintain people’s purchasing power. Such measures fuel inflation rather than control it and hurt low income groups even more as their disposable income is marginally increased and will be more than offset by the upward spiral of prices. We can only hope that opposition parties bear this in mind on Monday when they discuss the consequences of inflation at the House finance committee and avoid the cheap populism they have been resorting to so far.

As we mentioned at the beginning, the one-off payments were just a gesture, temporary relief, that is unlikely to be repeated any time soon because the state does not have the spare funds and there is a big public debt to contend with. If there is to be any criticism of the government is that it made the one-off payments, which are nothing more than a drop in the ocean. But often in Cyprus politics being seen to be doing something is the objective even if it does not achieve anything.