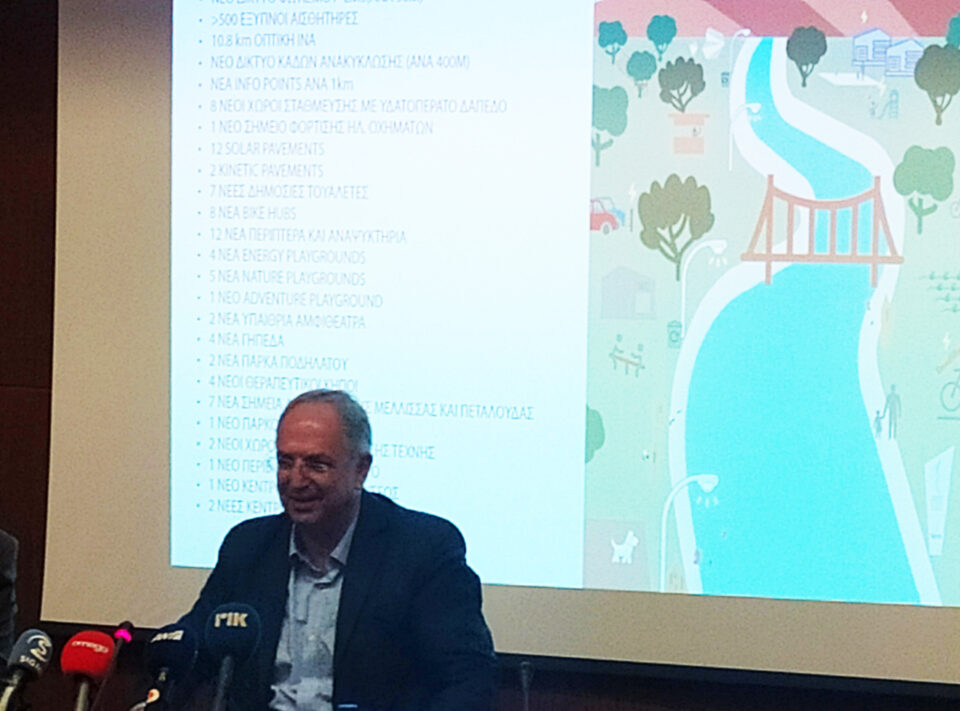 Agriculture Minister Costas Kadis at the presentation on Monday

The Pedieos linear park is getting a facelift with a budget of over €26 million, the municipalities of Nicosia, Lakatamia and Strovolos announced on Monday while presenting their integrated plan for its regeneration.

Strovolos mayor Andreas Papacharalambous said the three municipalities are focused on drawing up plans for the joint management of the river, adding that they consider this “a project of the highest priority”.

“Our city is directly intertwined with Pedieos,” he added. “We want this project to set an example for innovation, green development and respect for nature”.

The project will cover a length of 11.2km, with the addition of a new 5.1km length, new plantings and 14 new bridges.

In addition, it will include a new lighting network, recycling bins, information points, a new charging point for electric vehicles, and solar and kinetic pavements.

Agriculture Minister Costas Kadis expressed his satisfaction at the prospect of increasing urban greenery, and for the project prioritising biodiversity conservation.

The Pedieos river is home to unique species and important habitats, he said.

“Pedieos can become a model for how modern European cities are shaped today,” Kadis added.

All spaces are designed in such a way that they are friendly and accessible to all, she said.

Nicosia mayor Constantinos Yiorkadjis said the project is part of a series of sustainable mobility projects in the wider area of Nicosia, which include recently-built bike lanes.

Nicosia is a pioneer in terms of sustainable mobility, he said, adding that “we are building the city of the future for us and our children”.

The initial budget for the project amounts to €26,887,400, with the three municipalities aiming to invest around €11 million for the first phase, which is expected to begin as soon as the environmental impact studies are completed.