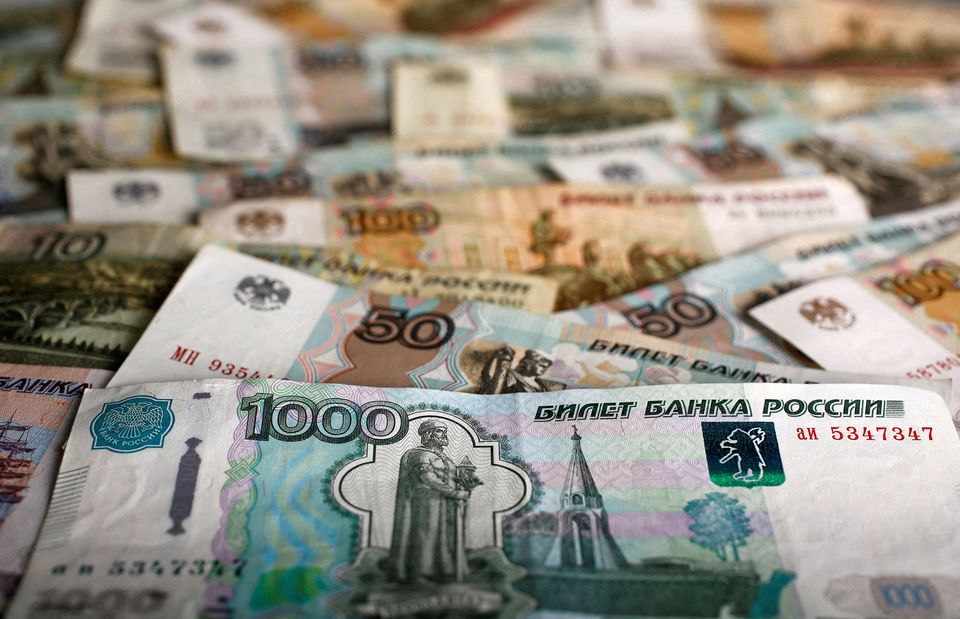 Russia is considering paying Eurobond holders by applying the mechanism it is using to process payments for its gas in roubles, the Kremlin and the finance minister said, as the country makes another bid to avert a historic debt default.

Washington is ramping up pressure on Russia following the military intervention in Ukraine, and last week pushed Moscow closer to default by not extending a licence that had allowed U.S. creditors to receive Russian debt payments.

Russia says it has cash and is willing to pay, refusing any talk of default. Finance Minister Anton Siluanov said on Monday that Moscow will continue to service its external debts in roubles.

But for foreign Eurobond holders to receive payments in foreign currencies as per Russia’s obligations, they would have to open rouble and hard currency accounts at a Russian bank, he told Vedomosti newspaper.

“As happens with paying for gas in roubles: we are credited with foreign currency, here it is exchanged for roubles on behalf of (the gas buyer), and this is how the payment takes place,” he said.

“The Eurobond settlement mechanism will operate in the same manner, only in the other direction.”

Unlike many Russian financial institutions, the NSD is not under Western sanctions. There will be no limit on rouble conversion into other currencies and the scheme will be reviewed by the government soon, he said.

In a conference call with reporters, Kremlin spokesman Dmitry Peskov endorsed Siluanov’s plan but said the finance ministry will consult with bondholders before introducing it.

“There is money, there is a willingness to pay, be that in roubles or under a scheme most convenient for the bondholders. Everything will depend on those contacts,” Peskov said.

The finance ministry did not reply to a Reuters request for comment. A financial market source said Russia plans to present the scheme to investors before its next payments, on two bonds, fall due on June 23.

Russia has around $40 billion of international bonds outstanding, on which just under $2 billion of payments are due before year-end.

Zia Ullah, partner and head of corporate crime and investigations at law firm Eversheds Sutherland, said while U.S. funds are now barred from receiving Russian bond payments, those in the European Union can still do so, “unless a bank subject to asset freezes is involved in the payments chain”.

Some European energy companies have opened rouble accounts at Russia’s Gazprombank, after the Kremlin demanded “unfriendly” countries pay for gas in roubles or be cut off. Buyers must deposit euros or dollars into an account at a Russian bank, which converts the cash into roubles.

The financial market source said it had not been decided which bank would be used for Eurobond payments.

Ullah said Russia would not be able to make payments in dollars as U.S. banks are restricted from clearing such deals.

“Anything dollar-denominated would have to be paid in a different currency … As long as you were comfortable accepting non-dollar payments, there is nothing to prevent it,” he added.

But with U.S. investors unable to use the scheme, it is unlikely Russia can head off default.

“It’s feasible from the legal point of view as a way to get money to bondholders, but not as a way to avoid an event of default … under their original documents, certainly not on every bond,” a Europe-based investor said.

Many European funds may also shun the scheme given the stigma of dealing with the Russian state. Others, however, are waiting for more clarity.

“We need to see the scheme they’ll offer in detail, so we can analyse whether this is compliant with … sanctions,” a UK-based bondholder said.