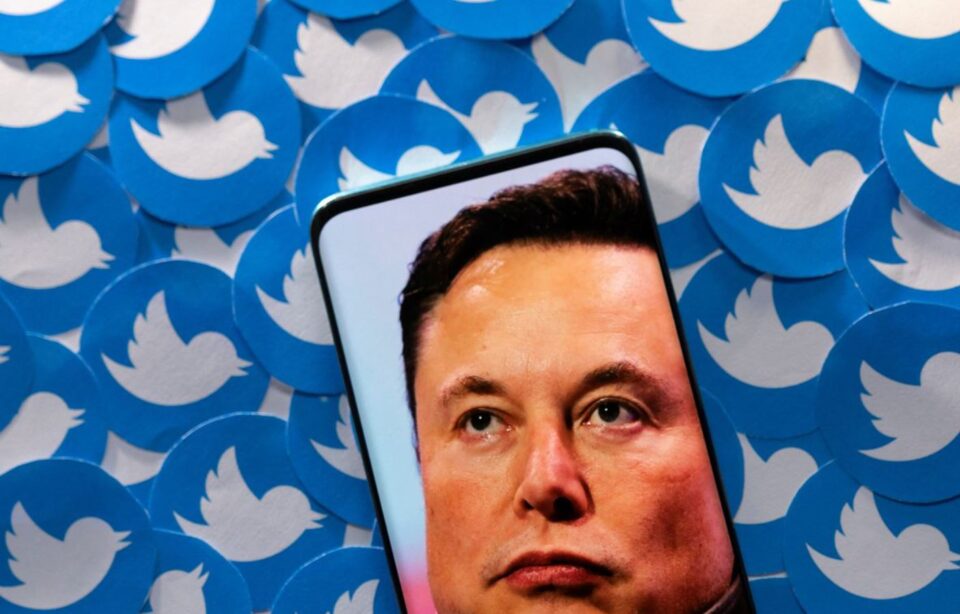 Elon Musk on Monday warned that he might walk away from his $44 billion offer to acquire Twitter Inc TWTR.N if the social media network failed to provide data on spam and fake accounts.

In a letter to Twitter, the billionaire reiterated his request for details on bot accounts and said he reserved all rights to terminate the merger as the company was in a “clear material breach” of its obligations by not providing him with the information.

Twitter shares fell as much as 5.6% to $37.92 and were trading at a steep discount to Musk’s offer of $54.20 per share, suggesting that investors did not expect the deal to close at the agreed price. The stock was last down 2%, while Tesla rose 1.2%.

“Twitter has and will continue to cooperatively share information with Musk to consummate the transaction in accordance with the terms of the merger agreement,” the company said in a statement.

Musk put the deal “temporarily on hold” in mid-May, saying he will not move forward with the offer until Twitter showed proof that spam bots account for less than 5% of its total users.

Since then, the takeover saga has seen several twists and turns, raising questions about Musk’s intentions to complete the deal at the set price.

Although Musk has extensively used the social-media platform to air his views on the deal and the company, this is the first time that he has formally threatened to walk away.

“It’s fairly obvious that he has buyer’s remorse and he is trying whatever to get a reduction in price, and I think he may succeed,” said Dennis Dick, a proprietary trader at Bright Trading LLC.

“You can see the sell-off in social media stocks and he has realized that he overpaid … all these are tactics just to get a reduction in price.”

Musk has questioned the accuracy of Twitter’s public filings about spam accounts, claiming they must be at least 20% of the user base. Twitter has disagreed, with Chief Executive Parag Agrawal providing details on how the company handles spam accounts in one of his recent tweets.

A self proclaimed free-speech absolutist, Musk has said one of his priorities will be to remove “spam bots” from the platform. The Tesla Inc TSLA.O CEO owns 9.6% of Twitter and has over 95 million followers on the network.

As part of the deal, Musk is contractually obligated to pay a $1 billion break-up fee – a sliver of his fortune of $219 billion estimated by Forbes – if he does not complete the deal. Twitter can sue for “specific performance” to force Musk to complete the deal and obtain a settlement from him as a result.

In his letter, Musk said he needed the data to conduct his own analysis of Twitter users and did not believe in the company’s “lax testing methodologies.”

“He is trying to walk away from the Twitter deal, this is the first shot across the bow,” Wedbush analyst Dan Ives said.

Ukraine not ready to export grain via Belarus – Zelenskiy