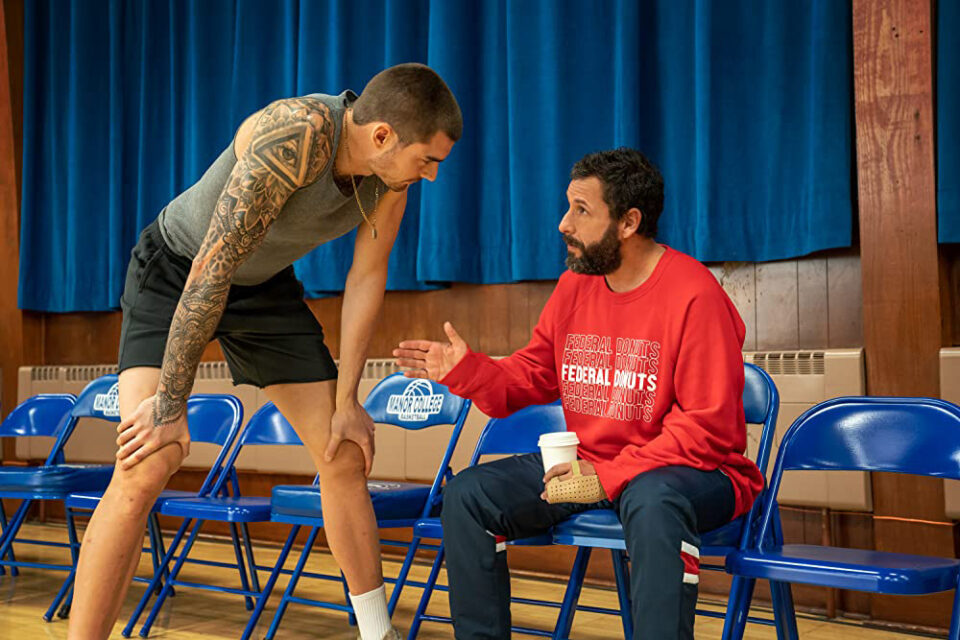 We all love an underdog story. The outsider who challenges the establishment, the person who comes from a humble background who ends up achieving an impossible victory. And there’s no more of a perfect setting for an underdog story than a sports drama. On the surface, these films are even more formulaic than Marvel movies: the hero has a dream, is told he/she can’t make it, starts making waves and getting attention, is pitted against a far superior opponent, has a setback, overcomes it through a training montage and in the end he/she is victorious. Queue the soaring music and cheers. Everyone loves an underdog.

Among this week’s Netflix releases is such a story: Hustle, starring Adam Sandler. Here are more underdog stories you can watch on the platform.

If you are going to do a sports drama/underdog story, you might as well do a true story. Well, true-ish. The Oakland Athletics is a baseball team that is struggling. They don’t have the money to compete with the major teams and are frustrated that they have to face an unjust system. The team’s General Manager, Billy Beane (Brad Pitt), following a chance meeting with a data analyst (Jonah Hill) decides to break free from tradition and convention and instead opt for a system that will change the way the game is played. Written by Aaron Sorkin, this love letter to baseball has everything you want in a sports movie. The outsiders who take on the establishment, the hard-working pioneer who ends up vindicated and a heart-warming story about family. There’s even Chris Pratt before he became a mega-star!

I’m going to be perfectly honest with you. Not only do I not like this movie, but I am also of the opinion that it handles race relations in such a superficial and condescending way that it could be considered a hate crime. Nevertheless, it is an underdog story, it is a sports drama so here we are.

The Blind Side tells the story of 17-year-old Michael, a burly, massive, black boy who is down on his luck. He is practically homeless, has no money, no family to speak of, is bounced from foster home to foster home and is forced to look for food in the trash. Enter the wealthy, privileged, white upper-class interior designer Leigh Anne (Sandra Bullock) who takes the struggling young man under her wing and slowly becomes his adoptive mother. Leigh Anne teaches the young boy how to be better at playing football (his impressive physique immediately attracts the coach’s interest) and how to improve at school so he can achieve his dream and attend college. If you are looking for a soapy, feel-good corny film, The Blind Side has you covered.

If your reaction to Adam Sandler being a serious actor is “wow, I never knew he could do that”, I want you to do two things: first, slap yourself in the face and second, go and watch Uncut Gems. Done? Good. Don’t ever say that again.

In Hustle, Sandler plays a jaded, weary talent scout named Stanley, who works for an NBA team. Stanley has fallen out of love with the game and is now going through the motions. His work takes him all over the world in search of raw talent, at a massive cost to his personal life. He rarely sees his family and feels especially disconnected from his teenage daughter, whose birthday he has missed for nine consecutive years. On a routine trip to Spain, Stanley comes across a street player named Bo Cruz he believes is a diamond in the rough. Stanley is reinvigorated and decides to go back to the US and make Cruz an NBA player. The plot is beyond predictable, the outcome is known from the moment the opening credits roll but, as with every other sports drama story, this doesn’t matter. What matters is how we get there. Sandler delivers once again an excellent, heart-warming performance, and a more sensitive look at the brutal, cut-throat world of professional sports. Definitely worth your time!