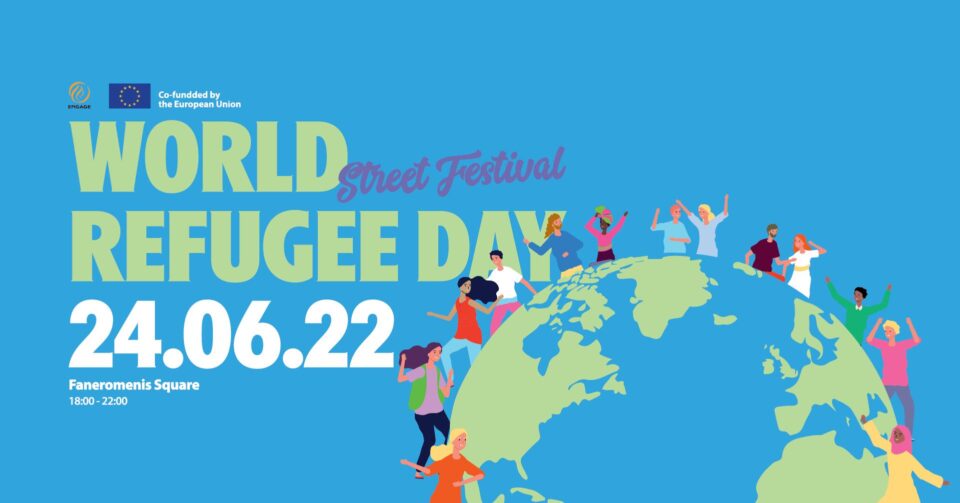 As June draws to a close, the capital city welcomes another round of events, performances and festival openings with something in store for music, film and art lovers.

Afrobanana Festival celebrates its 10-year anniversary and to extend the festivities, the team is organising one more fun event a couple of weeks before the 2022 festival takes place. On Wednesday, an Afrobanana pre-party will take place at New Division bar in Nicosia with some AfroBanana festival veterans behind the decks for the night, including DJ Charis, Cotsios O Pikatillis and Koulla P Katsikoronou. The evening begins at 9pm.

Also happening this week is the opening event of the 2022 Faneromeni Arts Festival at the Bank of Cyprus Cultural Foundation. The newly formed band Trio Rondine will launch this year’s edition with a concert titled Songs like Swallows on Thursday. The band’s repertoire includes traditional and contemporary songs from Cyprus and neighbouring countries such as Greece, Syria, Lebanon and Egypt but also from Italy, Corsica, Croatia, France, Spain, Morocco and Libya. Their concert will also include well-known themes from the most remarkable movies and original unpublished material by the band inspired by the musical traditions of the Mediterranean.

One more festival opens this week as the latest edition of the Images & Views of Alternative Cinema Film Festival arrives. Taking place at the garden of the Hambis Municipal Printmaking Museum until June 26, the annual festival focuses its attention on alternative cinema, with strong experimental and temperamental elements. The daily screening programme of the festival can be found at www.ivacfestival.com.

Just before the weekend arrives, the World Refugee Day Street Festival 2022 returns after a two-year pause to Phaneromeni Square. From 6pm to 10pm on Friday the square will turn into a multicultural venue with food stalls serving dishes from around the world, info stands, live performances by refugee groups and of course, music. World music by DJ Claudio will sound as well as a live radio link by Kiss FM Cyprus between 7pm and 9pm.

Welcoming the weekend is the arts and crafts Pola Sela market in old Nicosia featuring local creators. Held at the brand-new space of Entos Technon on Aischylou street by the Yasemin Collective, the arts and culture venue will welcome 25 artists and their creations. Handmade items from candles and fragrances to tote bags, cyanotype prints, jewellery and more will be on sale on Saturday from 11am to 7pm. Promising a fun day filled with creativity, art and conversation, Entos Technon invites the public to explore and support the work of local artists and get to know this new space over a cool cup of lemonade.