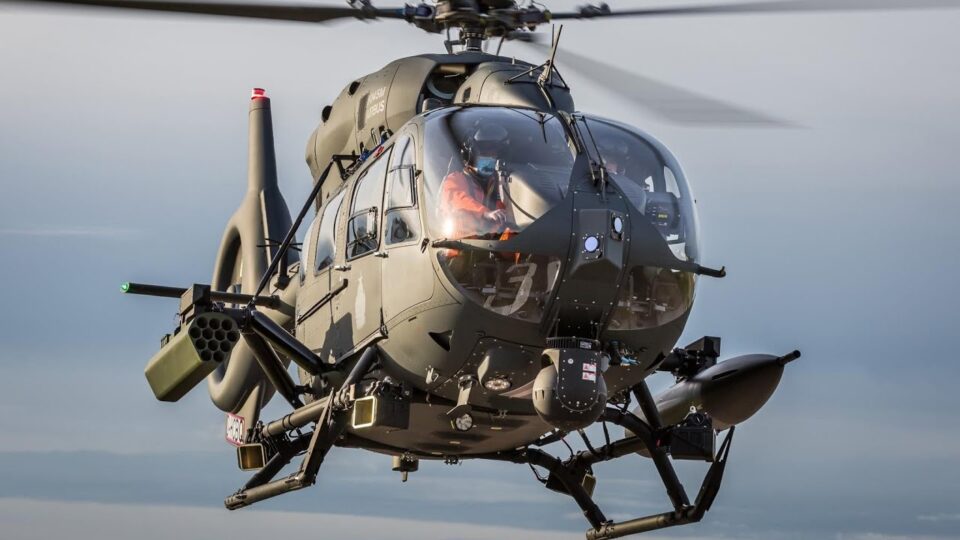 By Elias Hazou and Christodoulos Mavroudis

The north’s ‘foreign ministry’ on Thursday called the armaments activities on the Greek-Cypriot side a provocation and a threat to stability on the island, a day before Cyprus was set to close a deal for the purchase of six attack helicopters.

The ‘foreign ministry’ was referring to the recent release of €53 million by Cyprus’ parliament as an advance for the purchase of six Airbus attack helicopters replacing the National Guard’s ageing 11 Russian gunships that will be sold off to Serbia.

“It’s obvious that these military activities are being carried out against the Turkish Cypriot people,” it said in a statement.

The ‘ministry’ included this in a string of activities which Turkish Cypriots perceive as provocative, including the placement of 250 heavy weapon firing positions along the ceasefire line, or supporting the Kurdish PKK and spending millions of euros on weapons and ammunition.

According to daily Politis, the supply of the six Airbus helicopters will take place within a five-year timeframe with the option of acquiring an additional six helicopters. The armaments plan has a ten-year timeline and seeks to ultimately establish a fleet of 12 attack helicopters.

The ‘ministry of foreign affairs’ also went on to accuse the UN Security Council as “a non-credible and impartial institution” – referring to France’s willingness to sell armaments to the Republic of Cyprus and to the lifting of the arms embargo by the United States.

Meanwhile a spokesman for the defence ministry confirmed that the deal for the purchase of the first six choppers would be signed on Friday.

Lieutenant-Colonel Christos Pieris said they’d disclose more details – such as the delivery timeframe – once ink is put on paper.

As an airborne weapons platform, the Η145Μ has considerable differences to the Mi-35 Russian gunship which it will replace.

The Mi-35 is a combat-transport helicopter, capable of holding eight men in addition to the flight crew. By contrast, Airbus’ Η145Μ is designed for a pilot and a weapons operator.

Asked about this, a military source speaking on condition of anonymity explained:

“With the Mi-35, we have 11 of those carrying eight men each – that works out to 88 men. We don’t really have a use for that – it’s not as if Cyprus will carry out an airborne invasion. The smaller Airbus helicopter is better suited to our operations.”

The formal decision to offload the National Guard’s 11 Russian gunships was taken by the cabinet in August 2021.

Reportedly, the chief reason had to do with the high upkeep cost for the Russian helicopters – an estimated €100 million over the next 10 years. Moreover, the EU sanctions recently imposed on Russia would render the repair of the helicopters difficult, if not impossible. By contrast, Serbia – the interested buyer – is not a member of the EU and therefore not bound by the sanctions.

The Cyprus Mail understands, however, that no final agreement on the helicopters has yet been reached between Serbia and Cyprus.