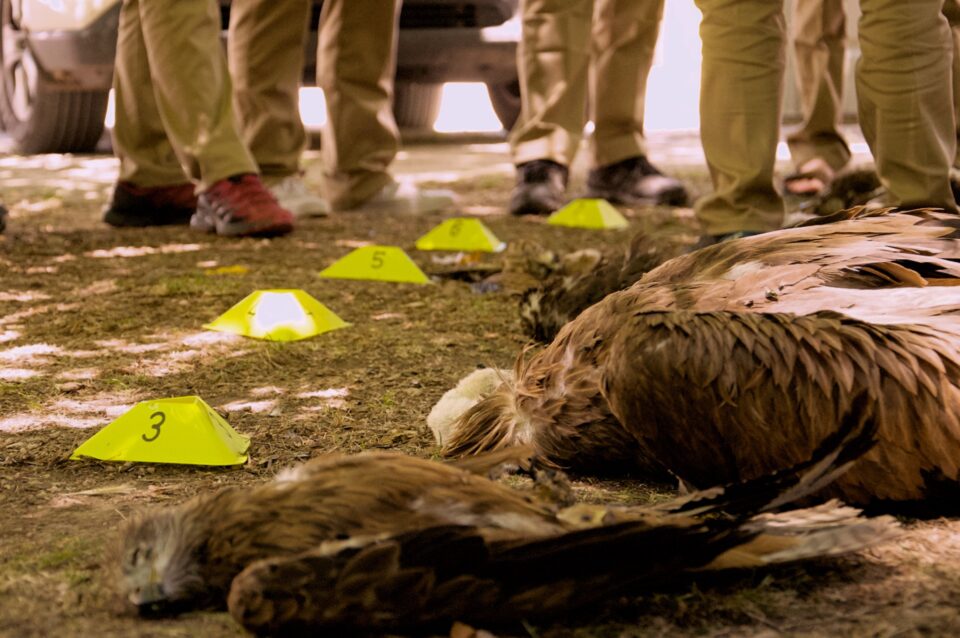 Spanish experts were on the island this week to share expertise on protecting wildlife from poison baits as part of a wider campaign to bolster the island’s embattled Griffon vulture population.

More than 1,000 pupils at 20 schools in Paphos and Limassol districts were briefed about the importance of vultures to the island’s biodiversity and eco-systems and the various threats they face.

And, in view of the release into the wild of 15 vultures the experts brought to the island with them to boost the very small Cypriot population, four primary schools were selected to ‘adopt’ a vulture.

Under the pilot programme, pupils at the schools of Pachna, Palodia, Episkopi and Pissouri picked names for the vultures. They will also be able to monitor the birds’ movements and be updated on how they adapt to the island over the next few months.

The campaign is one of a series of actions undertaken under the EU-sponsored LIFE with Vultures programme aiming to address the biggest threats to the Griffon vulture in Cyprus, such as the use of poison baits, Terra Cypria said.

Poison and use of poison baits are serious crimes against wildlife which are often ignored and not effectively prosecuted, said BirdLife Cyprus – another partner in the LIFE with Vultures programme.

However, using CSI, forensic science, and judicial procedures, the regional government of Andalusia in Spain has managed to slash the number of illegal poisonings of wildlife by 80 per cent in the past 15 years.

“The seminars are a national initiative that aims to create substantial and continuous involvement of the relevant Cypriot authorities and to boost their abilities so as to improve the way such cases are handled and promote implementation of the law,” BirdLife Cyprus added.

Under the same initiative, two border collies have been specially trained to detect poison baits and are already earning their keep as they join their handlers from the game service on daily patrols in the countryside.

Once a common sight on the island, the Griffon vulture currently faces a high risk of extinction in Cyprus, with poisoning being the number one threat that has caused mass killings in the past and continues to be responsible for Griffon vulture deaths.

Vultures, although not the target, are the most susceptible to falling victim to poisoning due to their scavenging and social feeding behaviour which means that large numbers can be poisoned from a single laced carcass.

“These losses could have been avoided or used to avert further loss, if the incidents were thoroughly investigated as the crimes against wildlife that they are and those responsible brought to justice,” BirdLife Cyprus said.

Coordination between the various agencies and implementation of the appropriate techniques and investigative methods can lead to finding the perpetrators and enforcing penalties that serve as a deterrent, it added.

Placing poison bait is illegal and punishable with up to three years in prison and/or a fine of up to €20,000 under the law on the protection and management of wild birds and game.

If a protected species such as a vulture is harmed, the penalty is up to 10 years in jail and/or a fine of €500,000 under the law on the protection of the environment.

Launched in 2019, the Life with Vultures project aims to minimise the risk of extinction to Griffon vultures. The four-year project (2019-2023) brings together BirdLife Cyprus, the game service, Terra Cypria-the Cyprus Conservation Foundation and the Vulture Conservation Foundation to tackle the main threats facing the Griffon vulture and prevent Cyprus’ most threatened bird of prey from going extinct.

The project includes actions against the use of poison baits, actions to counter collisions with overhead power lines, as well as actions to increase feeding opportunities for the provision of safe supplementary food to the vultures.