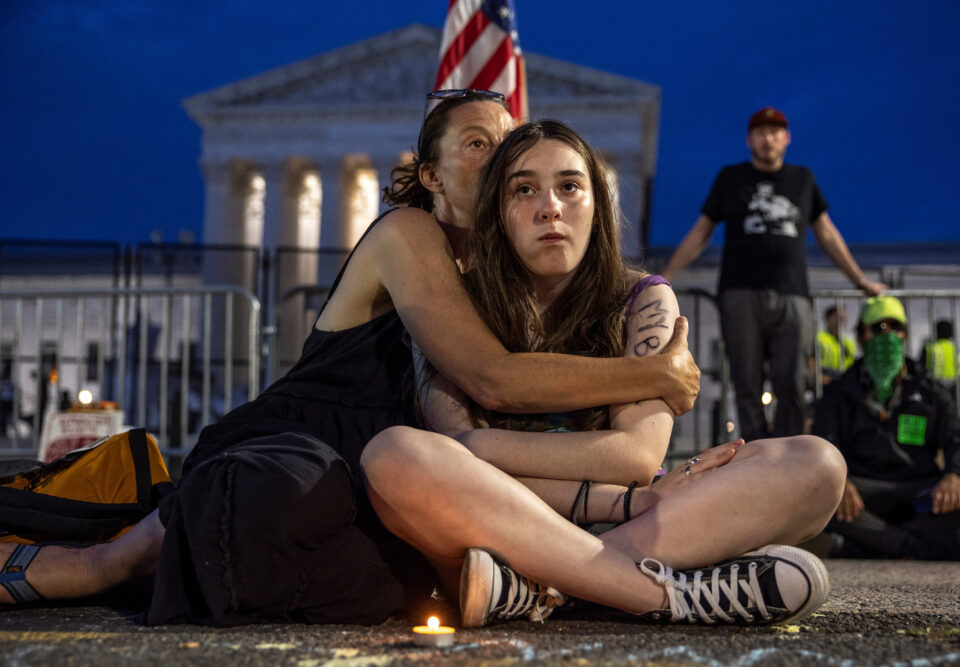 People attending Pride celebrations hosted by LGBTQ+ communities across the United States expressed outrage at the Supreme Court’s decision to overturn the constitutional right to abortion, and a wave of anti-transgender legislation.

For more than 50 years, LGBTQ+ people and supporters have marched on the last weekend in June to celebrate hard-won freedoms. But now many fear those freedoms are under threat.

“This march is going to have more of a serious tone than celebratory, and I don’t think that’s a bad thing at all,” said Krystal Marx, executive director of Seattle Pride, which drew thousands of people to its parade on Sunday.

In New York City, throngs of people dressed in rainbow colors cheered as representatives of the abortion rights group Planned Parenthood took part in a parade in Manhattan. The marchers held pink signs that read “Together. We fight for all.”

“Everybody please scream for Planned Parenthood!” an announcer called over a loudspeaker. “We won’t back down!” the crowd responded.

The marches commemorate protests that broke out after police raided a gay bar at the Stonewall Inn in New York City on June 28, 1969.

LGBTQ leaders fear the abortion ruling by the court’s conservative justices endangers personal freedom beyond abortion rights. In a concurring opinion, Justice Clarence Thomas wrote that the Court might reconsider other precedents, mentioning specifically the rulings protecting the rights to contraception, same-sex intimacy and gay marriage.

“The anti-abortion playbook and the anti-LGBTQ playbook are one and the same. Both are about denying control over our bodies and making it more dangerous for us to live as we are,” Sarah Kate Ellis, CEO of LGBTQ advocacy organization GLAAD, said in a statement.

Even before the Supreme Court’s ruling against abortion rights, the LGBTQ+ community’s Pride month jubilation was weighed down by a raft of Republican-backed state laws that specifically target transgender youth.

In Texas, where Republican Governor Greg Abbott has called for prosecuting some gender-affirming care as child abuse, the line from overturning Roe to rolling back LGBTQ+ rights was clear to Patrick Smith, who attended Houston’s Pride Parade.

“The government should stay out of our private lives,” said Smith, who attended the event on Saturday with his partner. “Women went first. I fear what could happen to us too.”

Abortion rights and transgender rights were top of mind at San Francisco’s Pride parade, where people held signs that read “Abort the Court,” “Protect trans youth,” and organizers led a chant of “Get your laws off our bodies.”

“It feels like there’s a cloud over everybody who has a uterus,” said Maya Reddick, a high school student attending San Francisco’s celebration with friends. She held a sign that said “reproductive rights are human rights.”