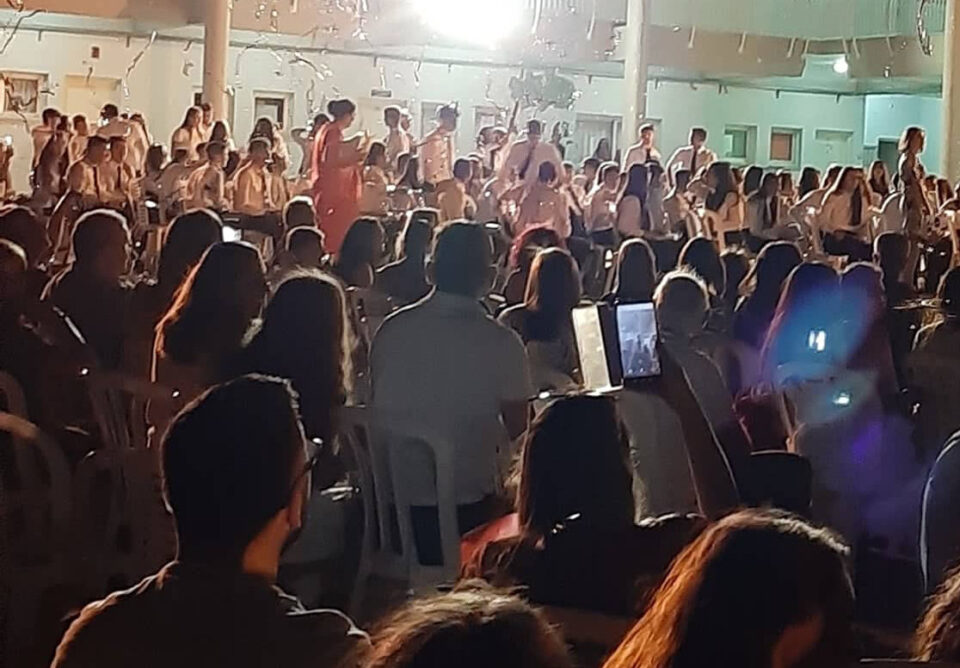 The education ministry on Wednesday launched an investigation and admitted racism is an issue in schools after a Larnaca secondary school graduation ceremony descended into chaos and was abruptly called off after the headmaster reportedly refused to give a 15-year-old Syrian student their school leaving certificate.

Akel on Wednesday called on the education ministry to investigate the incident, which it also labelled racist.

Tensions flared on Tuesday evening after the headmaster reportedly ordered the 15-year-old Syrian student to leave the stage, saying his certificate would not be handed out, arguing that the student’s clothing and hairstyle was inappropriate.

Yiasoumis further said the headmaster had given instructions on the dress code for the ceremony but some students appear to not have complied.

The ministry official clarified that students who did not comply with the dress code were only given their leaving certificates after the ceremony rather than being presented it on stage.

“Of course they received their certificate, the headmaster did not kick them out of the school,” Yiasoumis told the Cyprus Mail.

But during the ceremony outraged parents yelled for the student to be given his the certificate, with the ceremony subsequently descending into chaos.

A shouting match ensued, with swearing directed at the headmaster leading him to retreat to his office and calling in security.

On Wednesday, Akel’s Larnaca wing called on the ministry to investigate the incident and “finally” take responsibility, stating that the headmaster in question has a history of such incidents and causing problems at the school.

Education Minister Prodromos Prodromou said that while he did not know the details of the specific case, he acknowledged that: “there is racism at schools in Cyprus, but we are trying to stamp it out.”

Yiasoumis said he has received a complaint on the issue and immediately called for a report.

“I instructed the regional director of Larnaca to investigate the incident, and I am awaiting the written details,” Yiasoumis told the Cyprus Mail.

He emphasised he is awaiting a clearer picture and a full report with the details of the incident before commenting further.

It was further reported that the headmaster was embroiled in a similar incident last year.

Last June, the family of teenage African student said their daughter faced discrimination after she was told she could not participate in the graduation ceremony because she had braids.

In the end the girl was allowed to take part after Larnaca mayor Andreas Vyras managed to convince the head teacher to allow the girl to graduate with her classmates.

A family member said at the time that the girl, whose mother is from Kenya, found it challenging to style her hair. “It is painful to comb her hair, every morning they had the same problem,” the family member said.