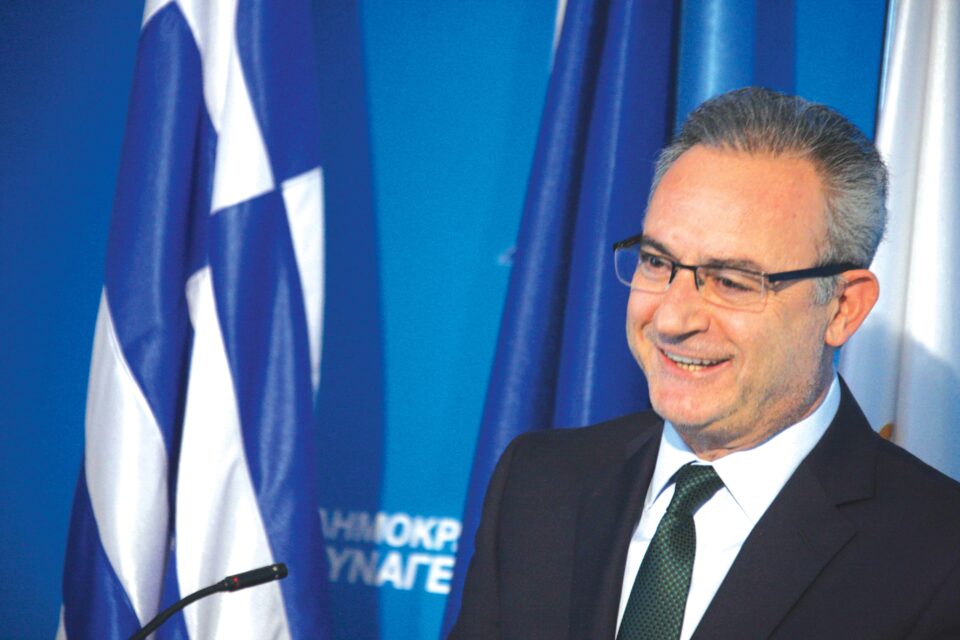 Possibly for the first time in the contemporary history of Cyprus, the political scene seems to be finally clearing and the road is being paved for a meaningful debate on the two most critical issues of the long election campaign: the Cyprus problem and corruption.

The peculiarity of the present setup is the fact that all three major protagonists are related to the government that has ruled Cyprus for the past decade. These candidates are: Averof Neophytou, Disy president, who is supported by his party; Nikos Christodoulides, until recently foreign minister and a key member of the government whose candidacy is supported by Diko and probably by Edek, although a formal decision will be taken on July 13; and Andreas Mavroyiannis, until recently the Greek Cypriot side chief negotiator on the Cyprus problem and also a key associate of President Anastasiades. Mavroyiannis’ candidacy is supported by Akel.

Despite the claim of Christodoulides that he is an “independent candidate”, it is abundantly clear that he is Diko’s presidential candidate and that he supports the view of this party that the only way to resolve the Cyprus problem is by imposing sanctions on Turkey. Such sanctions would apparently bring Turkey to its knees and force it to accept that Cyprus will be ruled by the Greek Cypriot majority with the Turkish Cypriots treated as an adequately protected minority. Of course, as things stand today, such an arrangement will not be accepted by Turkey and the Turkish Cypriots. It follows that adopting this position is tantamount to condoning and accepting the de facto partition of Cyprus. The practical consequences of the line Christodoulides, Diko and Edek have adopted, directly leads to the partition of Cyprus (possibly under a disguised “loose” federation or a confederation, in which Turkey will be in command). In terms of substance, this line is supported by both the far-right Elam and the “independent” presidential candidate, Georgios Kolocasides.

Although I disagree with Diko’s and Edek’s assessment (because I believe that it will lead with mathematical precision to the extinction of the Greek Cypriots), I readily acknowledge the fact that in a democracy, no one has the right to claim infallibility and, as a consequence, we must all pay attention to the opposing views. It is in this spirit that I beg Christodoulides and the parties that support him to explain and substantiate their view that the partition of Cyprus is the most fitting solution for the Greek-speaking population of Cyprus. The electorate has the right to know the rationale of their choice.

The position of Akel-supported Mavroyiannis embodies a contradiction. Although he agrees with the position taken by Christodoulides and Nicos Kotzias (then Greek foreign minister) at Crans-Montana in 2017 of “zero troops, zero guarantees, from day one”, and although he was fully aware that such a position was certain to lead the negotiations to a stalemate, he nevertheless strongly supported that position, despite the objections raised by Akel at the time. There is no doubt that the concern of the Greek Cypriot side (in relation to troops and guarantees) was fully justified, but in my mind the thrust of the effort in those negotiations should have fallen on finding a mechanism that would have ensured the proper implementation of what would have been agreed (just as the UN secretary-general had suggested), rather than loudly projecting the slogan of “zero troops, zero guarantees from day one”, which Turkey was certain to reject. On the basis of this thinking, that slogan appeared to many observers as a pretext for rocking the boat. In the light of this inherent contradiction (which is reminiscent of the infamous “we say No to cement Yes”, Andreas Mavroyiannis and Akel must take a clear position.

It is well known that Russia has never favoured the reunification of Cyprus because of its fear that the solution of the Cyprus problem will lead Cyprus into the arms of the West. It is also well known that in the past Moscow could exercise a degree of influence on Akel, and by extension on the party’s presidential candidates. In the face of this concern, which I am openly voicing here, it would be very helpful if both Mr Mavroyiannis and Akel could provide some tangible evidence (such as regular periodic statements of the sources and the applications of the election campaign funds) that would pacify these concerns. Needless to say, all the other candidates should follow the example of Mavroyiannis and Akel.

The third presidential candidate is Averof Neophytou. The opposition claims that the Disy government has ruled Cyprus for almost 10 years and that in the field of the Cyprus problem and corruption, we have gone from bad to worse. My question is the following: ‘How is it possible that those who – on these two crucial issues – have failed miserably to attain their goals, how can they stubbornly seek to secure the first role in the game, instead of withdrawing from politics and letting others try?’ The irony of the matter is that of the three main presidential candidates, the one who has the least responsibility for our plight is Neophytou, because it is well known that in the presidential system we have in Cyprus, the ability of the chairman of the “ruling” party to dictate to the president how he should act, is literally next to zero.

Of course, Disy could (theoretically) have declared an open war on the president of the Republic, but this would have automatically meant the splitting of the party, something naturally inconceivable for its leader. Nevertheless, Neophytou has spoken about “a tsunami that is coming” and about “a Guterres Framework that we have failed to capitalise on”, to mention two of his well-known sayings. The area in which the Disy chairman has supported the president and the government was the economy, where the results of the past ten years undoubtedly carry a positive sign, particularly if due consideration is given to the fact that the Anastasiades government inherited an economy that was on the verge of bankruptcy (“on the respirator”). On top of that, it was called on to cope with serious – externally induced – problems, such as the coronavirus, the war in Ukraine and various other economic issues, such as the new healthcare system.

As far as corruption is concerned, it is true that the Anastasiades government did not address the problem and indeed has tolerated it. However, at least the same level of tolerance, possibly higher, has been exhibited by all the opposition parties, which have stubbornly been refusing to make the necessary amendments to the “where the funds have come from” rules that have been in force – in a castrated, totally ineffective form – since 2004, that is, for 18 consecutive years!

We should not forget the truly independent presidential candidates, such as Achilleas Demetriades, Constantinos Christofides, Marios Eliades and others who may end up playing an important role in the final selection of the voters. In this long pre-election campaign, we must also pay attention to what they have to say.