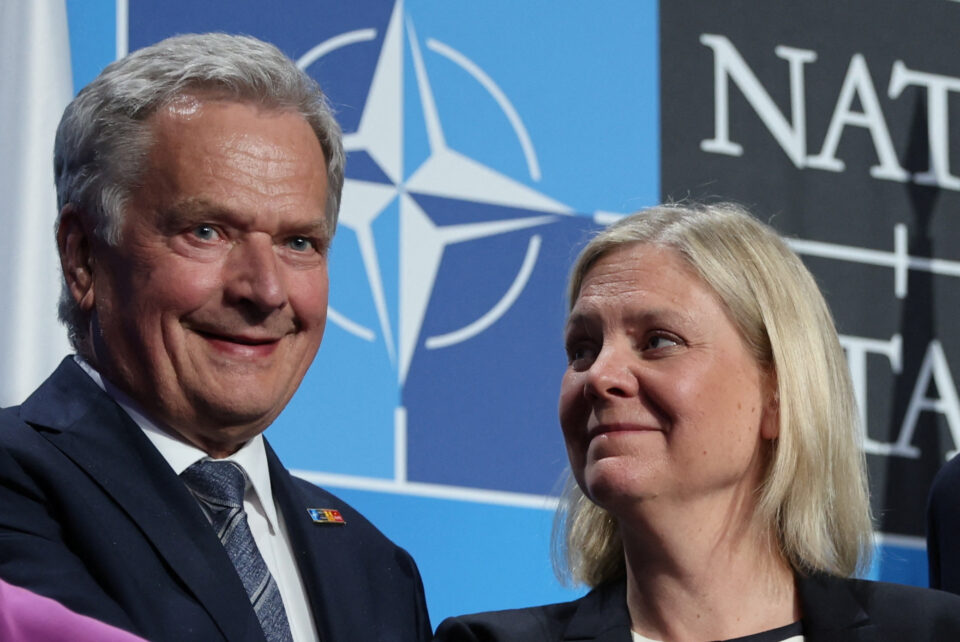 Another 15 million people joined the Nato alliance on Tuesday. Finland and Sweden, formerly neutral countries but near to Russia, gave in to Turkish blackmail, and that cleared the way for them to join the western alliance. (Every Nato member, including Turkey, has a veto on new members joining.)

The circumstances were a bit squalid, since both Sweden and Finland abandoned their support for Turkey’s oppressed Kurdish minority to unblock their own path to Nato membership. Russia is not planning to invade them at the moment, but as soon as Russian tanks rolled into Ukraine, both Scandinavian countries were knocking at Nato’s door.

They are small countries that Russia could eventually overwhelm by sheer numbers, but they are rich and the Finns, at least, reckon that their well-trained armed forces could make a Russian conquest slow and expensive. Since there was no good reason for Moscow to invade them, until last February that seemed to be enough. Then suddenly, it wasn’t.

The problem, although nobody mentions it out loud, is nuclear weapons. The two Baltic countries have no nukes of their own (although Sweden once considered getting them), and now President Vladimir Putin and his enablers hint at nuclear strikes every time anything goes wrong with his war against Ukraine.

The only way Finland and Sweden can get protection from Russian nuclear blackmail is to join Nato, three of whose members (the United States, Britain and France) have nuclear weapons of their own. Since all Nato members are obliged to protect any member under attack, that gives the Swedes and Finns a nuclear guarantee.

There have, of course, been the usual warnings from the usual sources that letting these two countries into Nato will make the Russians even more paranoid and therefore even more prone to attack their neighbours (although the latter part of that warning is never fully articulated). But this is sheer nonsense.

The Russians are indeed paranoid, but that is a state of being, not a response to some particular act they interpret as aggressive. They come by their paranoia honestly, in the sense that they have been invaded by the ‘A team’ of would-be world conquerors (the Mongols, Napoleon, Hitler) and live in a country with no ‘natural’ frontiers.

But it is paranoia, and it will be there whatever other people do. The Russians never really intended to conquer western Europe, but they did put their own puppets into power in all the eastern European countries and turn them into satellites after the Second World War. That was ‘defensive’ in their own minds, but it felt like aggression to everybody else.

Not only did the Russians impose their own Communist system on all these countries and cut them off entirely from the rest of Europe with the ‘Iron Curtain’. They ruthlessly crushed any revolts by the subject peoples – in East Germany in 1953, in Hungary in 1956, in Czechoslovakia in 1968 – and imprisoned or executed tens of thousands of people.

After 40 years of Soviet military occupation, therefore, it was inevitable that those eastern European countries would seek shelter in an expanded Nato after the collapse of the Soviet Union. And it was necessary for Nato to take those countries in, because otherwise they would have tried to build their own defences against Russia.

Historical might-have-beens are usually highly debatable, but it’s close to certain that if Poland had not been able to join Nato and come under its nuclear guarantee, it would have its own nuclear weapons by now. Given the country’s long history of subjugation and brutalisation by Russia, the Poles would have seen any other course as sheer madness.

Yes, all those countries joining Nato ‘provoked’ Moscow, but when you are dealing with a career paranoiac there is no choice. The fact is that at no time since 1945 have the Western powers had the military strength to invade Russia successfully on the ground. Since about 1960 they have not had the capacity to win a nuclear war against Russia either.

The Russians aren’t stupid. They are paranoid because of their history, but they can count. At one level they fully understand that Nato could not invade them because (a) it lacks the necessary superiority in conventional military forces (even after the recent demonstration of their own army’s parlous state), and (b) Russia has nuclear weapons.

So they have unreasonable fears, but they also know how to use the known fact of their paranoia to justify aggressive actions of their own. In the hands of a man like Vladimir Putin this can be a powerful diplomatic tool, and the only sensible way to counter it is to refuse to enter into that intellectual swamp at all.

Just stop psychologising about the Russians, and do whatever seems reasonable and necessary.