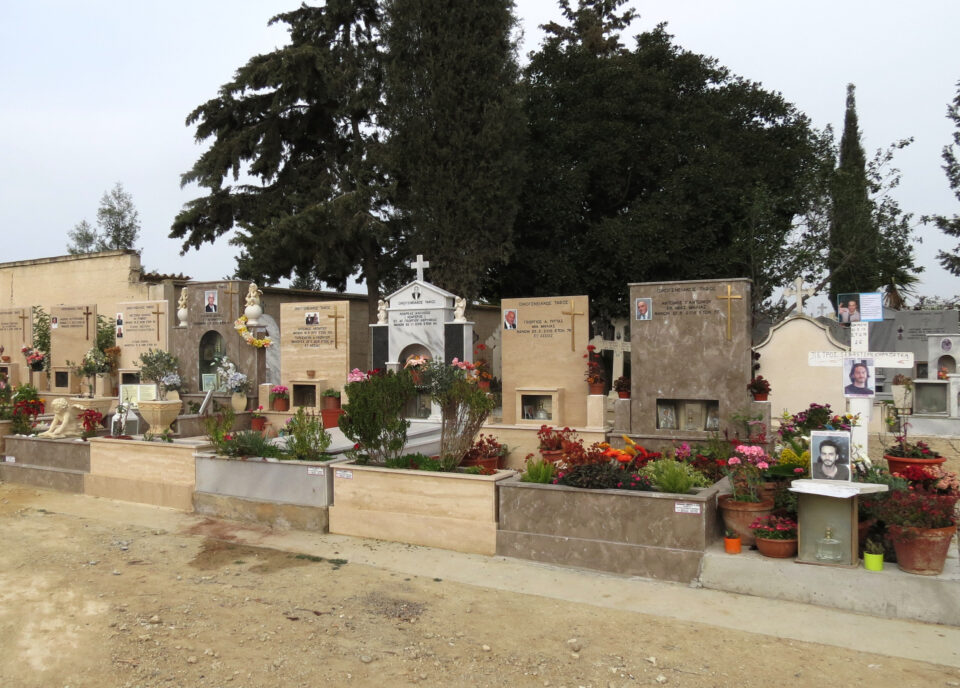 With so much going on – inflation, migration, Covid, the Cyprus problem, next year’s election – it’s easy to miss the issue of excess deaths in Cyprus. And of course no politician would willingly shine a spotlight on such a grim subject.

Yet the numbers are bad, and have been for a while. The Cyprus Mail wrote about excess deaths last December, when we reported high mortality and funeral directors saying they’d never been busier. Since then, it’s only gotten worse.

About one seventh (297) of this year’s deaths were official Covid deaths – but most were not. All in all, we’ve lost about 400 more people than expected, in just three months.

Given the obsession with public health in the past two years, one would expect this mysterious excess to be on TV and on the front pages of newspapers. Yet in fact it’s barely been reported.

What’s behind these very high numbers? It’s impossible to say for sure. Whatever the cause, however, there’s a pressing need for investigation and public debate.

The most obvious culprits aren’t necessarily the most likely. Two black-swan events have occurred in the past two years, a global pandemic and a mass vaccination campaign. If the excess deaths were due to complications from either Covid or the vaccines, however, we’d expect to see the same thing happening in all Western countries, which all had a similar experience.

Some countries (Iceland, Greece, Australia) are indeed reporting excess deaths, but it doesn’t seem to be consistent or across the board. That said, our authorities should take every step to investigate the Covid-infection and vaccination history of those who died, and check for commonalities – for instance if they had severe illness, or suffered Long Covid, or reported any adverse effects post-vaccine.

But the main debate to be had – and urgently – is about our health system which seems unable to deal with this situation, possibly due to the measures and interventions of the past two years.

It seems likely, for instance, that many of those dying in 2022 were people who missed an early diagnosis in 2020-21 due to lockdowns – or because everyone was too terrified to visit doctors, who often weren’t seeing patients face-to-face anyway. These are lives that might perhaps have been saved, but their illness was too far advanced by the time they finally got diagnosed.

It also seems likely that our healthcare itself is in crisis. Hospital staff are exhausted after two years – which of course is understandable, but why did the burden fall entirely on them? Why was Covid turned exclusively into a hospital illness, with no attempt to treat early? Standards, inevitably, have fallen, nor does it help that patients are alone and loved ones remain shut out due to Covid measures. How many of these excess deaths are due to something as simple as a harried nurse failing to reach a patient in time, because there was no relative there to raise the alarm?

But the biggest issue lies perhaps with the secondary effects of measures and lockdowns.
People have become much less healthy in the past two years. They’re more stressed, which itself is bad for health. They’ve been fed a steady diet of fear and panic, both from TV news and more subtle mechanisms like the constant use of masks and social distancing, diluting human contact and making it impossible to forget the presence of disease. They’ve been cooped up at home, eating more, exercising less.

We need to talk about whether the excess deaths we’re seeing now might be due to the lingering unhealthiness caused by Covid measures – and of course we need more information on causes of death, age breakdown and so on. At the very least, we need someone at the health ministry to acknowledge these numbers and try to explain them.

After all, it’s increasingly clear that, as cases and hospitalisations rise – which they obviously will – the government fully plans to return to the Plan A of masks, restrictions and vaccines. If the regime of the past two years has damaged society, it should not be repeated. The numbers, after all, are significant. 400 excess deaths in three months is almost half of what Covid (with restrictions, admittedly) claimed in two and a half years.

It could all be a blip, of course. Deaths could stabilise soon (as they’ve done in the UK, apparently) as the effects of lockdown peter out and Covid becomes endemic. It’s worth recalling that 2021 started with normal numbers, then spiked in the second half; the opposite might happen in 2022. Either way, these alarming figures should be out in the open.