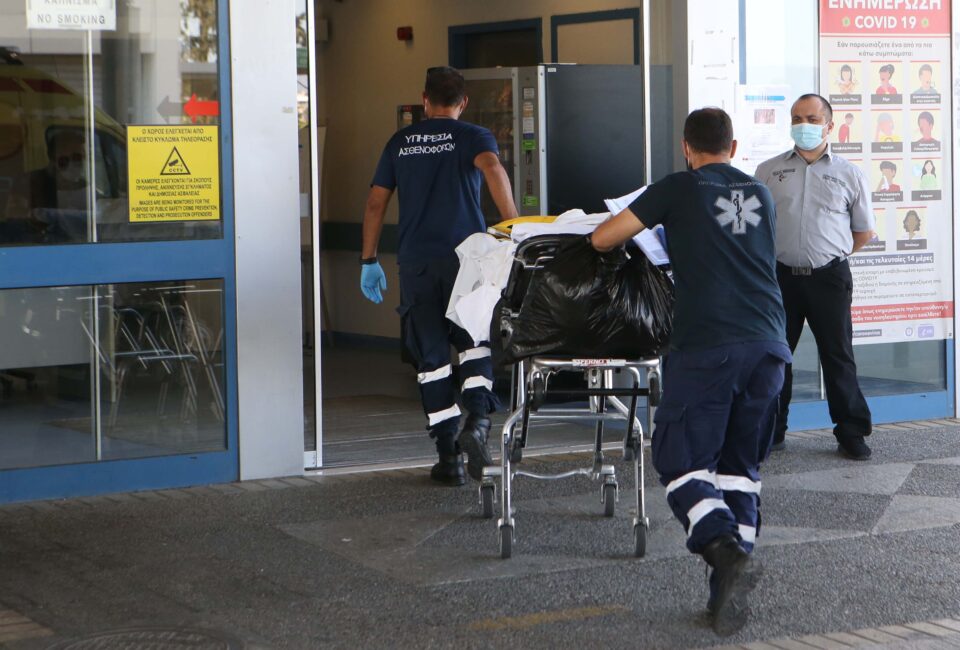 Government doctors in accident and emergency departments of the island’s hospitals held a three-hour work stoppage on Tuesday.

“The main reason [for our stoppage] is the understaffing of doctors, a perennial issue exacerbated in the last few months. The doctors of A&E over the past three pandemic years have not taken any leave. They should at least get 12 days of leave. Okypy has been informed multiple times by the department directors regarding understaffing,” Limassol general hospital’s A&E director Fedra Ioannou said.

“In one case here, a doctor submitted his resignation on April 4, but a vacancy notice was only announced ten days ago. All processes are delayed, there is no organisation,” she added.

Asked on Tuesday if the work stoppage was necessary Pasyki’s president Sotiris Koumas responded positively, citing understaffing and Limassol’s A&E case where eight doctors are currently employed when there are supposed to be 14, even 17.

On Tuesday afternoon the health ministry acknowledged the issues and called for a meeting in the coming week aiming to resolve the issues and provide proper care to patients.

“Considering the doctors concerns, Okypy’s positions and patient safety, the minister of health has called for a meeting in the coming week aiming at solving the issues recorded at the accident and emergency departments and at providing a safe and quality care to patients,” a ministry announcement said.

However, spokesman for state health services organisation Okypy Charalambos Charilaou said that it is unacceptable to mislead the public with false numbers, either willfully or out of ignorance. At Limassol’s A&E department there are 13 doctors on the books, he said, and those who may be ill or on leave should not be discounted from the roster’s total.

Similarly for Nicosia’s A&E, the doctors’ union claimed that there are 11 doctors, but on the official payroll there are 18.

Furthermore, Charilaou said that the doctors should have waited as there is a scheduled meeting on Wednesday between them and Okypy intended to provide the proper information and the correct staff figures.

He further stressed that there is no understaffing issue but rather an issue of timely dispatch of specialists and efficient triage and management of the A&E’s.

But Pasyki’s vice-president Adonis Eleftheriou echoed the understaffing issue and pointed to the “organisational and administrative inability of Okypy to find solutions.”

Eleftheriou further cited Paphos’ A&E case where there is a staffing provision for 12+1 doctors, but instead its operating with 8+1.

He also said that patients should understand that it’s not the doctors who are causing the problem but Okypy’s organisational deficiencies, adding that hospitals currently run because of the staff’s professionalism and conscientiousness and not because of “Okypy’s administrative efficiency.”

The Cyprus Medical Association (PIS) declared its solidarity with the doctors, accusing Okypy of having an “unfortunate” opinion that creates false impressions by beautifying reality. “How is it possible to solve problems that are not even recognised?” PIS asked.

“The issues of understaffing and safety of operations are perennial and undoubtedly affect the doctors when exercising their duties… The right to strike must be respected and under no circumstances this right is aimed at the citizens and should not be attributed as an alleged undermining of Okypy,” an announcement said.

Akel in its turn also declared solidarity with the A&E doctors and their claim for sufficient staffing of their departments.

“The government, health ministry and Okypy bear responsibility for the tragic situation at the public hospital’s A&E departments. For years they ignored our warnings and refused to listen to doctors and health professionals,” Akel’s said.

The nurses’ union (Pasyno) expressed solidarity and support for the strike and added its voice of frustration to what it called “the delay in solving chronic understaffing” at A&E departments.

“Despite assurances and the meetings that took place, in the presence of the minister of health and the parliament, the problems persist, and they burden and affect other health professionals,” Pasyno said.

According to the nurses’ union, “the worrying thing is the extension of the problem to the patients, who have no other choice but to be treated in private hospitals.”