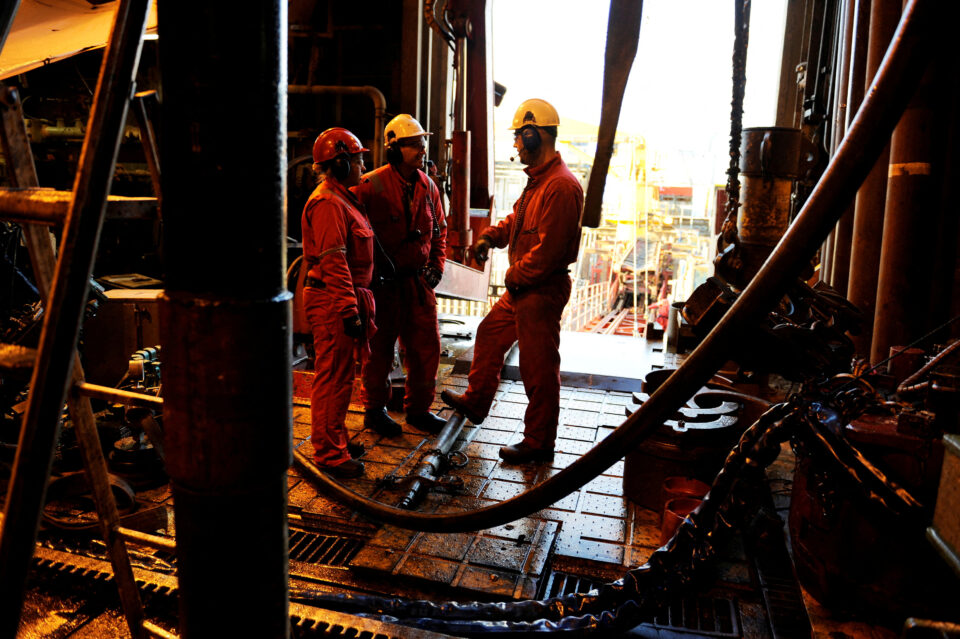 FILE PHOTO: Oil workers are pictured as they work at the Oseberg oil field, in the North Sea, in this November 25, 2008 file photo. REUTERS/Marit Hommedal/NTB Scanpix/File Photo

The Norwegian government on Tuesday intervened to end a strike in the petroleum sector that had cut oil and gas output, a union leader and the labour ministry said, ending a stalemate that could have worsened Europe’s energy supply crunch.

Norwegian offshore oil and gas workers went on strike over pay on Tuesday, the first day of planned industrial action that had threatened to cut the country’s gas exports by almost 60% and exacerbate supply shortages linked to the Ukraine war.

“Workers are going back to work as soon as possible. We are cancelling the planned escalation,” Lederne union leader Audun Ingvartsen told Reuters. Asked whether the strike was over, he said: “Yes”.

The labour ministry separately confirmed it had exercised its right to intervene.

“Norway plays a vital role in supplying gas to Europe, and the planned escalation (of the strike) would have had serious consequences, for Britain, Germany and other nations,” Labour Minister Marte Mjoes Persen told Reuters.

“The volume impact would have been dramatic in light of the current European situation.”

In a worst case scenario, Belgium and Britain would not have received any piped Norwegian gas from Saturday, gas pipeline operator Gassco had said, because of the risk of a shutdown at Sleipner, a gas transportation hub in the North Sea.

Oil and gas from Norway, Europe’s second-largest energy supplier after Russia, is in high demand as the country is seen as a reliable and predictable supplier, especially with Russia’s Nord Stream 1 gas pipeline due to shut for maintenance from July 11 for 10 days.

British wholesale gas price for day-ahead delivery TRGBNBPD1had leapt nearly 16% on Tuesday, though the price of Brent crude LCOc1 fell as fears of a global recession outweighed concerns about supply disruption, including the strike in Norway. O/R

The Norwegian government has the power to intervene in strikes under certain circumstances.

Such powers have also previously been used to end petroleum sector strikes, to protect Norway’s reputation as a reliable gas supplier to Europe.

“We are glad to see that the government understood the seriousness of the situation and acted to uphold Norway’s reputation as a reliable and stable supplier of natural gas to Europe,” NOG, the oil lobby, said in a statement.

Like workers elsewhere, Lederne union members had been concerned about accelerating inflation eroding their wages, though they are among the best paid employers working offshore Norway.

Last week, they had turned down a pay rise of between 4% and 4.5%, negotiated by union leaders and oil companies. Inflation in May stood at 5.7% year-on-year.

Under the forced settlement by the government, workers will receive the same terms as the two other oil unions that had neogiated deals with employers, though the specifics will be agreed at a later stage, said Ingvarsten, the union leader.