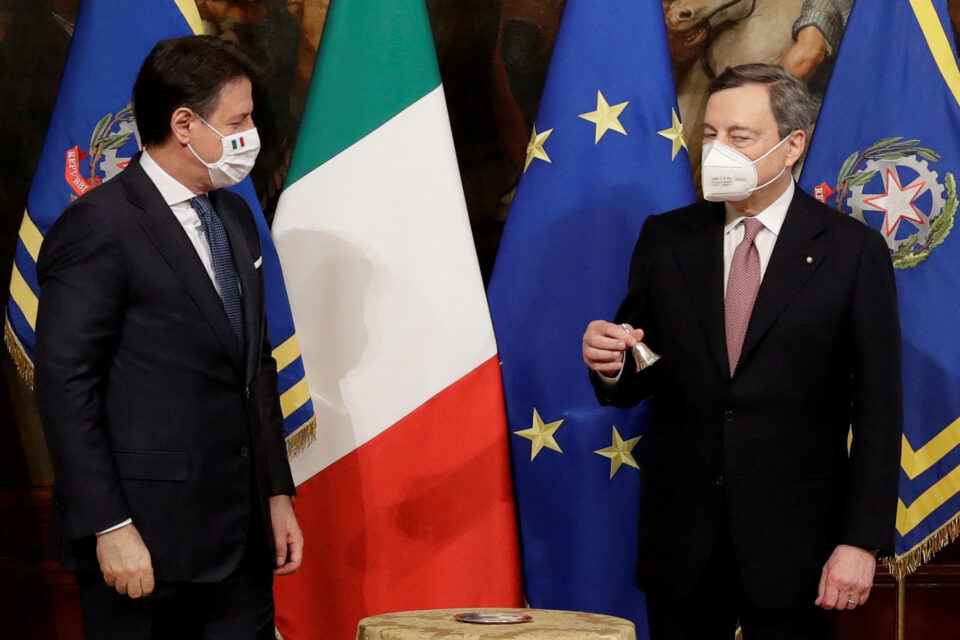 Italian Prime Minister Mario Draghi’s coalition government risked collapse on Thursday after the 5-Star Movement, one of its members, failed to support a parliamentary confidence vote including measures to offset the cost of living crisis.

Straight after the vote, Draghi headed to the Quirinale Palace in Rome to meet President Sergio Mattarella, the supreme arbiter in Italian politics, and the two men held talks for almost an hour.

Draghi, 74, returned to his office without commenting on what they had discussed.

The confidence vote had become a focal point for tensions within Draghi’s broad coalition as its parties prepare to fight each other in a national election due by early 2023.

Draghi raised the stakes by saying he would not want to lead a government without 5-Star, who emerged as the largest party in the previous election in 2018 but have since suffered defections and a loss of public support.

The 5-Star decision to boycott the vote plunged Italy into political uncertainty and risked undermining efforts to secure billions of euros in European Union funds, tackle a damaging drought and reduce its reliance on Russian gas.

It could lead to national elections as early as September or October after other coalition parties said there should be a vote if 5-Star no longer backed the government.

The confidence vote was passed 172 votes to 39 after the 5-Star lawmakers failed to take part in the vote. It was used to expedite parliamentary clearance of multi-billion euro aid package which also includes a provision allowing the city of Rome to build a giant trash incinerator.

5-Star has been pressing Draghi, the former head of the European Central Bank, to do more to help cushion rising living costs by raising government borrowing and has also long opposed the incinerator project.

Conte, who was Draghi’s predecessor as prime minister, said the party had always supported a programme based on ecological transition and social equality.

“Either we get true, structural and important responses, or no one can have our votes,” Conte told reporters on Thursday afternoon.

Italy is due to hold its next national election by the first half of next year and tensions have been rising between members of a coalition that has been in place since early 2021 and straddles both sides of the political divide.

The risks of a collapse of a Draghi government rippled through financial markets where Italian bond yields rose sharply, indicating investors demanding a higher premium to hold its debt, and shares fell to their lowest levels since late 2020.

The turmoil comes at a challenging time for Italy, the third largest economy in the euro zone, where borrowing costs have risen sharply as the ECB starts tightening its monetary policy.

The ECB is working on a new tool to contain divergence between German borrowing costs and those of highly indebted member states like Italy.

Draghi, Italy’s sixth prime minister in the past decade, had been seen as providing reassurance that Italy would respect any conditions attached to the new mechanism but his departure would create fresh uncertainty.

Twitter back up for many users after global outage

Shortage of lifeguards in Kato Pyrgos to be addressed