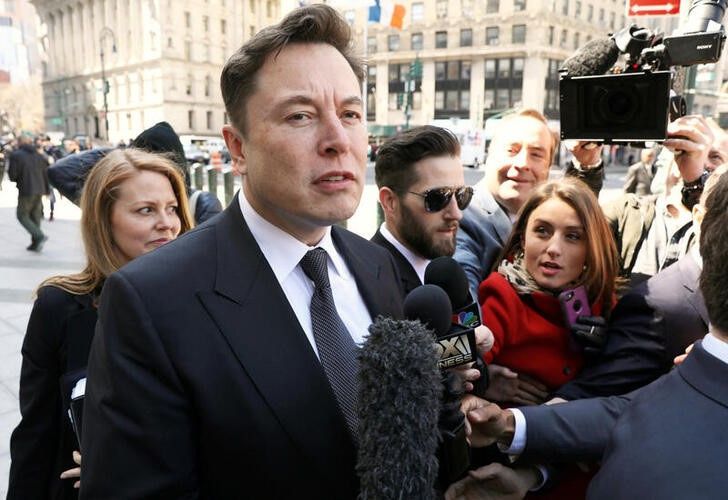 Twitter Inc’s (TWTR.N) fight with Elon Musk to enforce his $44 billion deal to buy the social media platform could attract scrutiny from the US securities regulator over whether Musk has misled the market during the course of the deal.

Twitter on Tuesday asked a Delaware court to order the Tesla Inc boss and world’s richest person to complete the merger, setting in motion what promises to be one of the biggest legal showdowns in Wall Street history.

On Friday, Musk said he was terminating the deal because Twitter violated the agreement by failing to respond to requests for information regarding fake or spam accounts on the platform, which is fundamental to its business performance.

In its Tuesday lawsuit, Twitter not only alleged that Musk was really backing out for financial reasons and that he broke the terms of the deal, but that Musk also broke US securities rules by failing to disclose his 9 per cent holding in Twitter on time.

Twitter also claims that in contriving a “narrative” about its spam accounts, Musk misrepresented Twitter’s handling of the issue and his communications with the social media company, “with equally misleading implications about the likelihood that the merger would be completed and about Twitter’s operations.”

Twitter’s shares have been on a wild ride since Musk disclosed his stake in the company on April 4, jumping 27 per cent initially and rising to nearly $52 when the deal was agreed on April 25, before falling to around $37 on Wednesday.

Legal experts say the case could attract scrutiny from the US Securities and Exchange Commission (SEC), which has been locked in a feud with Musk since the billionaire tweeted in 2018 that he had funding secured to take Tesla private when the SEC found he did not. The agency already has several open probes into Musk, according to court filings and media reports.

“When you’re dealing with statements about public companies that have an impact on stock prices, the SEC’s antenna goes sky- high,” said Stephen Crimmins, a partner at Davis Wright Tremaine LLP and a former SEC litigator. “So the SEC’s got to be looking at it, and all the more so because of Musk’s recent history with the SEC.”

Twitter estimates that around 5 per cent of its users are fake accounts, although independent researchers estimate the number could be three times higher.

To be sure, the securities laws allow Musk to change his mind and to play hardball in negotiations. And because Musk is not a Twitter executive, he does not have the same legal obligations to its shareholders when making public statements about the company as Twitter insiders. Nevertheless, Musk has a general legal obligation not to mislead the market through material misrepresentations or omissions, said lawyers.

In April, the SEC asked Musk whether the disclosure of his Twitter stake was late and why it indicated that he intended to be a passive shareholder, adding that his response should address public statements he had made about whether Twitter adheres to free-speech principles, a regulatory filing shows. Musk refiled the disclosure to indicate he was an active investor.

Lawyers said the SEC would likely expand that query to explore whether Musk had been honest in his subsequent public statements about his intentions for the deal and the spam issue.

Twitter alleges, for example, that in a May 13 tweet Musk misrepresented Twitter’s sample size for estimating spam accounts as just 100, even though earlier that day Twitter had explained in a private due diligence meeting that it sampled a total set of approximately 9,000 accounts per quarter.

The social media company also cited other “baseless” public claims Musk subsequently made, including that Twitter’s fake users could be as high as 90 per cent and that it had “lax” detection methods.

“The SEC will take a look and will want to know if he’s raising pretextual excuses and, essentially, misleading shareholders in the market,” said Robert Frenchman, a partner at Mukasey Frenchman LLP.

The agency might also explore whether Musk aimed to hurt Twitter’s share price, with the aim of renegotiating the deal terms, said Howard Fischer, a partner at Moses & Singer and a former SEC attorney.

“Arguably, his constant public comments … could be seen as market manipulation,” he added.