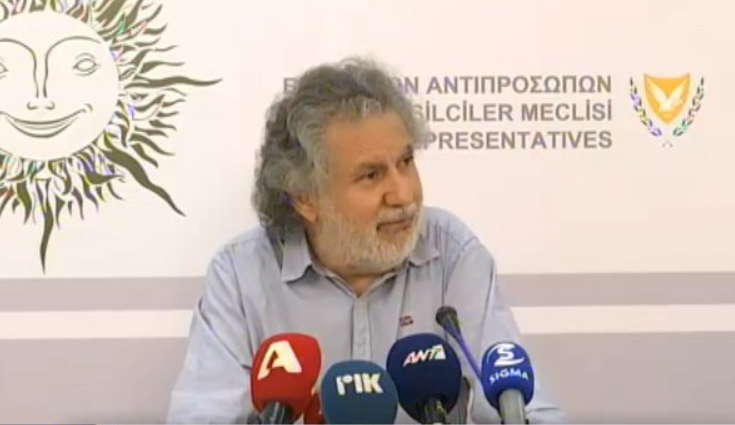 The president of the of the Cyprus (Private) Doctors Association (Enic), Dr Marinos Sotiriou backed the appointment of Dr Petros Agathangelou to the board of the Health Insurance Organisation (HIO), which administers Gesy, and said the angry reaction that followed was a case of “mass bullying” and “populist techniques”.

A public outcry greeted last week’s announcement by the government of the appointment of Dr Agathangelou, president of the Cyprus Medical Association (CMA) and it has not subsided. Unions, political parties, the patients’ association, two former health ministers and newspapers lambasted the decision demanding its revocation.

Dr Agathangelou is considered an enemy of Gesy, as he had opposed it and had urged doctors not to join when it was being set up. His critics claim that he would use his position on the board, which consists of 13 members, to undermine and destroy the national health scheme. An HIO director resigned in protest while the chairman, Thomas Antoniou, said on Saturday he was also considering quitting.

“It is much easier to employ populist techniques against a single individual, instead of looking into the real problems affecting Gesy,” Dr Sotiriou said in a written statement.

“Dr Agathangelou has a deep knowledge of the health sector and will undoubtedly contribute with ideas and suggestions. Besides that, he will only be a single member of the board, he will not take decisions on his own,” he added.

Along with Sotiriou, the pathologists’ and oncologists’ associations in Cyprus also defended Agathangelou’s appointment to the HIO board.

“His presence within the board will certainly be beneficial to Gesy,” a statement released by the pathologists’ association said. “Thanks to his presence, the operations of the national health scheme will certainly improve on both administrative and scientific levels.”

Oncologists reiterated the message, calling Agathangelou’s presence within the HIO, “positive news for everyone in Cyprus, including Gesy stakeholders and current and future patients.”

On Monday morning, speaking on state radio, Disy deputy and chairman of the House health committee, Efthymios Diplaros, reassured that Agathangelou’s appointment will not result in a change of structure within Gesy. Diplaros had called a meeting of the committee to discuss the matter.

During Monday’s committee meeting Agathangelou said the aim of everyone was for the Cypriot citizen to enjoy high quality health services.

He also gave assurances on Saturday that he had no intention to change the philosophy of Gesy or the way it operated, as he had been charged by his detractors. There was a need for a health scheme, he said, but noted that it required improvements.

“Cooperation, the submission of all views, thoughts, disagreements and proposals is the recipe for solutions,” said Dr Agathangelou. In an announcement on Saturday, he said he expected to be judged by his work as an HIO board member.

Also speaking on Trito, a member of the Cyprus patients’ association (Osak) Pambos Papadopoulos said all social groups and organisations within Gesy were opposed to Agathangelou’s appointment and would ask that it is revoked.

Osak was to have a meeting with unions represented on the HIO board on Monday evening to decide what action to take to block the appointment.

“I cannot understand why President Nicos Anastasiades gave his approval to the decision to appoint Dr Agathangelou to the HIO board of directors, which is why I requested a meeting with him during which I will formally ask for the appointment to be revoked.”

Agathangelou was put forward to be appointed to the HIO board by the Cyprus Chamber of Commerce which, by law, is entitled to have two representatives. It had also proposed the appointment of Dr Sotiriou, but no decision has been taken about him by the government.

Putin: West cannot isolate Russia and send it back in time

Minimum wage proposal to be ready this week