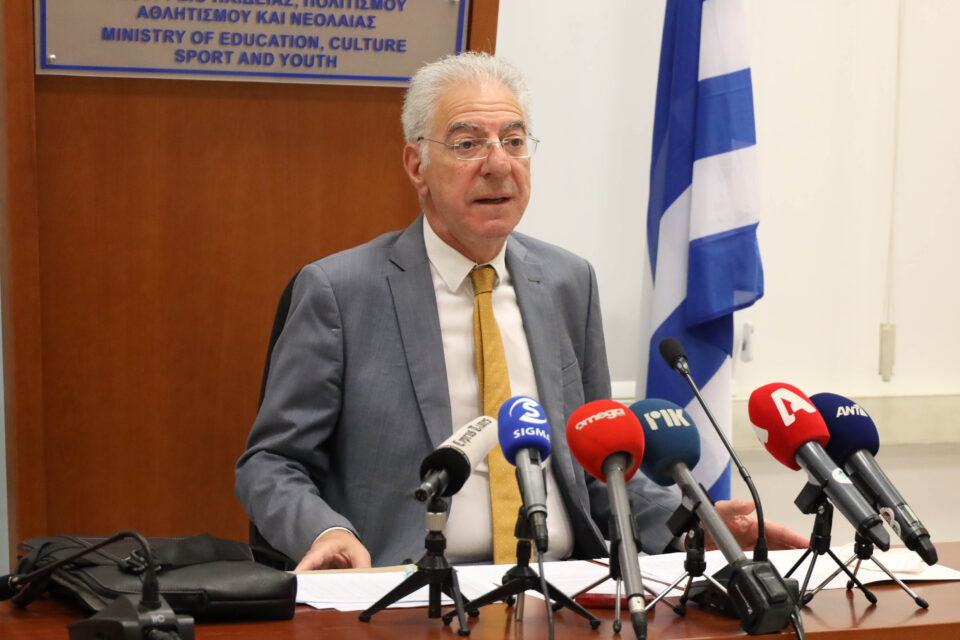 Education Minister Prodromos Prodromou on Tuesday welcomed a “clear improvement” in grades as the results of the Pancyprian exams for school leavers – on the basis of which students can secure a university place – were announced.

With the results, the ministry also published the names of 13 high achievers – eight girls and five boys — who secured a perfect 20 out of 20.

President Nicos Anastasiades was quick to congratulate all students who secured a place at university. In a message on Twitter, the president also conveyed congratulations to those who tried but did not succeed, saying “Your dreams are not defined by a result, but the determination with which you pursue them.”

Prodromou said that 5,049 of the 5,202 who took the exams had applied for a place at a state university in Cyprus or Greece.

He said that a total of 2,971 university places were allotted – of which 1,727 were at the University of Cyprus, 1,040 at the Cyprus University of Technology (Tepak), 97 at the higher hotel institute which now operates as part of Tepak, and 107 at military schools in Greece.

The minister said that the results show a clear improvement in performance. Both the average and the actual grades achieved by school leavers are higher than last year, he said.

Prodromou noted that impacting the results was the fact that the Pancyprian exams were entrance exams, separate from school leaving exams, with some 5,000 rather than 7,000 students being examined. Only those who were looking to enter university in Greece or Cyprus took the PanCyprian exams.

“But this decision too is part of the wider educational reform being implemented so as to have better recognition and targeted intervention, as is the purpose of the new evaluation system,” he said.

Prodromou said that last year 19.5 per cent of candidates had grades of 0-5/20 in modern Greek, this year the number was down to 9.4 per cent. For mathematics, the corresponding figures was down from 35.7 per cent to 25.2 per cent.

“However, we must turn our attention to the fact that we have such a low grade (0-5/20) for 21.9 per cent of cases in history, 35.4 per cent in [a different course of] mathematics, 31 per cent in economics, and 23.9 per cent in physics. There is room for improvement provided we follow the right policies,” Prodromou said.

The results for Greek public universities will be announced in the next few days.

Bank of Cyprus deadline for voluntary retirement put back

Academics call for Nicosia mobility plan to have a holistic approach