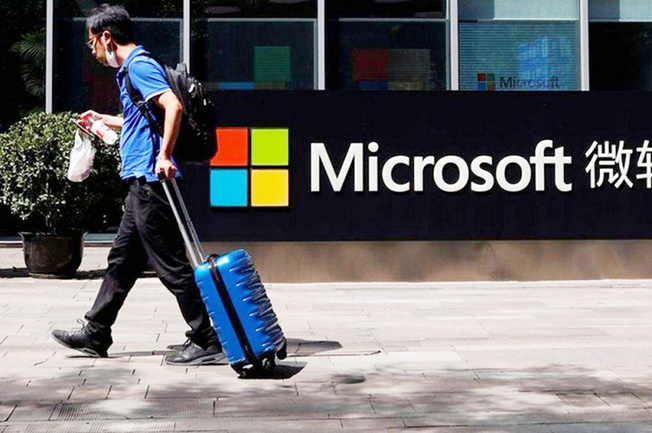 US companies are facing a “new era” in which fewer people are entering the workforce and pressure to pay higher salaries may become permanent, Microsoft Corp’s President Brad Smith told Reuters in an interview.

At the software maker’s Redmond, Washington, headquarters, Smith highlighted one source of what he called today’s “greater economic turbulence.” In his office, he walked over to a wall-sized touchscreen device and pulled up a series of charts, showing how population growth has tumbled in the United States, Europe, China and Japan.

The trend of around five million people expanding the US working age population every five years since 1950 has shifted, starting in the period between 2016 and 2020 when growth slowed to 2 million, and is now slowing further, said Smith late last week, citing United Nations data. Major markets overseas have seen outright labor force declines.

“That helps explain part of why you can have low growth and a labor shortage at the height at the same time. There just aren’t as many people entering the workforce,” said Smith, who helps oversee the nearly $2 trillion company selling cloud-computing services to major businesses.

Government stimulus during the pandemic, COVID-19 concerns, childcare and other factors have contributed to the current labor shortage as well.

Executives including Mark Zuckerberg, chief executive of Facebook parent Meta Platforms Inc META.O, have recently fretted about the economy. Zuckerberg warned the United States might face “one of the worst downturns that we’ve seen in recent history,” though Smith said it would be premature to declare a recession inevitable. Read full story

Competing for limited workers, Microsoft recently boosted pay at the same time as it slowed hiring, company officials said. The software maker also trimmed a small percentage of jobs pegged to the start of its new fiscal year.

Smith said Microsoft’s business selling productivity tools, cloud services and technology with artificial intelligence, which enterprises may need in a downturn, sets it up to weather economic challenges. The company has recently faced antitrust scrutiny in Europe, and Smith said Microsoft had until October to “finalize the implementation” of changes he promised. Read full story

U.S. Department of Labor data from June showed employers broadly had continued to raise wages and hire more workers than expected. Labor force participation, however, shrank for the second time in three months, to 62.2%, showing no persistent improvement since the start of 2022. Read full story

Population growth has become a hot topic in the tech industry. Tesla Inc TSLA.O CEO Elon Musk, who reportedly has nine children including newborn twins, has particularly drawn attention to the low U.S. birth rate. “Doing my best to help the underpopulation crisis,” he wrote on Twitter.

Smith said he concurred with Musk “maybe in the problem. I’m not recommending the same solution.”

President Anastasiades, and his wife, tests positive for Covid-19