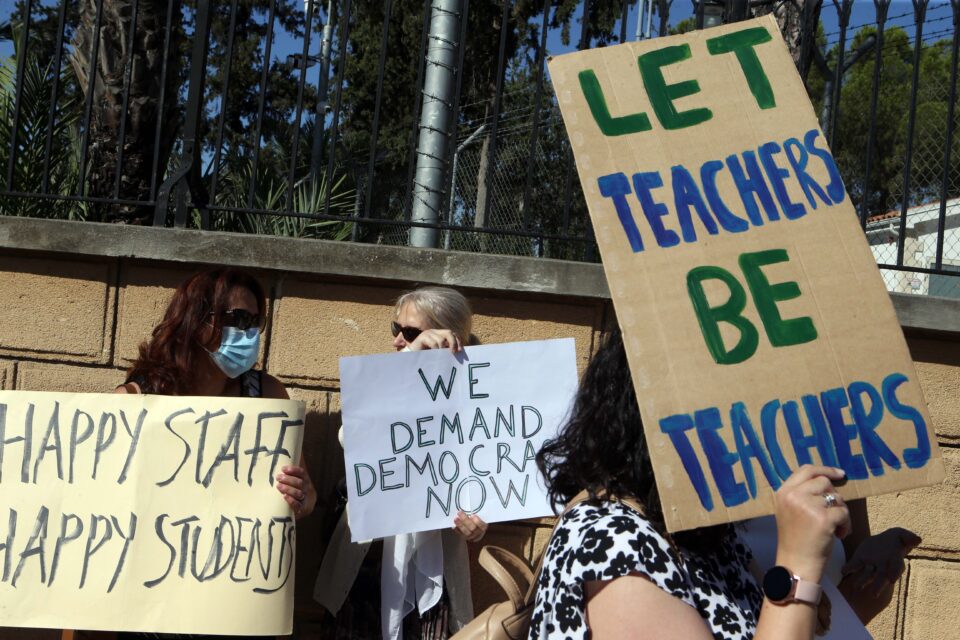 Sparks flew during an extraordinary House education meeting on the English School dispute on Tuesday as the school’s board of management refused to attend, communicating their position in writing.

The board forwarded a letter to the House education committee saying it is entitled to initiate proceedings where disciplinary misconduct is found.

MPs criticised the board’s refusal to attend the session that aimed to put an end to the conflict at the school.

Chairman Pavlos Mylonas referred to “unprecedent arrogance” and said they will be issued a warning. He explained this is a criminal offence, and the relevant legal provisions will be activated if it is repeated.

The issue has unfortunately taken a course of conflict, Mylonas added, and it is possible there will be problems with the start of the new year at the English School, something the committee will try to prevent.

The chairman said the committee, apart from Disy MPs, has co-signed a letter addressed to President Nicos Anastasiades, in which they urge the president to intervene and prevent the dismissal of the teachers.

He noted the board seems dismissive of the fact that the state is supporting the school with €300,000.

“We do not want to impose anything on anyone, but on the other hand we cannot turn a blind eye to the possibility that even one teacher is being victimised,” Mylonas said.

At the end of the day, he added, the victims of the situation are the students of the school and their parents, who pay high tuition fees.

The board said the school has “a well-established right to apply the provisions of its disciplinary code where it has reasonable grounds to suspect that disciplinary misconduct has been committed.”

Saying that the management’s primary concern is the smooth operation of the institution, they noted that the school’s right to proceed with its legal procedures has been confirmed by a letter from the relevant department of the labour ministry.

It also clarified that the decision was unrelated to the academics’ trade union involvement.

“The investigation of these staff members has nothing to do with their trade union activity, which the English School respects and honours,” the letter, signed by the president of the school’s management board Charalambos Iosifides.

Meanwhile, one of the three teachers, Myrto Hassapopoulou, who is awaiting her dismissal and was present at the committee, called on the president to intervene and stop the “beheading” of the union as she said, and the dismissal of “three excellent teachers”.

The session was also attended by the director of the office of the president Pantelis Pantelidis on behalf of the presidency as well as representatives from the education ministry, legal service, parents’ organisation, and the English school employees’ trade unions.

Founded over 100 years ago in Nicosia, the English school is a private secondary school the legal status of which was confirmed in 2007 by a final decision of the Supreme Court. However, it is still regulated by a special legislation dictating that its management and maintenance are responsibilities of the state, which also means that part of its budget comes from state funding.