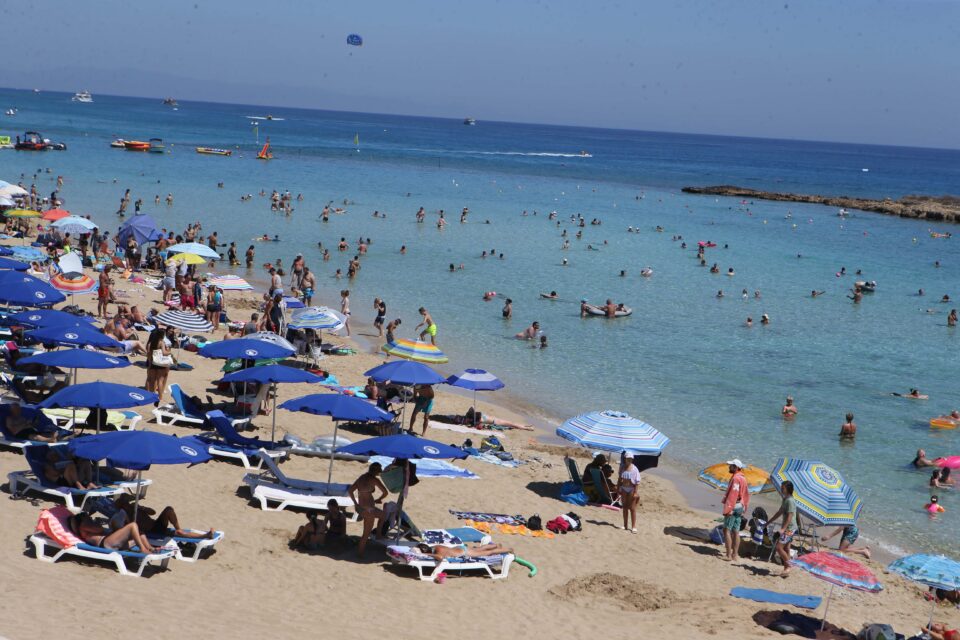 While the rest of Europe has been experiencing unprecedented temperatures this year, some reaching record levels, Cyprus’ summer 2022 is nothing out of the ordinary and the island has not seen any record heat so far, according to the met office.

This year’s summer is not hotter compared with previous ones, senior meteorological officer, Michalis Mouskos told CNA on Wednesday.

Mouskos said that heatwaves were a combination of three parameters, namely temperature, humidity and wind, and so far this year, Cyprus has not entered ‘heatwave territory’, which for the island would be above 42C.

The almost-daily yellow warnings are issued for extremely high temperatures of around 40C but are not classed as heatwaves.

“We haven’t seen the very high temperatures that we’ve seen in previous years, which was over 42-43 degrees Celsius,” Mouskos said.

He added, that excluding the last few days, during which an increased level of discomfort was being experienced “we have been experiencing a mild summer with temperatures close to the seasonal average,” he added.

Mouskos said normally the highest temperatures would be seen between mid-July and mid-August.

“Compared to previous summers, we cannot say that this summer is particularly hot or that there’s something that we have not seen before,” he said.

The average for this time of the year, he said should be around 38C although in recent days the temperature has hit 41-42C but he expects it to go back to around 39C in the coming days.

“What we are seeing is that there is a more prolonged trend of high temperatures and high humidity these days. This does not appear to be abating, at least until the weekend,” he said. He also explained that humidity also contributes to the increased feeling of discomfort.

In previous years, he added apart from the three summer months, Cyprus had experienced very high temperatures in the month of May as well.

“This year nothing like that was observed,” he said, adding that the summer was not predicted to be excessively hot from here on out.

“At least the seasonal weather forecast models don’t show us that trend. However, this can be overturned at any time, because the seasonal model takes into account many parameters that can change,” he said.

Mouskos said people may have the perception that it’s hotter but that could be to do with the growing awareness about climate change and more media coverage than before.

This time last year, Cyprus had already recorded the highest temperatures for the year, and yellow, orange and even red heat warnings for some areas were issued a number of times.

In July last year, the temperature topped 40C five times, and the average highest temperature for the month was 38.1. In 2020, the number of days with temperatures higher than 40C was eight, and the monthly average recorded was 38.6. The first week of August 2021, saw temperatures officially reach 44C inland.

On whether climate change was apparent in Cyprus, Mouskos said that it was not particularly noticeable, since the Cyprus summer is hot and dry anyway.

He said to establish this, statistics for a period of 20-30 years, not just two or three, would need to be studied.

“But that does not mean we have escaped climate change,” he said, adding that in the future, “we should expect higher temperatures for longer periods.” However, he said, for whatever reason, “this is not what we are seeing this year”.

That does not mean that people should not be cautious with the combination of high temperatures and high humidity, especially vulnerable groups of the population and especially during the hottest time of the day.

Some climate experts say climate change alone does not explain all the reasons behind increased temperatures, explaining that cities such as Nicosia can be considered hot spots as more concrete from roads and buildings means there are [localised] temperatures that register higher and influence overall measurements.

Our View: Authorities can do no more over risky behaviour at Cape Greco