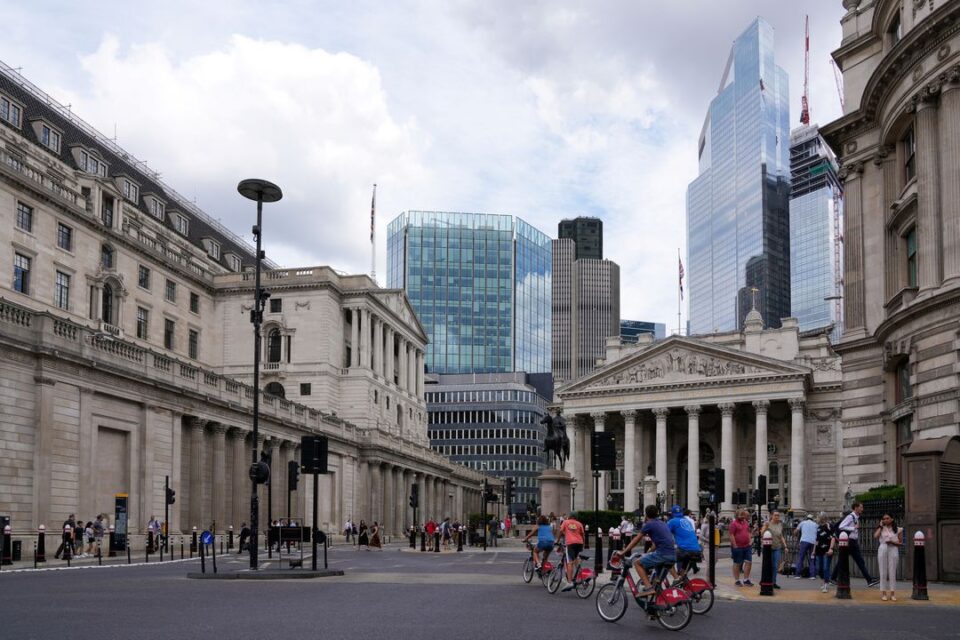 Talk of changes to the Bank of England’s powers has revived a debate on whether central banks should be independent of governments and in what way.

Central bankers are tasked with preserving the value of a currency by keeping inflation in check. For this purpose, many of them are shielded from political pressure from governments.

Once a sacred cow in the Western World, this independence has been called into question more often in recent years as central banks stepped in to prop up governments when they were hit by the global financial crisis and then by the coronavirus pandemic.

Here are some questions and answers about a topic that is quickly spilling over from academia into the political domain and could have a profound impact on inflation in the next decades.

The front-runner to become Britain’s next prime minister, Liz Truss, has promised to review the Bank of England’s remit — potentially including its ability to set interest rates free from government interference.

This came after the UK’s central bank raised rates by the most since 1995 on Thursday while also forecasting a long recession and double-digit inflation — a double whammy to household finances.

The BoE’s governor Andrew Bailey is not alone. Central bankers across the world are under fire from politicians for failing to predict and prevent the current bout of high inflation.

WHAT IS CENTRAL BANK INDEPENDENCE AND WHY DOES IT MATTER?

A central bank is independent if it can make policy, such as setting interest rates or printing money, without interference from elected officials or the private sector.

The idea is that governments would lean on the central bank to engineer a boom when they need re-election and stop rate hikes that would be too painful for their voters.

This would cause the economy to overheat and inflation to run too high until an inevitable bust.

Instead, central bankers should squarely focus on inflation, sometime married with another goal such as full employment, and let politicians deal with questions of redistribution and fairness.

Data shows that central banks that were more independent, such as those of Germany, Austria and Switzerland, achieved lower inflation between 1970 and 1999 than those with closer ties to their governments, for example in Norway, New Zealand and Spain.

But this relationship became weaker in the new millennium as new forces came into play, such as greater globalisation and the introduction of the euro.

The alternative, however, is hard to stomach.

In Argentina, where the central bank is firmly under the president’s control, inflation is nearing triple digit, the peso has lost half its value in less than 1-1/2 years and citizens face restrictions if they want to buy foreign currency or sell goods abroad.

ARE MOST CENTRAL BANKS INDEPENDENT?

Most central banks in the developed world and many in emerging economies are formally independent, albeit to varying degrees.

In practice, the line between central banks and governments can get blurry and is in some cases little more than a polite fiction.

Turkey’s central bank is formally independent but that hasn’t stopped the country’s president, Tayyip Erdogan, from sacking governor after governor if they didn’t grant his wishes.

Even in the United States and Europe, central bankers are routinely accused of bankrolling states with massive purchases of government debt, which have become common since the global financial crisis.

While these ‘quantitative easing’ programmes are always justified with the need to boost inflation when it’s too low, they place central bankers working shoulder to shoulder, rather than at arm’s length, with their governments.

This was nowhere more visible than in Japan, where the central bank owns half of the government’s debt.

HAS CENTRAL BANK INDEPENDENCE ALWAYS BEEN THE NORM?

No, central banks were until recently an arm of the government.

The idea of having a fully independent central bank was discussed by economist Milton Friedman in 1962, who dismissed it on the ground that it wouldn’t survive the first “real conflict” with government.

The Federal Reserve has enjoyed operational independence since 1951 but presidential interference lasted at least into the 1970s.

The then Fed chair Arthur Burns came under pressure to keep policy easy in order to help US President Richard Nixon win re-election.

The ensuing, decade-long bout of high inflation, triggered by an oil shock that Burns’ Fed sought to accommodate, boosted the idea of central bank independence.

This gained currency in the 1980s and took off in the 1990s, when many central banks, including the Bank of England, were reformed and more were created in what used to be the Eastern Bloc.