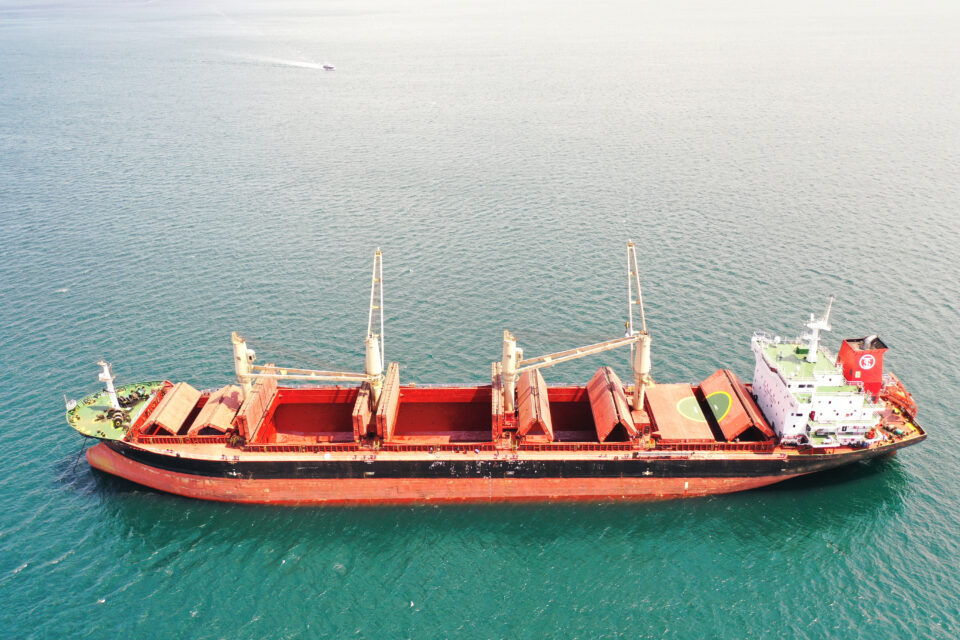 The Osprey S, was inspected in Istanbul on Sunday and was nearing Ukraine on Monday morning REUTERS/Umit Bektas

The United Nations, Turkey, Russia and Ukraine issued long-awaited procedures on Monday for merchant ships exporting Ukrainian grain and fertiliser through the Black Sea, according to a document seen by Reuters.

“The Parties will not undertake any attacks against merchant vessels or other civilian vessels and port facilities engaged in this initiative,” the document said.

The Sacura, which departed from Pivdennyi, is carrying 11,000 tonnes of soybeans to Italy, Turkey’s defence ministry said on Monday, while the Arizona, which left Chornomorsk, is carrying 48,458 tonnes of corn to Iskenderun in southern Turkey.

The four ships that left Ukraine on Sunday are expected to anchor near Istanbul on Monday evening, Turkey’s defence ministry said, adding they would be inspected on Tuesday.

The U.N.-brokered deal to restart Ukraine Black Sea exports is overseen by a Joint Coordination Centre (JCC) in Istanbul made up of Turkish, Russian and Ukrainian military officials and U.N. officials.

According to the procedures agreed, the JCC will provide information on the planned movement of ships through the maritime humanitarian corridor, which will be shared with Russia, Ukraine and Turkey’s military to prevent incidents.

“No military vessel, aircraft or UAVs (drones) will close to within 10 nautical miles of a merchant vessel transiting the maritime humanitarian corridor, excluding territorial seas of Ukraine,” the document said.

The Razoni, which was the first ship to depart, was scheduled to arrive in Lebanon on Sunday but is currently at anchor off Turkey’s southern coast, according to Refinitiv ship tracker data.

Ukraine’s Infrastructure Ministry said on Sunday the Fulmar S, the first foreign-flagged bulk ship to reach the Black Sea port of Chornomorsk since the conflict, was ready for loading.

A second ship traveling to Ukraine, the Osprey S, was inspected in Istanbul on Sunday and was nearing Ukraine on Monday morning, Refinitiv data also showed.

U.S. to send $4.5 billion more to Ukraine for budget needs