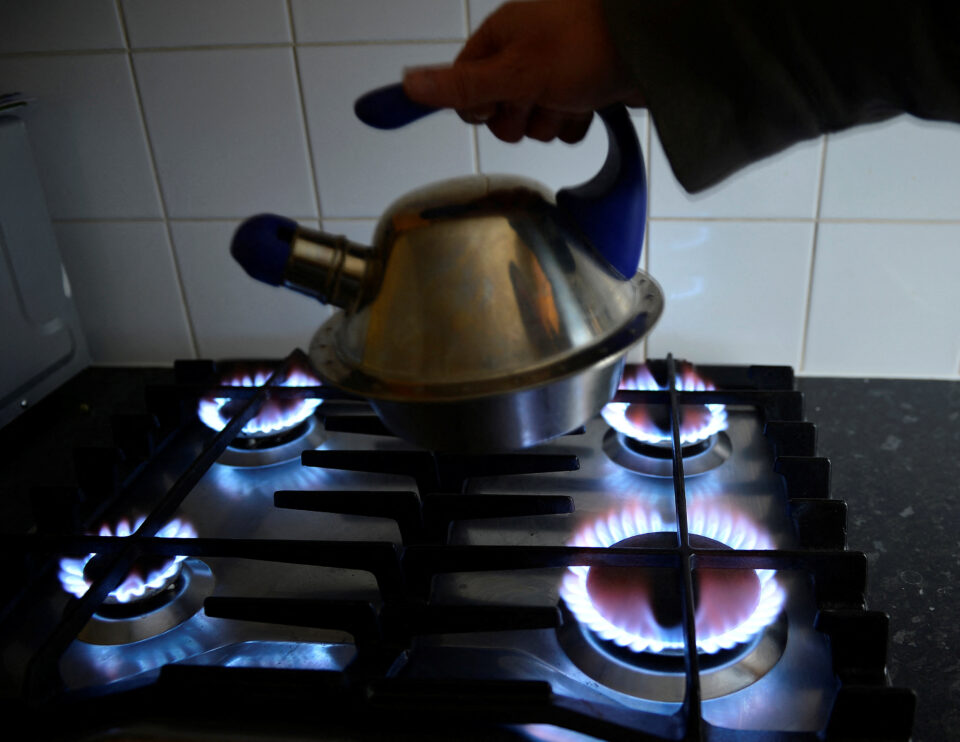 British consumer energy debt is already at an all-time high, a survey showed on Wednesday, with six million households owing cash to providers even before bills leap in October and again in January.

Britain is bracing for already high energy bills to more than triple this year, with charities warning that millions of people could be forced into poverty if the government does not launch a multi-billion pound support package to soften the blow.

The looming crisis has put the two candidates to become the next prime minister under pressure to set out their response, and prompted questions as to whether heavy industry and households would face power blackouts later this year.

According to comparison website Uswitch, almost a quarter of households owe 206 pounds ($249.10) to providers, a sum that has risen by 10% in just four months. Energy accounts normally move into credit in the summer to help cover the winter months. Uswitch said 8 million households now have no credit at all.

“This suggests the cost-of-living crisis is already squeezing budgets dramatically, even during the summer months, as families struggle with rising bills in all areas,” Justina Miltienyte at Uswitch said.

The figures show the scale of the challenge facing Foreign Secretary Liz Truss and ex finance minister Rishi Sunak, one of whom will be named as prime minister on Sept. 5 at the end of a weeks-long process that has stymied the political response.

Johnson’s outgoing government has pointed to a convention that it should not make major policy changes during the race to succeed him, although Treasury minister Simon Clarke said officials were drawing up a package of support measures for the next prime minister to consider. Read full story

The government said Cabinet Office minister Kit Malthouse had held a meeting of ministers and officials from several departments on Wednesday to accelerate work on tackling winter pressures, including the rising cost of living and energy prices.

The two have clashed over the best way to help, with Sunak saying the government has a moral responsibility to provide further support payments to the worst off, while frontrunner Truss has caused consternation by insisting that she would rather cut taxes than dole out “handouts”.

She said on Wednesday she would do everything she could to get people through the winter, but reiterated that she did not want to take cash off people in taxes, only to return it in energy support.

Truss also said it was important to work with energy companies on supply to bring prices down. Read full story

Critics say tax cuts would favour the richest over the poorest, and vocal consumer rights champion Martin Lewis has described the proposal as “outrageous”.

Separately, the government said ministers would host the bosses of energy generating companies on Thursday while they consider how to respond to the “extraordinary profits” seen in certain parts of the electricity generation sector.

The government introduced a 25% windfall tax on oil and gas producers’ profits in May, which helped to fund a package of support for households. Since then, wholesale gas prices have more than doubled.

The deteriorating conditions have prompted reports that managed blackouts could be introduced in the winter. The business department said the country would get the electricity and gas it needs.

The National Grid Electricity System Operator (ESO) has said supplies could be tight over some periods in the winter, but that it has the tools to cope.

Its plans do include power from Europe however, and questions have grown in recent months about the robustness of that supply.

It will publish a full winter outlook in the early autumn.