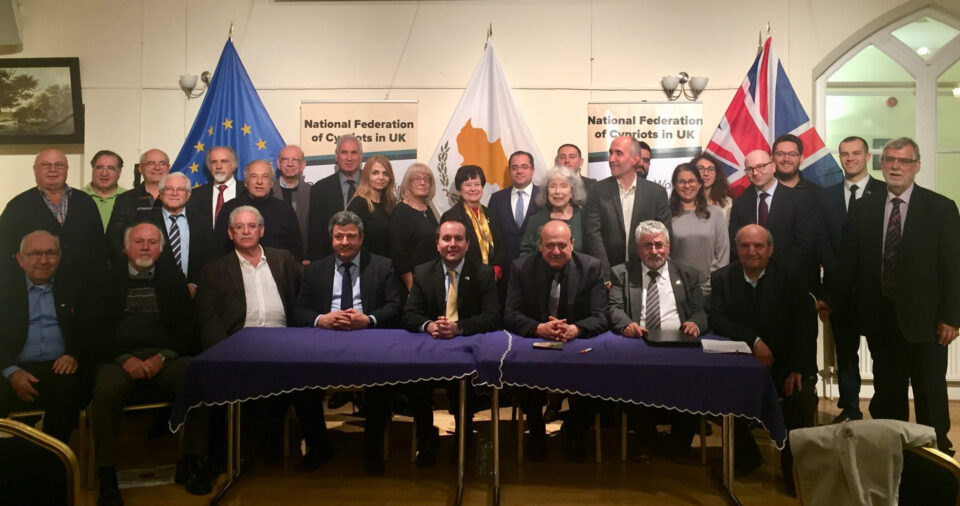 The National Federation of Cypriots in the UK

It is seen as a symbol of unity for the community, working with all political parties to coordinate the activities of the Cypriot community in the United Kingdom. With a sense of pride and passion for his Cypriot roots and heritage, Christos Karaolis has been a driving force for the National Federation of Cypriots in the UK, making it more innovative and dynamic under his leadership.

“The National Federation of Cypriots in the UK is a member branch of the World Federation of Overseas Cypriots (Pomak), and every year we hold a big congress in Cyprus with other Cypriot diaspora organisations from around the world,” president of the federation, Christos Karaolis said. “It is an opportunity for us to come together and engage with the president of Cyprus, ministers, and the entire Cypriot government infrastructure about so many issues that we face as a diaspora, as well as how we can assist in terms of the problems the government of Cyprus faces, not the least of which is the ongoing occupation of the island.”

Founded in 1974 after the Turkish invasion, the National Federation of Cypriots in the UK is a representative body of the 300,000 Cypriots residing in Britain today.

“As the only official mouthpiece of the community, the federation has supported the interests of the diaspora, advocating the cause of a reunified Cyprus, reminding the British government of its historic and treaty obligations to Cyprus as a guarantor power,” Karaolis told Living. “The federation has sought to raise awareness of the Cyprus issue among members of the public through demonstrations and social media campaigns.”

Christos Karaolis was elected president of the federation in 2015 after four years on the executive committee and the secretariat. He is the federation’s fifth president since its founding and the first Cypriot of third generation to hold that office. In addition to his active responsibilities in other Cypriot organisations, Christos is a qualified barrister and partner for one of London’s leading global management and consulting firms.

“My grandparents would frequently talk about their life in Cyprus and everything they had lost during the invasion, while my parents made sure we attended Greek school and learned about our traditions and customs,” Christos said. “From a very young age, my roots in Cyprus were instilled in me, and they undoubtedly define and shape me as an individual.”

According to Christos, there is an inherent challenge for the second and third generation Cypriots who are born outside of Cyprus to maintain that link back to the island. “Unfortunately, they lack that proximity, however various Cypriot organisations also play a critical role in bridging that gap.

“The way I view my identity, it complements the fact that I was born in the UK and that I am British. Having roots in Europe is something that makes me a better, more well-rounded individual.” 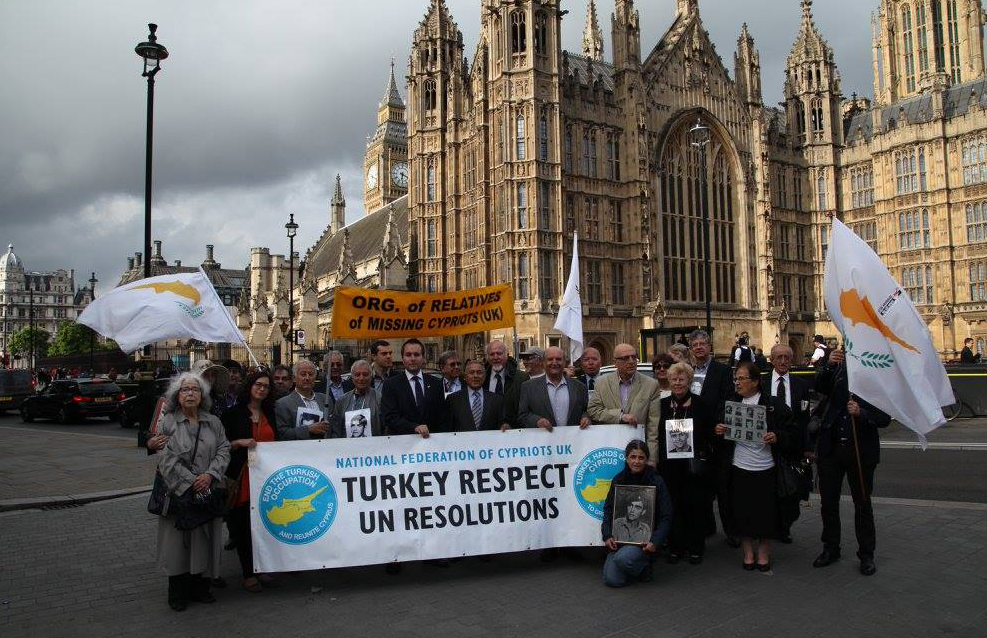 As a community, the Cypriots of the United Kingdom have never forgotten their roots. They have sought to commemorate the Cypriot struggle for independence of 1955-1959 and Greek Independence Day of 1821, working in collaboration with community schools. “The federation has also built close relationships with other minority communities in the UK, including Greek, Jewish, Egyptian, Armenian, and Kurdish to further common goals and objectives,” Christos added.

In terms of branding, Christos believes the Cyprus government has made efforts to market the country as a tourism destination, however the pandemic has accelerated the need to rethink the island’s brand strategy. “The government of Cyprus needs to reconsider the one or two things the island needs to be renowned for and be really clear in their public messaging around that. More significantly, though, they need to follow through with the ecosystem that will make it a reality, such as putting important incentives in place as well as the infrastructure, and the talent pool to support it.”

For over four decades, the National Federation of Cypriots in the UK has advanced the interests of its community, whether political, social, cultural or educational, and has further enhanced and accelerated the contribution of UK Cypriots in British society and institutions. “In addition to politicians, the federation has developed close links with local government, media, and ethnic minority organisations, along with many other institutions, firmly placing us on the map.”

The federation will host a major gala event in September to commemorate Cyprus’ 60th year as a democratic nation. “The dinner was originally planned for last year; however, it was postponed due to the pandemic,” Christos said.

“We are proud to be hosting ‘A Celebration of Cyprus,’ with President Nicos Anastasiades as guest of honour in the last few months of his term. Our thriving diaspora will have the chance to commemorate Cyprus’ independence as well as their enormous contributions as Cypriot Britons.”

Is apple cider vinegar the key to shiny, healthy hair?