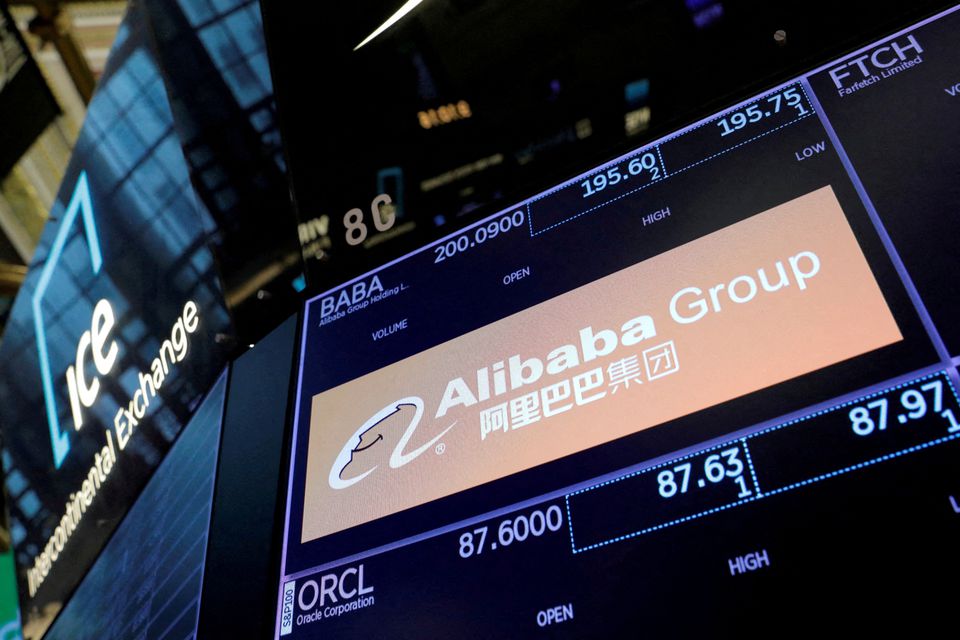 SoftBank Group Corp (9984.T) said on Wednesday it would book a gain of $34.1 billion by cutting its stake in Alibaba Group Holding (9988.HK), as the investment behemoth looks to shore up its cash reserve to weather the market downturn.

The Japanese company will reduce its stake in Alibaba to 14.6 per cent from 23.7 per cent by settling prepaid forward contracts. Alibaba’s US-listed shares were down 1.3 per cent in early trade.

SoftBank booked a $50 billion loss at its Vision Fund investment arm in the first half of the year as its tech bets soured, with Chief Executive Masayoshi Son on Monday pledging to further reduce investment activity and cut costs.

By settling the Alibaba share contracts, SoftBank “will be able to eliminate concerns about future cash outflows, and furthermore, reduce costs associated with these prepaid forward contracts,” it said in a filing.

“These will further strengthen our defence against the severe market environment.”

The estimated total gain of 4.6 trillion yen ($34.1 billion) includes 2.4 trillion yen from the revaluation of shares in the Chinese e-commerce giant and a derivative gain of 0.7 trillion yen, the filing showed.

Son bought into Alibaba for $20 million in 2000 and the Chinese firm’s growth to become one of the world’s biggest e-commerce companies helped burnish his tech investor credentials.

But Alibaba has lost more than two-thirds of its value from highs in late 2020, hit by Beijing’s crackdown on the tech sector that included a hefty fine on Alibaba and scrutiny of founder Jack Ma’s business empire.

The settled prepaid forward contracts correspond to a maximum of about 242 million American depositary shares of Alibaba, or roughly 9 per cent of the Chinese company’s total outstanding shares.

“At first glance, this may be somewhat supportive (for Alibaba shares) because of substantially reduced fears of future overhang, but it is not an unmitigated positive,” said Quiddity Advisors analyst Travis Lundy, who publishes on Smartkarma.

“The largest holder sold nearly half their stake and some may take meaning from that.”

The SoftBank transaction is not expected to result in additional sales of Alibaba shares on the market as the shares were hedged at the time of the original monetisation, SoftBank said, adding it would “continue to maintain a good relationship with Alibaba.”

“It is a mixed situation for Alibaba investors, if you were a long-term investor who believes in the future of the company, it is ok. However, there will be some incremental near-term selling pressure at this point,” said Bo Pei, analyst at US Tiger Securities.

Ties between the two companies have weakened in recent years, with Ma leaving SoftBank’s board in 2020 and Son stepping down from Alibaba’s board the same year.

The Japanese billionaire, who has also bet on ventures such as ride-hailer Didi Global, has sought to emphasise the decreasing relative size of China tech in his portfolio after valuations were hit by regulatory action and increased US-China tensions.