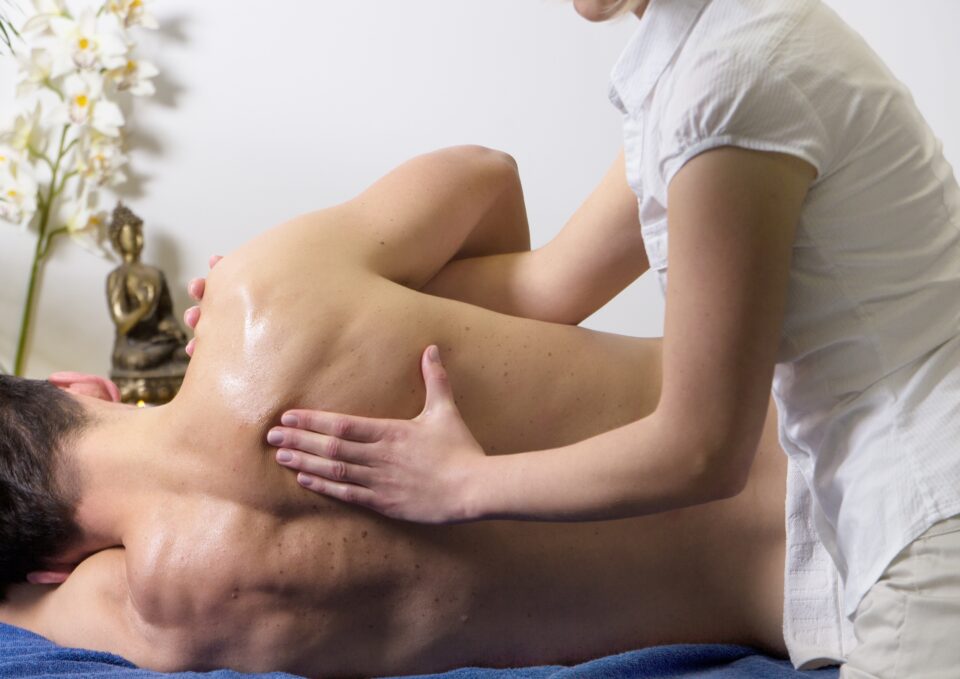 Massage is over 5,000 years old, so it’s no wonder there are hundreds of different styles in massage incorporating thousands of techniques

“It’s a problem,” says qualified Sophia Paizakis Izamis, founder of Geri-based Tranquil Massage Therapy. “And not just in Cyprus. You wouldn’t believe the phone calls I’ve had and the services people assume I offer just because my job title involves the word ‘massage’!”

Around the world, qualified massage therapists like Sophia are often mistaken for members of the world’s oldest profession. “It’s a popular misconception,” says the 48-year-old, “especially amongst men. Even those you’d least expect: I’ve been propositioned by married men; men with children; and even men who are active figures in the church.”

We’ll get to these shocking stories in a bit. But first, Sophia wants to set the record straight. Because professional massage therapy, she reveals, is “absolutely nothing to do with sex. It’s a treatment that’s used to heal, to benefit everything from the lymphatic system to immune function, and it dates back thousands of years…”

First recorded in 3000 BC in India, massage was originally considered a method of natural healing: used to repair injury, relieve pain, and both prevent and cure illness. By 2700 BC, massage had reached the Far East (where it blended with Buddhist and Taoist principles suggesting disease is caused by an energy imbalance). And by 2500 BC, massage therapy was being utilised and improved by the ancient Egyptians, who discovered specific pressure points on the body that could relieve physical aches and pains.

“Today,” says Sophia, “we refer to these pressure points as myofascial release, and they’re just one of the many techniques a professional massage therapist will utilise in treatment. There are hundreds of different styles in massage, which incorporate thousands of techniques,” she adds. “What is used will depend more specifically on the therapist’s training, the needs of the client, and the area of the world you’re in.”

Sophia herself practises Swedish massage, a popular technique that includes kneading, tapping and movement of the joints to treat stress release, muscle tension, low energy and reduced immunity, amongst other ailments. And so good is she at her work, that she recently took third place in Swedish Massage category at the Pan-Hellenic Massage Competition, hosted by the World Massage Federation in Athens.

“I was one of a team of five professional massage therapists, four women and one man, who represented Cyprus,” she explains. “There were various categories, including Therapeutic, Sports, Wellness and Spa, Eastern style, and Western Freestyle (also known as Swedish Massage), and hundreds of contestants from around the world took part. We were judged on criteria such as technique, flow, posture and client interaction. And, as a team, we did ourselves proud; as well as my bronze medal, the therapist from Paphos took silver in the Eastern style.”

Sophia admits she’s always loved helping people. “I grew up in South Africa and moved to Cyprus with my family when I was 19,” she reveals. “And I’ve always been motivated by helping others. Even before I trained in massage, I was a personal assistant, a job that requires many of the same character traits: a desire to help, strong organisation and communication skills and a very calm demeanour!

“I think this tranquillity of character is especially important in massage,” she adds. “Many of my clients come to me after a long week at the computer, or following an intense workout. And a lot are in their 20s and 30s: people who are aware of their health and wellbeing and realise the distinct advantages of massage.”

Not all clients, however, understand that massage is a professional therapy. “When I first opened my practice,” Sophia recalls, “I innocently created a Facebook page to advertise my new venture. Little did I know that the misconceptions surrounding this profession!”

One of the first calls came from a young man who “said something very odd”, Sophia reveals. “He mentioned that his wife was pregnant, and this was affecting his conjugal rights. And then he enquired whether I could provide ‘relief’! I politely replied that I didn’t provide such services, certainly wouldn’t be able to offer him treatment of any sort, and hung up in shock! From then on, I realised that word of mouth was the best way to advertise my services!”

Over time, Sophia has built an excellent client roster on the strength of her professional reputation. But the odd dodgy client does still get through, she acknowledges…

“Just last month, an elderly gentleman was referred to me – a staunch family man well-known for his work with the church. Everything was fine until I asked him to don the disposable underwear clients wear during our 70-minute massage sessions, or keep his own underwear on. He barracked. ‘My usual massage therapist prefers me naked,’ he leered, before making a few sexual comments.”

Sophia immediately suggested her client might be more comfortable returning to his previous therapist. ‘No,’ he grumbled. ‘I can’t. The authorities closed her down.’

“And it’s no wonder!” she exclaims. “Clearly, it wasn’t professional massage therapy she was offering! But this type of thinking still persists. I’ve learnt to act with grace and firmness: in this case, I courteously requested that the client leave – and not return.

“In time,” she acknowledges, “I’m sure that more and more people will realise massage is a licensed therapy, carried out by a trained professional who is there to treat, help and heal. This is a job,” she concludes. “It’s the same as accountancy or teaching. It’s absolutely not a front for sex. And the sooner everyone realises that, the better!”