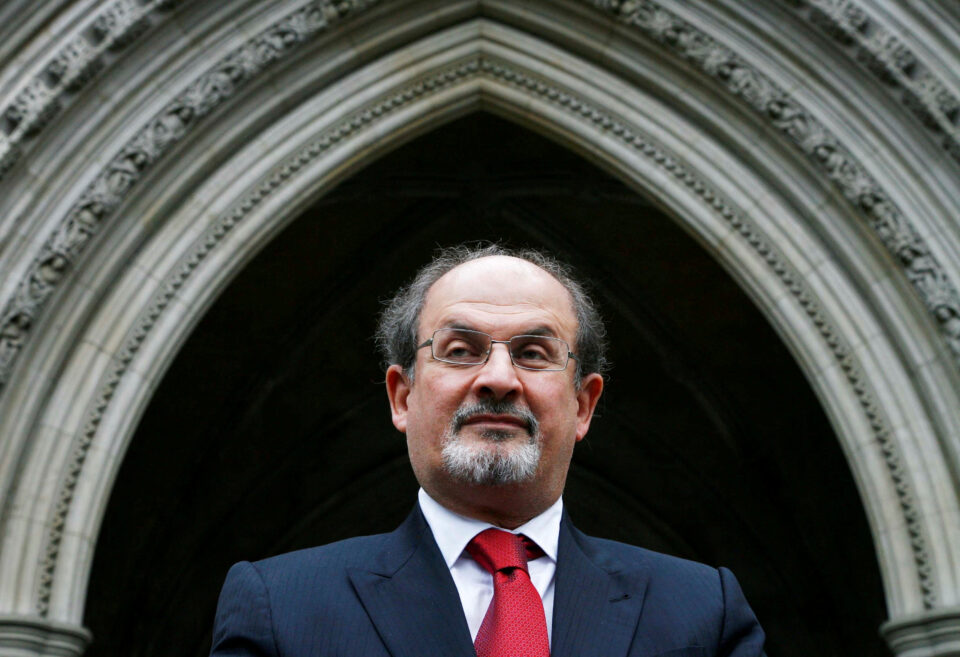 Many Iranians have turned to social media to show their anger and praise over the attack on novelist Salman Rushdie at a lecture in New York state, with some conspiracy theories linking it to Tehran’s nuclear talks in Vienna.

Rushdie remained hospitalised after he was repeatedly stabbed on Friday. His agent has said he is likely to lose an eye, among other injuries. Read full story

Authorities in Iran, where the author’s novel “The Satanic Verses” had drawn death threats since 1989, have made no public comment about the attack. But hardline state media outlets have celebrated it with headlines like “Satan has been blinded”.

Many ordinary Iranians have expressed their sympathies, however, posting on social media about their anger at the Islamic Republic’s clerical rulers for issuing a fatwa, or religious edict, in 1989 that urged Muslims to kill Rushdie.

“Through the fatwa, the Iranian regime is responsible for the attack on Salman Rushdie. This attack is not only an assault on freedom of speech, but shows how dictators have expanded their reach around the world to challenge security,” tweeted an Iranian user identified as Behrouz Boochani.

In 2019, Twitter suspended Iran’s Supreme Leader Ayatollah Ali Khamenei’s account over a tweet that said the fatwa issued by the late founder of Iran’s 1979 Islamic revolution, Ayatollah Ruhollah Khomeini, against Rushdie was “solid and irrevocable”.

Some Iranians have blamed the United States of plotting to disrupt the nuclear talks, during which Tehran and Washington have been struggling to salvage Iran’s nuclear pact with world powers that former U.S. President Donald trump exited in 2018.

“…, isn’t it odd that as we near a potential nuclear deal, the US makes claims about a hit on (John) Bolton… and then this happens?,” Mohammad Marandi, a media adviser to Iran’s chief nuclear negotiator, tweeted – drawing hundreds of likes and retweets, as well as people chiming in with their own similar comments.

Washington has charged an Iranian with plotting to murder Bolton, a national security adviser to Trump. Iran has rejected the accusation as “baseless”. Read full storyRead full story

In its online Sunday issue, the hardline Kayhan newspaper, whose editor-in-chief is appointed by Khamenei, wrote: “Divine vengeance has befallen Rushdie. Trump and (former U.S. Secretary of State Mike) Pompeo are next.”

Those comments echoed praise for the attacker in other hardline Iranian media on Saturday. Online posters also voiced their vitriol. Read full story

The accused attacker, 24-year-old Hadi Matar of Fairview, New Jersey, pleaded not guilty to charges of attempted murder and assault at a court appearance on Saturday.