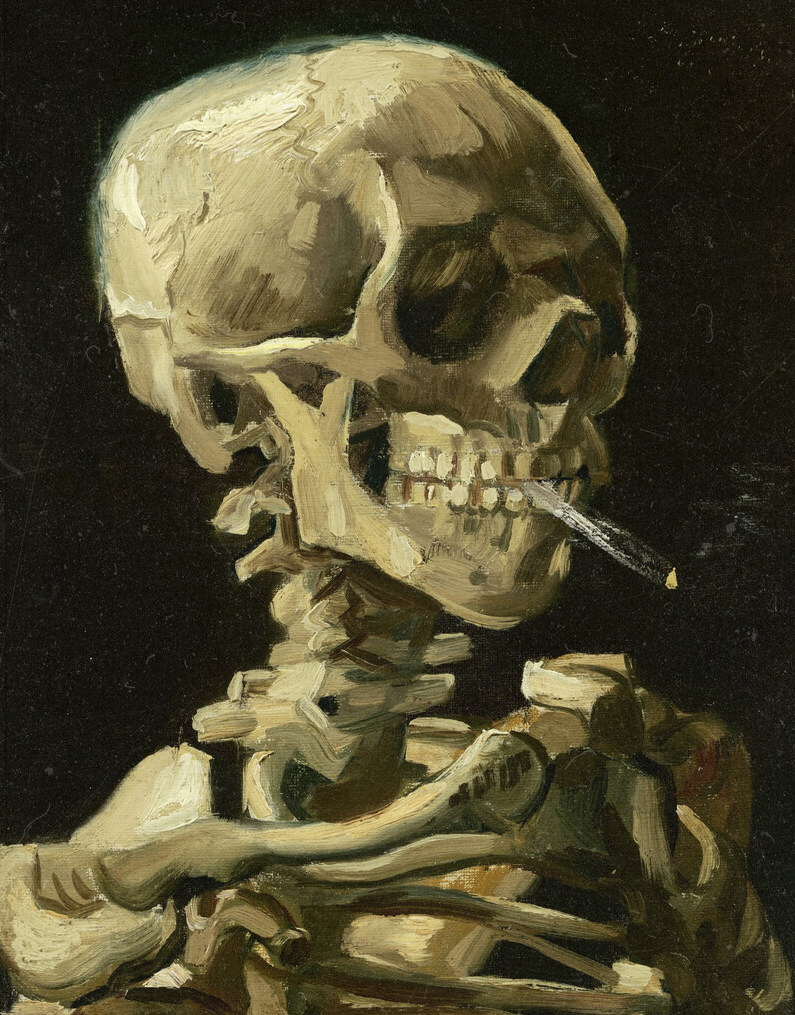 Jordanian-born Gabriel Dahabreh is one of the top thoracic surgeons in Europe. Since 2001, he has been serving as the director of the Thoracic Surgery Clinic of the Athens Medical Centre. In an interview with our regular columnist Christos Panayiotides, he explains why smokers are effectively asked to choose between life and death

In addition to the pain and suffering, smokers literally pay dearly for smoking (with an amount that the World Bank estimates at €200 billion per year) to medically address the consequences of smoking. Plus, of course, the cost of buying tobacco (including the heavy excise duties that are levied on such sales), which is enormous. It fully justifies the description of smoking as the greatest health and social scourge of all times.

Tobacco is a native plant of North and South America. It is true that tobacco contains certain narcotic substances, which have sedative properties. Tobacco was discovered by Christopher Columbus, around 1500, and in 1550 the first tobacco cultivations are found in Portugal and Spain. The spread of tobacco in Europe began in the middle of the 16th century, as a result of the Europeans believing that tobacco had healing properties. In the 17th century, the use of tobacco was so widespread that it was used as money and its value was similar to that of gold. In Greece, ever since tobacco was first taxed (in 1883), it has been a valuable source of state revenue.

It is a fact that during the two world wars the use of tobacco skyrocketed, because cigarettes were included in the soldiers’ regular provisions, very much like food. The tobacco companies sent the cigarettes to the soldiers free of charge, thus setting up their post-war permanent clientele! Two researchers, Wynder and Graham, estimated that in the 1960s an adult smoked, on average, 12 cigarettes a day and that 80 per cent of smokers started smoking before the age of 18.

During the post-war period of the 20th century cinema, literature and artists also played an important role in promoting the consumption of tobacco.

Famous artists often appeared with a cigarette in their hands or mouth, at work and during leisure times, but also at their homes, smoking heavily. The famous Marlene Dietrich made sure in her films to put a cigarette on the edge of her lips, while the charming American actress Rita Hayworth, in her best-known film, held a cigarette with a small pipe and proceeded leaving behind a cloud of smoke! Clint Eastwood was almost permanently with a partially smoked cigarette in his mouth. In the field of the painting, the great Pablo Picasso was an avid smoker and smoking appears in many of his works. The same problem was also experienced by the Spanish painter Salvador Dalí. But the one who painted the most striking and at the same time prophetic work – a skull with a cigarette in its mouth – was the Dutch painter Van Gogh. Edward Mane and Paul Cézanne followed similar paths.

In the category of famous smokers, one finds Samuel Clemens (Mark Twain) who once wrote “If smoking is not allowed in heaven, then I shall not go there!” and “Quitting smoking is dead easy; I’ve done it a thousand times!!” Oscar Wilde wrote: “Smoking is the perfect pleasure; it’s exquisite, and it leaves you unsatisfied.”

More than 4,000 chemicals have been identified in tobacco. Tobacco also contains radioactive substances such as radon, bismuth and polonium. The International Society for Cancer Research. isolated 50 cancerogenic substances in cigarette smoke. Due to nicotine addiction, smokers are unable to resist the strong desire felt to smoke. The urge to smoke gradually leads them into a vicious circle, namely, the need of more and more nicotine to attain the desired level of euphoria. This process results in the exposure of the peripheral bronchioles of the lung to the carcinogenic impact of nitrosamine, since the peripheral bronchi do not have a protective epithelium. To put it bluntly, smokers must realise that they are drug addicts. That is the bitter truth.

The research on the connection of smoking with lung cancer began in the early part of the 20th century. In 1950, two scientific studies confirmed the linear relationship between cancer on the one hand and the length/quantity of smoking on the other hand. Many subsequent studies have confirmed the association of smoking with lung cancer. Smokers are 30 times more likely to develop lung cancer compared to non-smokers, while non-smokers exposed to tobacco smoke are 20-30 per cent more at risk, compared to non-smokers.

Statistical data relating το the period 1975-2010 confirm the association of smoking with lung cancer. During this period, the annual incidence of lung cancer, per 100,000 people, decreased in the case of men (by 47 per cent) but increased in the case of women (by 73 per cent). It is well known that in this period of time male smokers decreased while female smokers increased.

The appearance of bronchogenic cancer is associated with the time and the quantity of smoking. The most common histological type of lung cancer is the non-small cell cancer, distinguished into three main subcategories: squamous cell or epidermal carcinoma (20 per cent), adenocarcinoma (38.5 per cent) and mega-cellular cancer (24 per cent), which together make up about 85 per cent. The second type is the small cell lung cancer, which makes up 15 per cent of all cases.

Despite the progress of surgical techniques and anesthesia, the discovery of new chemotherapeutic drugs, the technology leaps in radiotherapy, the use of targeted therapies and of immunotherapy, unfortunately the prognosis remains poor. A five-year survival chance is related to the stage at which the disease is diagnosed. The earlier the stage of the diagnosis, the higher the chance of surviving over a period of five years. The available data clearly demonstrate the great importance of an early diagnosis and treatment.

In summary, I would say the following: